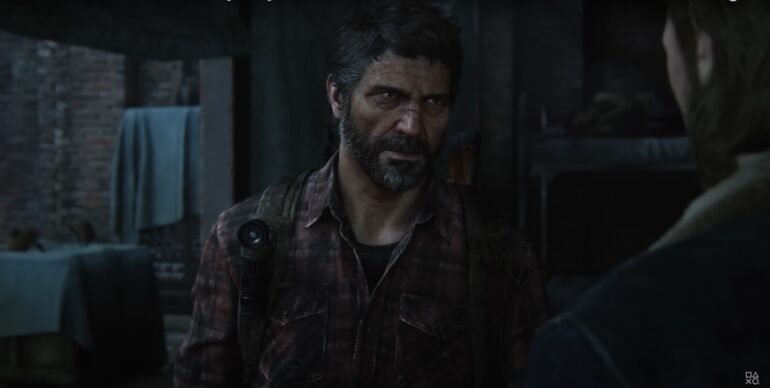 Naughty Dog recently shared a new trailer on how The Last of Us Part I would honor the game’s original version.

The Last of Us Part I Remake is Not a Remaster

According to Creative Director Shaun Escayg, TLOU Part I is a remake instead of a remaster due to the sum of its improvements. He was also the lead cinematic animator on the original. He revealed that this is not just the same characters, environments, art director, and other assets that are performing on the most recent hardware. He said that the team has completely redesigned everything they have learned over the decade since the original and utilized that new technology to create something that will be faithful to the original but has been reimagined in an updated way.

Escayg says that the game’s environments and spaces come alive with the remake. He set some examples like the light filters through trees, the moss swirls when the duo wades through waterlogged streets, and more. He says that players will have that immersive feeling when they play this game.

Combat and Audio Get Overhauled

Combat and audio have been overhauled as well. Lead Programmer John Bellomy said that the original playing on the PS4 only had sequences that would run pre-scripted. This was due to the PS4 hardware limitations, but with the PS5, everything has changed.

“Coming into The Last of Us Part I,” Bellomy continues, “we took those combat encounters and applied our AI engine and tool suite to do them ‘for real.’ We have more dynamic encounters thanks to paired search and new investigation behaviors, topographical analysis with pathfinding, and probing for visibility, so things like sneaking and ambushing will work in more situations. These ultimately make the game more interesting for players.

The original also had a secret: it could only show eight NPCs at a time while playing on the PS3. On the PS5, it can now allow up to 128 active NPCs in a sequence.

3D audio on the PS4 was limited as well, says Audio Director Neil Uchitel. With the Tempest Engine, it has now changed everything as it can take in whatever audio it can get and use it in some very complicated trickery to give a game more spatialization in the world. If something is coming up above a player, it will feel that it is coming from above.

Animation to a Whole New Level

Art Director Erick Pangilinan says the animation improvements in The Last of Us Part I have made scenes better. Increasing the fidelity of the expression makes subtle gestures feel more natural.