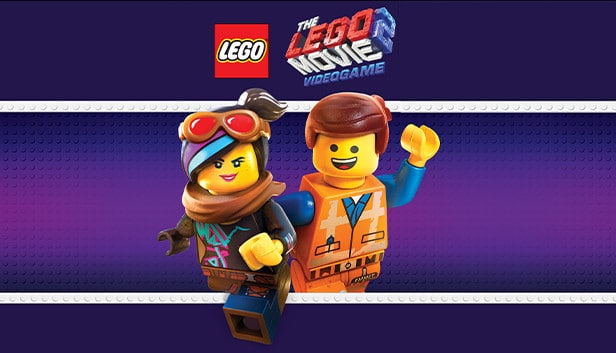 LEGO-based video-games have consistently shown its finesse when its come to bringing smiles to children and adults. Ever since LEGO Star Wars came out in 2005 on the PS2, it has been the pinnacle of block-building adventure inspired by, most of it, films. There’s LEGO Lord of the Rings, Harry Potter, Batman, Marvel Super Heroes, Jurassic World, DC Super Villains, The Incredibles, and Marvel’s Avengers. But the question arises, did Traveler’s Tale (TT) Games bring anything new that would change the quality and the experience in LEGO games? Apparently, not so much.

You still do walk around inspired locales, breaking piece by piece to get those shiny studs to hit 100%, and re-do levels with recently unlocked characters to overcome obstacles that prevent you from getting the golden piece. Its the great old LEGO game experience from TT Games you have known and loved, but it does get old and repetitive when you’ve recently played a LEGO game, which in this case I did on another platform with LEGO DC Super Villains, which I still consider as the best LEGO game out there.

In LEGO Movie 2 Videogame, like most recent LEGO releases, comes with a rather huge open-world where you can freely explore, gather studs, and discover secrets. These Master Pieces you get from completing quests, missions, and hidden places are considered as keys in unlocking a new expanse for you to progress in the game. As such, locations can vary from jungles to space levels especially the biggest of them all, Apocalypseburg. With its expansive location, players are given ways to roam the entire area with vehicles. Similar to most LEGO games with an open-world environment, you get to have the freedom to check every alleyway to and find those Master Pieces if you’re working your way up to 100% completion. Other than that, you have unfortunately no reason to explore at all aside from just completing the story missions.

LEGO games, at its core, have always been child-friendly. With its ever forgiving nature, you are not, in any way, punished from dying a lot after losing 4 hearts. It’s targeted at an audience who loves messing around and just break everything and still get rewarded for it. As usual, LEGO games heavily rely on simple puzzle solving and easy-to-master combat mechanics. During combat, you can also do a super-charged hit move by simply holding the Square button and then releasing it after you charge up that circular bar. When it comes to boss battles, just like in all of its other games, they are easy to beat, so having a keen eye of spotting patterns can be really useful. Aside from its core, the inclusion of a LEGO Worlds-esque level where players can build anything they scanned using the binoculars gives out a sense of something new in a LEGO game; but if you’ve played LEGO Worlds prior this then it’s not going to be entirely a new thing for you.

Defeating easy boss levels and simple combat, plus the plain puzzles, does not mean it ruins the entirety of The LEGO Movie 2 Videogame, no. By having your inner child out and play like a younger version of yourself with LEGOs, or by having fun with someone you could play the game with through couch co-op, that’s what the game is all about. The LEGO Movie 2 Videogame entirely focuses its enjoyment by fulfilling what kids want – easy combat, uncomplicated and forgiving game mechanics. You might see kids playing the game dying a lot, but most of the time you get to see them laughing about it and restarting levels until they master a certain level. I see myself sometimes in that position, just freely giving myself a break and have fun and ignore being an adult for a while makes it really memorable.

Let’s put that adultness back into the play. When we talk about bits of technical concerns of The LEGO Movie 2 Videogame, its overall performance as a game does have its own jitters. Loading times can be a bummer at some point and frame-drops, even playing the game on a PS4 Pro, are hard to get unnoticed. It might not be a big problem for kids, but when games that don’t require that much resources like this gives me an impression that it’s not a hardware issue but lacks polish. I can only hope TT Games can put a patch up soon to smoothen things out, performance wise.

The LEGO Movie 2 Videogame might not be for adults. Even so, it’s a game worth your time if you’re a completionist, hitting that sweet spot of a 100% completion rate to add more Platinum trophies, and if you love to play video-games with your kids. Playing The LEGO Movie 2 Videogame brings out the kid inside me that ignores whatever cumbersome of a reality we call life has for a few hours. Unfortunately, it does not have enough to keep my younger self out for a long time.

Disclosure: This review is based on a review code provided by Warner Bros. Interactive Entertainment. Read our review policy to know how we go with our game reviews.
Tested on: PS4 Pro

The LEGO Movie 2 Videogame – Review
Score Definition
We tell you, it’s a good game! It’s not average! It might have some problems here and there, but you have to admit it is a “Good” game.
Pros
Great couch co-op experience
Core mechanics are easy to grasp
Huge open-world environments
Cons
Repetitive gameplay
Long loading times and lack of polish
7
Good