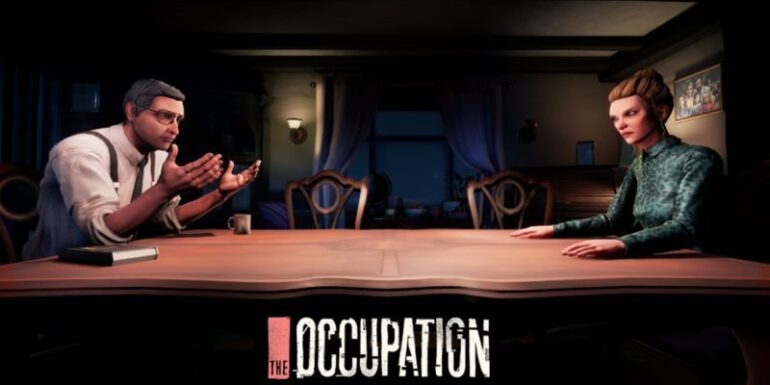 What could have been an important and essential game in the current political climate became lost due to a shower of bugs.

The Occupation was meant to be a bold statement, an educational and eye-opening sentiment to the current issues most countries are currently facing: the ongoing debate on Immigrant rights.

It’s incredibly rare for a video game to tackle controversial political state that is essentially relevant. The Occupation decided to take it head on without any subtleties.

Set in a fictional city, an explosion—accused to an immigrant—became the catalyst to launch a national bill banning and deporting immigrants (sounds familiar?). You are an investigative journalist tasked to uncover the truth behind the bombing, as well as the bill. What you find and uncover will determine whether or not the bill will be passed.

I was initially attracted to The Occupation due to the character’s job as an investigative journalist — a job I share and relate to with my experiences in the field. Another reason was its subject matter, one that I had wanted to explore and curious as to how a video game will interpret it.

As investigative journalists do, you must gather information and clues that will be useful to your interviews with key people throughout the game.

The real-time objectivity that drives you to analyze other character movement and to pay attention to your time management adds up the challenges. In the time you have before your interview, you must find the necessary clues, otherwise, you’ll end up with nothing to say or counter.

Snooping and stealing evidence, however, are completely illegal — and the game knows it. Throughout your investigation, you’ll also be trying to hide from anything that can catch you and throw you out.

I could be hiding perfectly under a table, close to a couple of other tables within a locked room, when Steve—the newbie, actor wannabe—guard shows up to check out the non-existent noise he just heard. Like The Flash, he phases through the wall of the locked room, already crouching, and spots me under the table. He throws me out, and my progress is gone.

Like a normal gamer, I would be implored to load a save file where I still have some progress—however, it isn’t possible with The Occupation’s autosave that only happens before the investigation begins.

Despite frustration, I played it through once again. Successful in my investigation and on my way towards the scheduled interview. Disaster struck when I found myself unable to move. I was stuck. I was next to a table, near a wall. I turned the joystick around and around, maybe to shake myself lose as my digital wristwatch was running down. But alas, I missed the interview — and therefore progress lost.

My frustrations were mixed with disappointment. It could have been an amazing game, and I would have loved to discuss and analyze its relevancy — how even in-game characters threw the words “racist” around. The dialogues were amazing and indeed one of the most politically charged conversations I could ever witness.

I ask for it to be better developed, perhaps. To be mindful of the bugs that plague the video game — because in truth, it could be one of the best games that’s uniquely devised. It could be a game that’s groundbreaking and start a trend of bigger politically charged video games that could help shape our society.

Video games, are in fact, a huge part of society’s growth because of their strong influences within this generation and the younger generation. Having them take on controversial topics, and educating others on the current political climate is never a bad thing — it’s a great thing. It’s one that separates itself from the escapism of the industry. It’s good to have video games on both sides of the spectrum.

Disclosure: This review is based on a review code provided by Humble Bundle. Read our review policy to know how we go with our game reviews.
Tested on: PS4 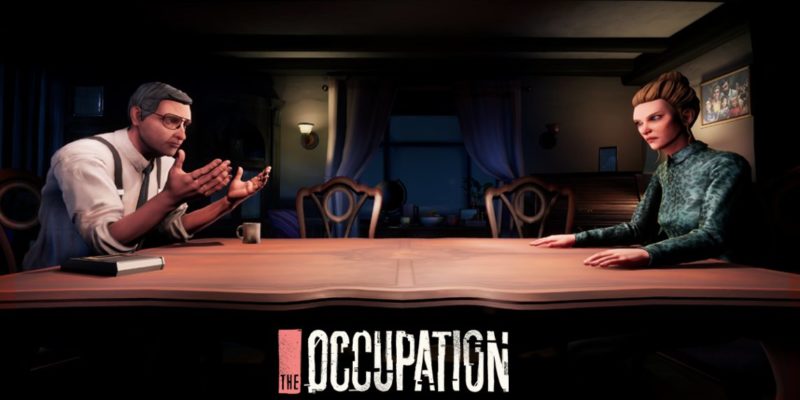 The Occupation – Review
Score Definition
You’ll be left out with a “meh” after finishing the game. What game did we just play?
Pros
Brilliant subject matter
Exciting real-time gameplay
Fascinating Dialogue
Cons
The mountains of bugs
4
Below Average