The Story of The Outer Worlds Continues With Future DLCs 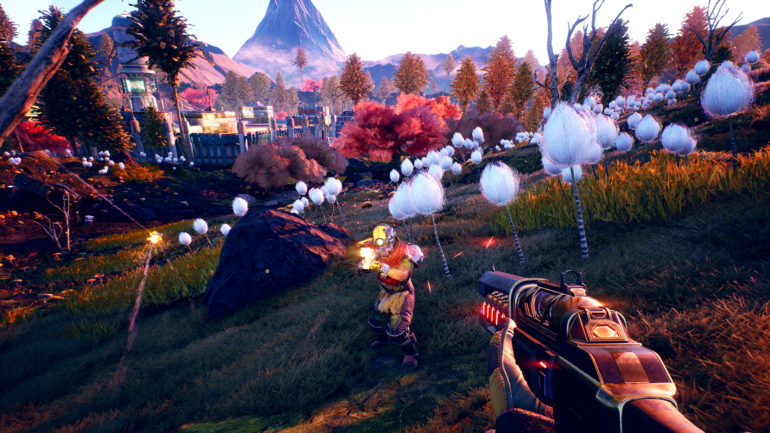 The Outer Worlds is a player-driven first-person sci-fi RPG made by game developer Obsidian Entertainment and published by Private Division. Players can choose what they want to be in this game, but the story is linear with choices in between big plot points. Many have enjoyed the game with great reviews from critics, but in every one’s minds, they ask: Will there be DLCs for this game?

Co-Director Tim Cain and production director Eric DeMilt spill some information about this.

Cain was asked if there are still more stories let to tell in the game’s universe since it was a linear story to begin with. Some linear story-driven games are usually complete without any possibilities of other stories to tell, but since this is Obsidian Entertainment, makers of Fallout: New Vegas, there is a good chance there would be more stories to tell.

The co-director was happy to reveal that there are certainly more stories to tell, and this will be seen in the upcoming downloadable contents for the game. This could mean these stories were the ones that did not make to the final cut either due to the deadline or it would have made the game way bigger than they imagined. It is quite a large game to explore even though there are only a few planets implemented.

This would not be a problem with its recent platforms like PlayStation 4, Xbox One, and PC since there is enough storage space to put everything in, but the latest port, Nintendo Switch, might have issues. This could also have been the problem for ditching some stories and implementing the base game with the main story first.

Speaking of the Switch, DeMilt mentioned that the DLC for The Outer Worlds Switch version will also be the same with the ones on other platforms. It could be launched later on since the priority will be for the original ones.

So there are more stories for the game after all. The main story was hilarious and fun already, so what could be added with the DLCs?  There could be new characters to meet, new weapons to use, and more stories to tell.