The Walking Dead: A New Frontier: Above The Law – Review 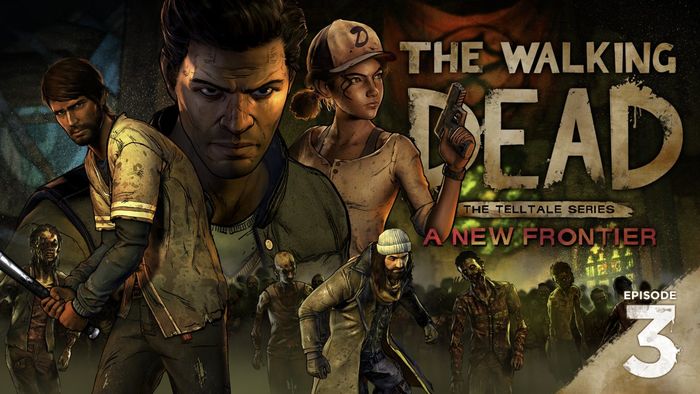 I was pretty excited when the new episode came out that it was the first thing I did when I woke up. The last episode left us off with a cliffhanger that propelled the story forward and I cannot wait to delve deep into the story once again. Above The Law focuses on matters that most of us can relate to and all I can say is it’s a push to the right direction. 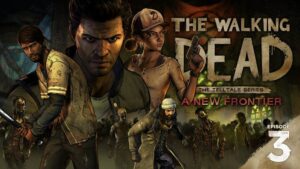 A lot has really changed since the first Walking Dead game came about. For one, the mechanics has improved and the controls are more responsive than before. No more accidentally dying because you didn’t push that button hard or you failed to press something in the split second that the QTE shows up in your screen. Although, the lack of cues can sometimes be confusing, making you wonder if you should have pressed that button at that exact same time it shows up or what.

Graphics has definitely improved and it gives you that feeling that the game grew up with its characters. Especially seeing Clementine all grown up. I’m happy to see that the game keeps on improving and ensuring that it gives us the best game possible. 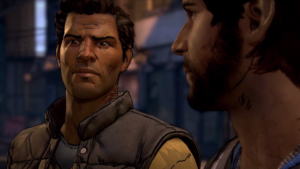 Now let’s talk about what goes on in this episode. There are major plot points in this game that I believe will ultimately change the course of the story and it will test Javier’s character and the people around him. A flashback scene with Clem will also allow you to influence what happens to Clem and AJ.

In the flashback, we get a little more insight on how Clementine parted ways with the New Frontier. Or what actually happened to AJ. Although it is just a little part, this part will explain why Clem doesn’t like the New Frontier even though we get to see a glimpse of how the New Frontier seems to be the salvation that everyone is hoping for in the present. 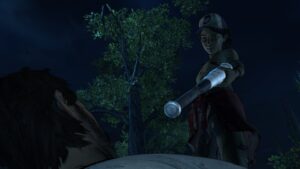 In the present time, the game takes us to where we last left off in Episode 2 with Javier taking Joan right into the New Frontier to help save her. We then discover that his brother David is actually part of the New Frontier. We also discover that David is not the only person who runs the town and that there are other leaders that take part in the decision making of the town.

We are then introduced to the politics that govern the place that pretty much is everywhere in the real world. This is the first time the game delves into such scenarios where we see a power struggle between leaders. The leaders then ultimately decided whether Javier gets to stay in the town or not. I don’t think there’s a choice that makes him stay but you can either be loyal to your brother or rebel against his word.

Once Javier is out in the city, the game then questions whether you should trust David or not and this will be tested in the scenes that follow. There is going to be a power struggle between David and Clementine as the two don’t seem to get along and it’s up to Javier to either unite both or widen the gap between them. 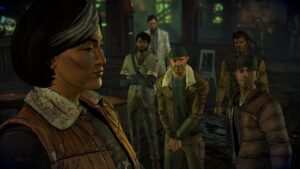 The end of the episode takes us to a confrontation which I feel is a little unfair as it seems like whatever you do, it forces you to fight against the enemy instead of negotiating a better solution. What it builds up to is a showdown that I cannot wait to see how it will unfold and the ramifications it will bring to the group that you have gathered since. Will you be a loyal brother or the one that will stand their ground and fight for the one they love. I personally don’t believe that Javier should have fallen in love with his brother’s wife but I can also see why they had to turn to each other. All I really want to know is what happens to Clem in all of this.

Overall, the Walking Dead continues to deliver a great and compelling story and that it had me following it from start to end. As we move to the penultimate episode, I am excited to see where this all leads up to and what will ultimately happen to this new town and the people we have come to love.

[The Walking Dead: A New Frontier’s future episode reviews will be continued by Leif.]