The Walking Dead: A New Frontier: Thicker Than Water – Review 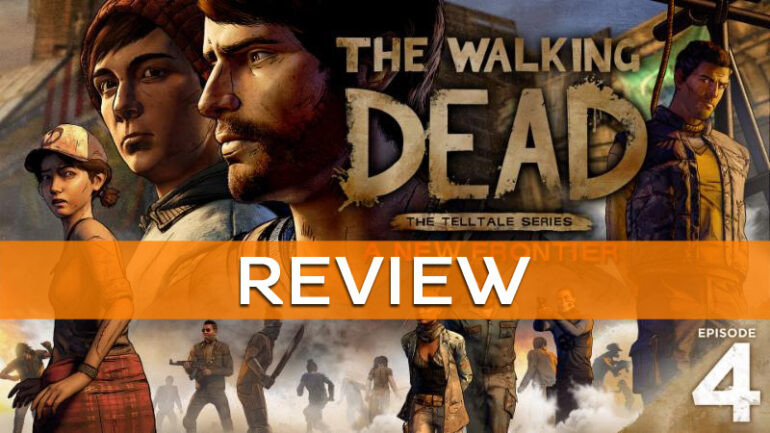 The penultimate episode of Telltales’ The Walking Dead is upon us. Thicker Than Water continues the story from where we left off last time and with it comes heavy-hitting choices that will shape the story as we head to the final episode. 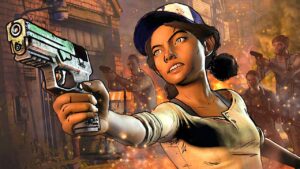 [Note from the Editor — Warning: Minor spoilers ahead]

Thicker Than Water brings us to where we left off from Episode 3. The Garcia brothers find themselves imprisoned after certain events took place. And while Javier was finding a way out his brother David was being interrogated. Javier soon gets help in breaking out of the prison and reunites with Kate and the rest of his crew.

We are also treated to another flashback with Javier and David as we get to explore the relationship between the brothers while they were enjoying a moment in the ball park. One of the important choices happen here but I don’t think it impacts the overall story as much.

In the present time, the group decides whether to save David or just leave him in the place but David’s loyal solider, Ava, does not want to leave him behind. So they gathered supplies from the armory. Along the way, Javier gets into an accident which leads him to Doctor Lingard where he finds Clementine who is still trying to figure out where AJ is. Another decision is made here where its impact is yet to be determined. 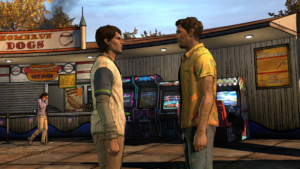 Javier also tries to steal a truck from the New Frontier but ended up trying to rescue David from Joan. A major decision point happens in this segment of the game which will determine the fates of some of the characters. Ultimately these chain of events will spark up the start of a war in a battle to reclaim The New Frontier from the clutches of Joan’s tyranny. A few of the character’s fates are unknown at this point as we head into the season finale.

This episode explores Javier’s relationship with Kate and his brother David. We will find out which is more important to him, his love for Kate or his loyalty to his brother. It’s a true test of whether blood is thicker than water indeed as Javier navigates the relationships he has built in the previous episodes. I’m still wondering though how this all ties up with Clementine. I really thought that Clementine would play a pivotal role in all of this but it seems that she is being seen here only as a side character and not really the focal point of the game. 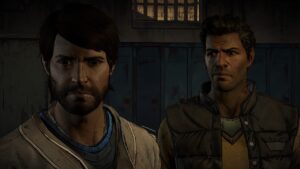 Our focal point is definitely Javier and his actions and choices will impact this new town they discovered. I don’t necessarily see Javier as a natural born leader but he did step up to the plate this time. Especially since his brother who I see more of a leader is in trouble, so it’s up to Javier to do what needs to be done.

I feel like the choices this time around betrays your character deeply as doing one thing leads to an opposite result. It’s like the game is manipulating you and letting you think all is working according to plan but then it pulls the rug underneath you. Everything in this episode is not what it seems and everything you used to know about this game is being used against you.

Although I can’t wait to see what happens in the next episode. It’s leaving me feeling like the game has not moved at all. For the last 2 episodes we’ve only been introduced to one location, not like what we had for the last 2 seasons where almost each episode takes us to a different place. I hope that this game will still be able to reinvent itself and introduce us to more locations and characters in the future. But right now it seems that they slowed things down and just focused on the characters and not the location.