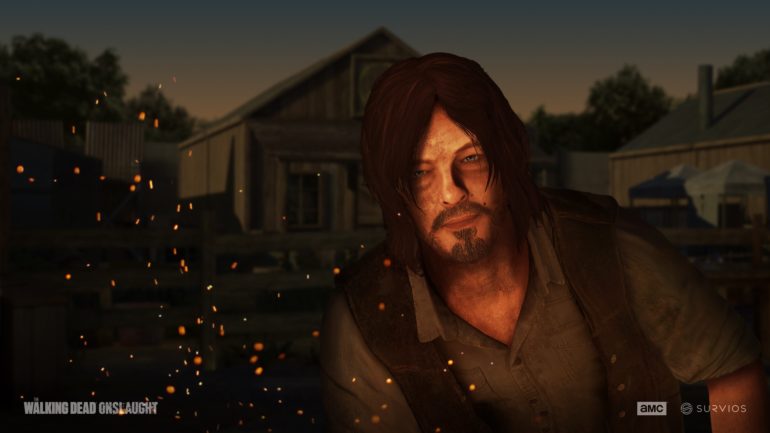 Game developer Survios Inc. and publisher Perp Games is proud to announce the physical launch of AMC’s The Walking Dead Onslaught for PlayStation VR in North America and Europe.

Onslaught is now available in Europe for the PS VR while North America will get it later on Oct. 13. These retail versions, which include a Standard, Deluxe, and Survivor Edition, offer exclusive bonuses for collectors and fans of the popular TV series. The physical edition is available now in Europe at select retailers such as Game, Amazon, Shop4World and more. In North America, the Deluxe Edition can be purchased at Best Buy. The contents of these editions may vary per region.

Aside from the PS VR physical launch, the game will get a gameplay patch across all platforms next week. It will focus on improving core combat, progression and overall performance.

The Walking Dead Onslaught tells an untold story set shortly after the Savior War in an Alexandria devastated by the fighting and struggling over its ideals. As Darly Dixon (Norman Reedus), players will slash through walkers as they recount a fateful encounter with a mysterious stranger lurking outside the town’s walls. The game’s infinitely replayable Scavenger Mode allows players to embark on supply runs as Rick, Darly, Michonne, and Carol, where they’ll encounter overwhelming hordes of walkers and collect important resources to rebuild their community, upgrade and modify iconic weapons from the show, find new survivors, and unlock new quests.

This collaboration between Survios and AMC provides players the most authentic Walking Dead experience in virtual reality yet, featuring official voice talent and characters from the hit TV show and an armory with over 24 iconic weapons that can be modified and upgraded to suit your personal slay-style. Players can enjoy brutal combat freedom unlike any other where they can dismember, decapitate and defeat entire swarms to their absolute will and live out their every walker-slaying fantasy. This is AMC’s The Walking Dead in virtual reality.