The What-to-Know about the Nintendo Switch before buying. 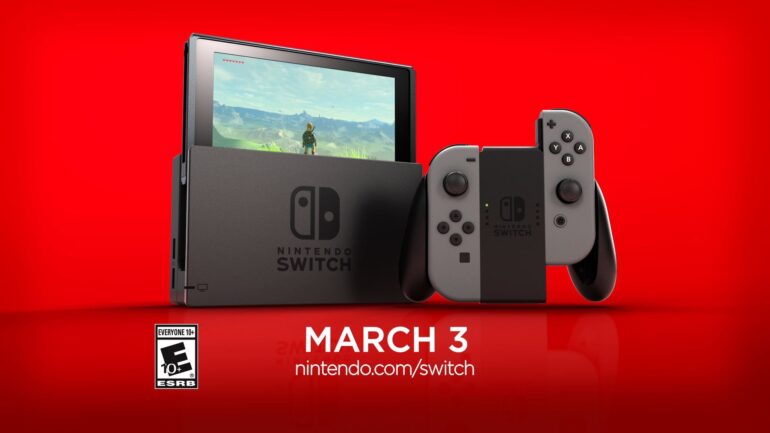 Family/Barkada Fun
As you may already know, the Switch features removable controllers called Joycons. The Joycons are similar of use to Nintendo’s Wii U, which can also detects hand motions that puts you through the physical aspect of gaming. Switch features wireless connectivity that would allow a maximum of eight players to connect. Your weekends will be filled with hours of multiplayer, competitive gameplay.

It’s also portable
It’s called “Switch” for a reason. As you plug out the console from its base station that’s connected to your home television, the device will automatically go into its portable mode. Perfect if you feel like continuing Legend of Zelda: Breath of the Wild on the road. The portable mode brings me to the next on the list:

Battery life is somewhere between 2.5 to 6.5
This is an estimate according to Nintendo. Legend of Zelda, according to the company, can be played for an estimated three hours before needing to plug it back into the home console or the nearest outlet. This isn’t bad considering the superb graphics the new Legend of Zelda will provide, and comparing it the other mobile devices whose battery life will drain faster when opening high-graphic games.

Legend of Zelda
The Legend of Zelda: Breath of the Wild is arguably Switch’s selling point. The game releases on March 3, the same day Switch comes out. So far it will be the only mainstream title you’ll be able to play once you purchase the new Nintendo console. However, other games will also be available on the 3rd, such as party games like 1-2 Switch and Arms, as well as titles like Just Dance, I Am Setsuna, and Super Bomberman R.

New games will be worth the wait
Fire Emblem Warriors is set to come out mid-year. Xenoblade Chronicles 2 and a new Shin Megami Tensei are also on the works, and Super Mario Odyssey is coming around December 2017. Polygon reported that 100 titles are in development for the Switch, as after Nintendo’s presentation last January 13, publishers have been sending their requests by the numbers.

It will be a hefty price to pay, but I feel that the games in development, its allowance for high-end graphics, and its interesting capabilities to “switch”, will be worth the sum. It’s an investment to a new and evolving format that Nintendo has created. It is this writer’s opinion, however, to consider waiting awhile until the possibility of minor bugs may be found, especially in international releases. But if you are head-to-toe excited to play the new Zelda, and explore the entertainment system, then surely, you’ll be in for an experience.