Humans are gone. Only the beavers remain. 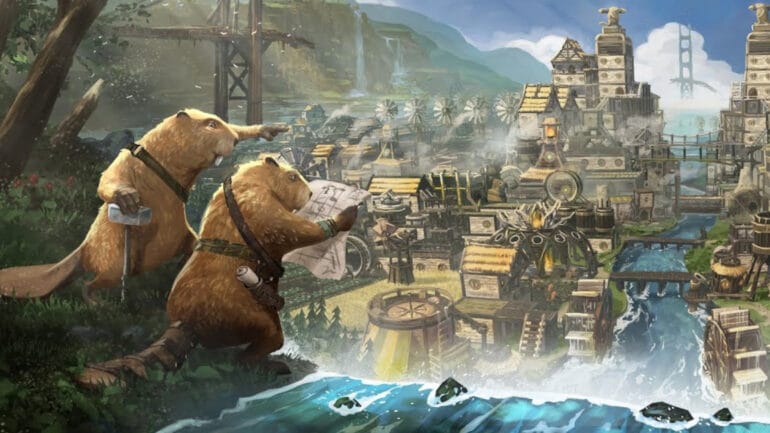 Publisher Mechanistry has just made their beaver city-builder game, Timberborn, available in Early Access starting today. The game is available on PC and Mac (via Steam, GOG.com, and Epic Game Store) for $24.99. There is a 10% discount during launch week.

The game presents a feasible vision of a post human Earth where beaver factions reign supreme, enduring deadly droughts with the help of dams, irrigation, and mechanized vertical cities. Timberborn allows players to play either as the nature-friendly Folktails or the industrious Iron Teeth. Both factions boasts unique architecture and plays differently thanks to exclusive faction buildings. Both factions share the goal of surviving and expanding in a world hit by harsh, recurring dry seasons.

Mechanistry developers are very proud of how much they have implemented in the game. The game enters Early Access after years of development.

According to lead designer, Bartlomiej Dawidow, “The two beaver factions play completely different but both make good use of Timberborn’s unique take on the city-building genre – here, water engineering with dams and water physics dictates the success. As one would expect from a beaver game, the wood industry is a key player too but it’s not just about sawmills and lodges – Timberborn colonies grow vertically, layer by layer with platforms and bridges.” Dawidow finishes with a comment aimed at our world. “Finally, there’s the post-apocalyptic aspect with an underlying threat of deadly droughts that hit harder and harder, threating to reclaim the beaver lands”.