Second DLC for the game via Season Pass is up! 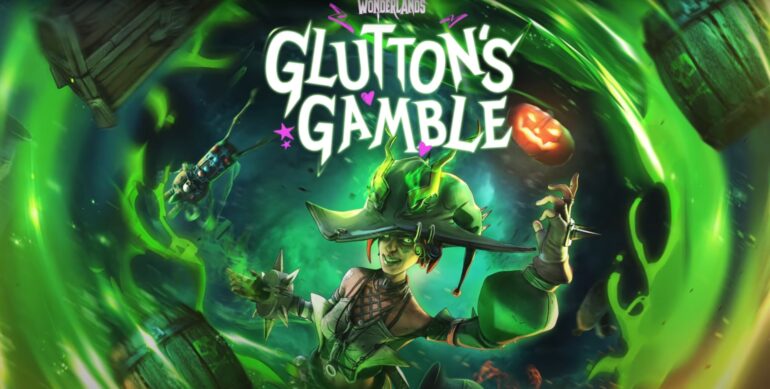 A new reveal trailer was released today on the game’s official Twitter account. Glutton’s Gamble is the second of the four DLCs that will be available with the game’s season pass. Just recently, Coiled Captors was released, which introduced new enemies called Coiled and led up to a new boss fight against a god.

The Glutton’ Gamble DLC will introduce new enemies as well and a new character called Imelda the Sand Witch. Just basing from the DLC name alone, she is quite hungry and will offer players several challenges that will gather ingredients for her food recipes.

Aside from her name, Gearbox Software did not specific if Imelda the Sand Witch will be an enemy boss that players will have to fight at the end of the DLC. The post, however, did say that there will be new loot, challenges, and bosses to encounter with this new content. The video shows enemies like the skeletal spellcasters, skeletons dressed with a gingerbread costume, and more skeletons with food costumes.

The new loot will offer new guns that can be used, but there were no specifics shown. The designs are quite interesting and new though.

It seems the new DLCs from the season pass are getting released every month since Coiled Captors got released on April 2022 while Glutton’s Gamble just got released today in May 2022. The next one should be sometime in June 2022.