You can also play with your two friends for free! 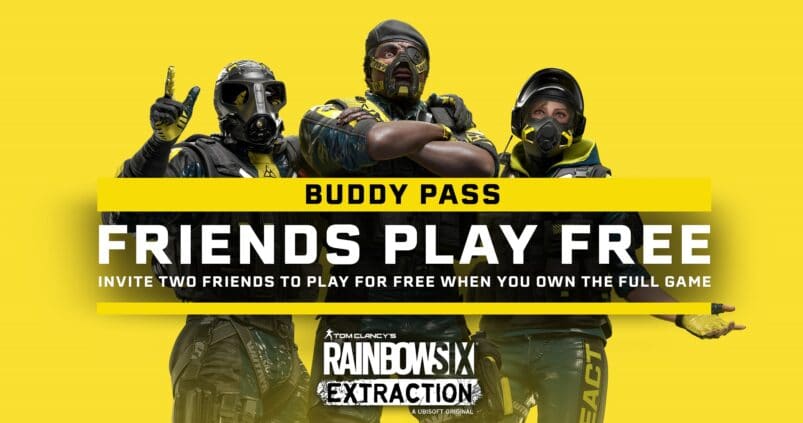 The official release date of the next installment of the Rainbow Six series is on January 20, 2022. It will be available on various platforms and it will include the cross-play Buddy Pass system, which allows players to have their friends play with them for free.

Players can now pre-order the Standard Edition of the game for only $39.99 USD. They can enjoy many features like the deep Operator progression system, four distinct difficulty settings, 12 new and unpredictable maps across four dynamic regions, over 60 weapons, legacy Rainbow Six Siege tech and 15 exclusive REACT tech, and free post-launch support including a weekly endgame challenge mode.

Each of the editions of the game will have two Buddy Pass tokens, which allows players to invite their friends to play with them for free for only 14 days across most platforms. Any progression that their friends have will be transferrable to the full game when the buy them. The pre-orders will unlock the Orbital Decay Cosmetic Bundle in Extraction. The Deluxe Edition will have included in the Standard Edition with the three bonus packs will be available for pre-order as well for only $49.99 USD.

Players who have played both Rainbow Six Siege and Rainbow Six Extraction can get the United Front bundle, which has the four exclusive gearsets, split between both games. It will instantly unlock the Extraction’s entire roster of 18 operators in Siege.