Looking for games to buy in the month of June? Check this list out. 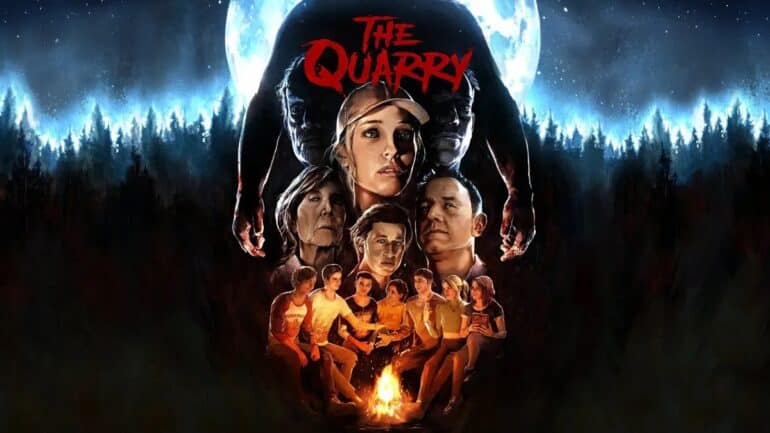 We are halfway through the year and it would appear that we have reached yet another quiet month in terms of game releases. Granted, it’s practically video game showcase season. (Looking at you, Summer Game Fest!) It is also very likely that publishers are holding back on releases until later in the year. The -ber months have always been considered “Prime” release months, after all.

It doesn’t mean that June is a complete wash though. Nintendo Switch fans are very much taken care of this month, along with a great lineup of multiplatform and indie game releases.

And without further ado, here are our picks for the top June game releases 2022.

We are starting off the month with a potentially fun platformer that will test players’ skills in terms of timing and resource management. Souldiers lets you pick from one of three playstyles as you try to find out the reason why you and your fellow soldiers are transported in this mysterious world.

Take on the front lines as the ever-reliable swordsman. Use magic to keep your enemies at bay as the battlemage. And finally, snipe enemies from afar as the archer. Who knows what secrets lie at the heart of the mysterious world?

The final paid DLC for the ever-charming Cuphead, The Delicious Final Course completes the story of Cuphead that started all the way back in 2017. Explore a new Inkwell isle while taking on new bosses and challenges. And players get to play as Ms. Chalice with her own unique movesets. You might want to consider picking this gem up close to the release of the Delicious Final Course.

Remember Wipeout? No, I’m not talking about the game show. Wipeout! The futuristic gravity-defying racer that took speed to the very edges of reason. Well, meet the spiritual successor, of sorts. Redout 2 promises the thrills and spills but on current-gen hardware. As a racing game enthusiast myself, I can’t wait to try this out on the track. I hear the music’s bopping too.

It all started with a case involving a corpse, split perfectly in half, found in the middle of a park. Years later, the second half of the corpse was found. It looked to have been a fresh kill if it weren’t for the fact that the other half first appeared 6 years prior. Help special agents Mizuki and Ryuki, along with their AI partners Aiba and Tama to solve this gruesome case. Expect to be tripping hard before things start making sense.

Soccer meets Mario Kart. Mario Strikers: Battle League combines the aspects of the “Beautiful Game” with the chaotic intensity of Mario party games. Use special abilities and your own set of gear to claim victory with 19 other players as part of the squad. And much like Mario Kart, question our friendships as someone lays down a banana trap.. oh joy.

Fight as your favorite character from the beloved Dungeon and Fighter franchise in all of its 2D fighting game glory. Choose from 16 charming characters, each with their distinct skills and personalities. Outsmart, outplay, or downright beat up your opponents and become the master of the Ultimate Will! If this game is anything like Blazblue, we’re going to be in for a blast!

Diablo Immortal’s Beta on mobile was set to June 2nd, 2022. And then Blizzard decided to include PC to beta, and thus the reason why it made our list. But more than that, it kind of shows that Diablo Immortal has something to it, and the developers saw that. Whatever it is that convinced them that it was good enough to be released on PC, we’re going to find out really soon. And remember, this game carries with it the Diablo name, there’s a certain level of expectation there.

Fire Emblem Three Houses is a great game and to hear the news that it’s going to get the Hyrule Warriors treatment, it’s gotten us excited. Though quite the change of pace from the tactical gameplay of Fire Emblem, the game nevertheless looks and feels at home as a hack-and-slash game in the Dynasty Warriors style. It also helps that this game will be receiving character cameos from Three Houses itself. So fans will be looking forward to seeing some familiar faces.

Alright, apes! Do you want to live forever!!? The bugs are coming to conquer all of space, and as a certified citizen of planet Earth, you have a responsibility to kick bug ass and rid the galaxy of this ever-encroaching threat. I hope your platoon lives long enough to fulfill its duty! They are certainly doing their part! Are you?

The Quarry is shaping to be the sequel worthy of Until Dawn, except with much more ambition in terms of scope, and by scope, I mean having 186 potential endings. It’s a good thing then that the Quarry introduces a new mechanic where you are sent back to a previous choice that would otherwise lead to the death of a character. It seems like Supermassive Games learned a lot since the Dark Picture Anthology.

What else can I say, there are going to be plenty of nasty deaths, interesting choices, and heart-pumping chase sequences. And this is why The Quarry takes our top spot as our most anticipated game of the month.

And that’s it for our list of top June game releases 2022. Check back with us for more news of surprise releases as the month progresses.