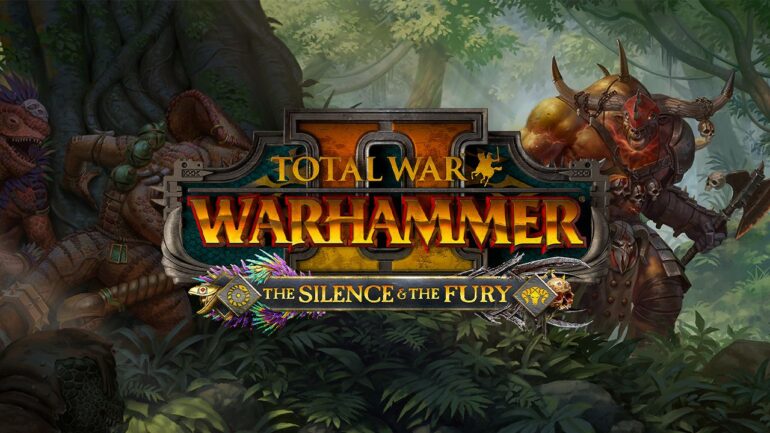 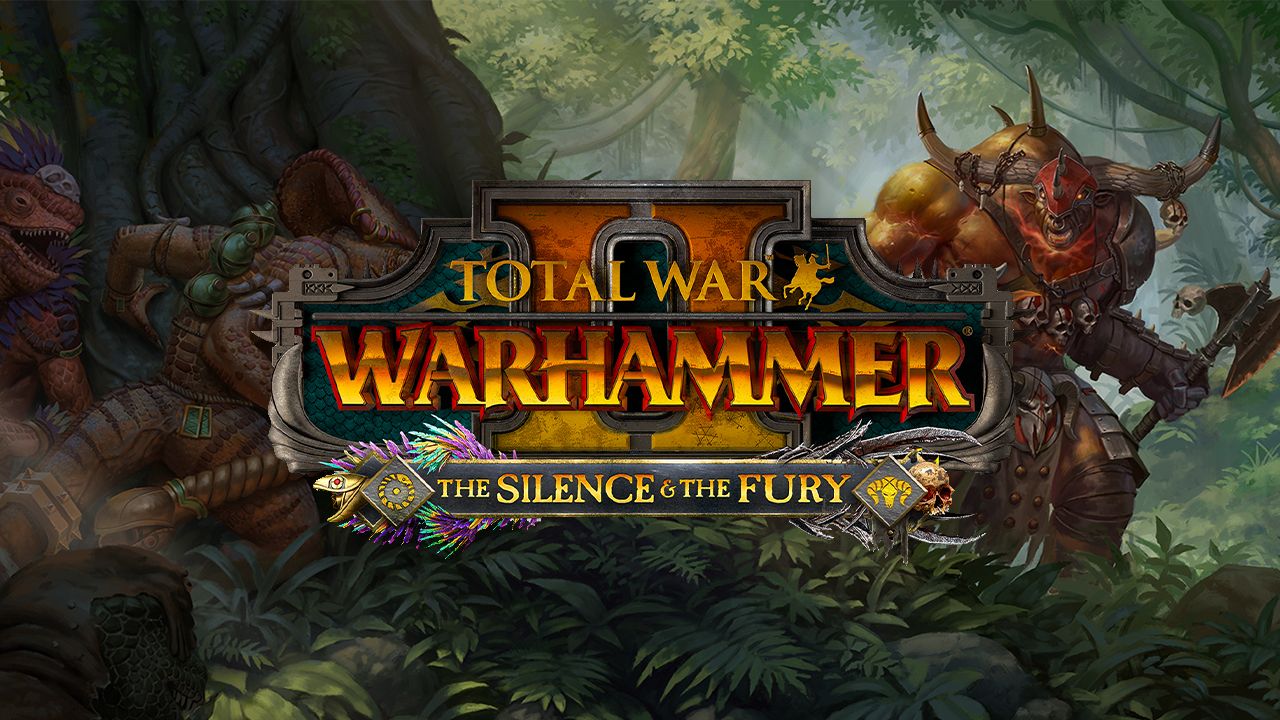 With the upcoming Total War: Warhammer III just over the horizon, we take a look back at Warhammer II and its swansong DLC entitled, Silence & the Fury. The latest in a long line of DLC packs released since Total War: Warhammer II came out, the DLC focuses on Oxyotl, the legendary hero of the Lizardmen, and the Chosen champion of the Dark Gods, Taurox the Brass Bull.

For its part, the game was also updated to make way for its new playable Lords. The Beastmen faction received a major rework. Essentially, a complete overhaul of their mechanics, the faction now plays in the same way as Taurox does. The Dwarves faction also received a small rework alongside their new Lord, Thorek Ironbrow.

With that out of the way, let’s get back to the meat of this review, the two faction Lords.

Oxyotl is the leader of the Ghosts of Pahaux. His faction specializes in stealth and mobility. When on the map, he can freely move around neutral factions without consequence. In battle, his buffs benefits a hit-and-run style of combat. Favoring drive-by’s and ambushes, his force need only position well enough for the enemy to not notice their intent. By the time the enemy realizes what’s happening, it’ll be too late.

When used in a conventional manner Oxyotl’s forces can quickly be overrun. But that’s where I think the challenge lies. Trying to be one step ahead of the enemy at all times is key for this campaign. This even reflects on this faction’s major mechanic, Visions of the Old Ones.

From time to time, Oxyotl receives Visions, a blessing and a curse from his many years fighting the forces of Chaos. With it, he is able to see events before they happen. These missions from the Old Ones are what allows him to foresee and prevent calamitous events from happening, on the condition that he does so within a number of moves. Should he fail, the instance becomes more difficult.

Using the Visions of the Old Ones map, Oxyotl and his army are able to reach any point in the map, as long as they are in the vicinity of an upcoming Chaos event. It soon becomes a race to complete objectives though as the number of moves is limited, and you’ll have to judge which calamitous events are worth pursuing and which ones you’ll allow to come to pass. Denying the will of the Dark Gods comes with great rewards however, One giving Oxyotl access to Silent Sanctums all across the map. Combined, they contribute much to the war effort. And he’ll need all the help he can muster, for the Brass Bull is no laughing matter.

Taurox the Brass Bull is the living embodiment of rage and fury. His Slaughterhorn Tribe roam the map, looking to lay waste to every settlement they come across, and blood offerings to the Dark Gods.

His new mechanics lie at the heart of the Beastmen rework. Wherever the tribe conquers a settlement, the player has the option to erect a Herdstone at that location. Its purpose is to prepare the land for a Ritual of Ruin. The surrounding lands are then transformed into Blood-ground. Within this area, Taurox’s forces receive a myriad of buffs, allowing them to fulfill their very purpose – to fight for the glory of the Dark Gods. Destroying the entire province will fulfill the conditions for a ritual. Once done, a new Herdstone can be erected, and the cycle begins again.

Beastmen have no use for gold and other worthless things other mortal races fight for. Instead, they are reliant on the Favors of their gods and Dread they accumulate from battle. With them, they are able to grow the tribe and muster armies.

The most unique aspect of the Beastmen campaign is their ability to set up camp at any point in the map. While in their makeshift camp, the Beastmen are able to erect more buildings that allow them to create more powerful troops. This level of independence is what gives the faction its potency. Because at any moment, they might be laying in wait for any wayward army to wander into their kill zone.

Taurox’s playstyle is best described as a plague of locusts. His army is forever hungry for combat and conquest. As long as the horde keeps fighting and winning, Taurox is able to stay enraged. While enraged, Taurox and his army are able to operate to their fullest. If for any reason, Taurox is not able to fight for extended periods of time, his momentum resets and he’ll have to start gathering momentum from scratch. Maintaining momentum is key to winning in this campaign.

In combat, it is very difficult to pin the Brass Bull down. It takes a monumental effort from the enemy army to slow Taurox down. And even then, it would take the destruction of his supporting forces to make him surrender. In my time during the campaign, I was fond of using his Taurox and other large monsters as the spearhead to any assault. I watched in enjoyment as Taurox drew the most attention, leaving the enemy open from attacks from all manner of hell-beast I brought upon their flanks. This swarm heavy style of combat is able to go blow for blow with any disciplined army, when they are not dismantled from the inside out, of course. What a sight to behold.

If Beastmen and Lizardmen aren’t your things, there’s little this DLC can do to change your mind. I’d say it’s an easy pass even. The added pressure to perform at a certain pace may also be an issue for players who like to play at their own pace.

Total War: Warhammer II is still an exceptional game, even after many years have passed since its initial release. The Silence & the Fury DLC is proof of that. The graphics may not be as cutting edge as it once was, but it is the core gameplay that ensures that players keep coming back to the title. It also helps that there are now dozens of Lords to choose from, hailing from different factions. (For a small price, of course.)

There is no more fitting way to close this chapter of Total War: Warhammer II than to end it with two of the most entertaining campaigns in the game. Both Oxyotl and Taurox are overpowered when played to their strengths. Under the right conditions, there is nothing the AI can do to stop you. If you’re looking for a random DLC campaign to pick up, I highly suggest picking this one up, along with all the free DLC content.

Total War: Warhammer II – The Silence & the Fury – Review
Score Definition
When the issues of a game are rolled and stomped by its greatness, then it’s something to invest on if you have some spare.
Pros
Fun new mechanics
Both are overpowered in their own ways
Fitting final DLC before Warhammer III comes out
Cons
If you weren't already invested in Beastmen or Lizardmen, this won't convince you otherwise
Players don't dictate the pace, the win conditions do
8.5
Great