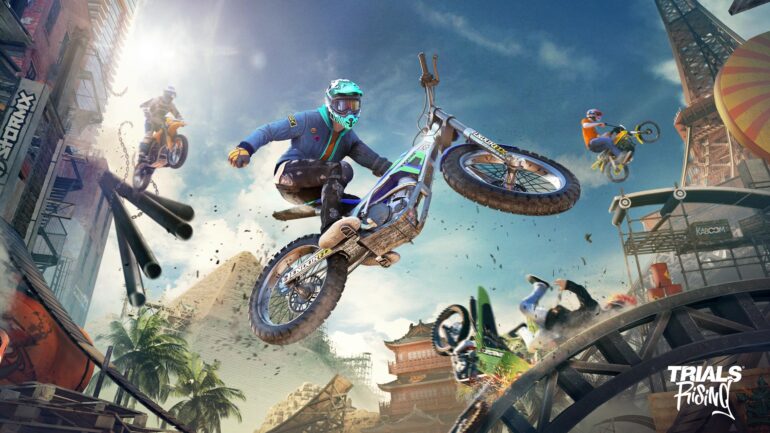 Pulling off insane stunts in crazy set pieces can pump that adrenaline. Perfecting each run can definitely be satisfying, and that’s what the Finland game studio, RedLynx, wants you to feel. While you don’t do any other tricks aside from back and front flips, the physics, and level designs are impressive that could make you say wow. Unfortunately, being the best in the leaderboards isn’t rewarding enough for players to keep them riding through each day.

Trials Rising, while it’s the first of the franchise I’ve played, certainly have its whimsy, fun factor and can set crazy bets when you play it with friends through local play.

But local play isn’t just the core concept of Trials Rising, it’s more on getting that gold rating after every attempt at a stage, beating every other player on the leaderboard to give you that competitive edge. Even if you fall off a cliff into a vast river of deadly lava, the ability to easily restart an entire level rather than respawning in the available checkpoint encourages you to get a perfect run in an entire level without any end result punishments. This alone already gives out that competitive atmosphere, giving players a better chance of hitting a high-score to climb up the ladder.

These levels consist of great visual designs where they sometimes come off as intimidating. You get to ride motorbikes through courses in spectacular set pieces like a CGI sci-fi action that has humongous bugs with massive cannon; while other locations feature exotic tracks with loop-the-loops and wrecking balls. Each level, stadiums, and the like give out distinct presentations that makes it a new experience every time.

What’s really sad is that the customization you’re offered with aren’t as awesome as you might expect. Simple common cowboy hats and wheel rims that the game considers as something “legendary” doesn’t seem to shape up as to what they’re labeled. While you get them as bonuses after you land a perfect rating on a level, at least reward players with better gifts and character designs where they could show it off to the world. This is why it’s disappointing to say that the studio was able to lay out stunning visual directions on the table for stages and levels, but fell evidently flat when it came to character and bike customizations.

How you actually play the game isn’t that complex. It’s easy to pick up even if you’re a newcomer to the series. You just need to remember that L2 and R2 control the decelerate and accelerate respectively with the left analog stick for leaning. With its fantastic coded physics and smooth controls, the only thing you have to master is to time your landings right to avoid losing speed. Speed is one of the key factors in beating the time challenges in the leaderboards. While it isn’t a requirement to quickly finish a track, you are rewarded with a full rating if you don’t incur any mistakes. Aside from that, you also get additional challenges like do a number of backflips, finish a track within a certain time, and defeat a player.

The levels themselves, especially during the first few levels, are labeled as easy. But be warned though, while it’s tagged as something where you could relax and learn the curves of Trials Rising, it’s tougher than it looks. You’ll constantly see yourself restarting levels to get a perfect rating. It’s frustrating after 14 restarts, but it will get fulfilling once you finally get to beat the stage with a perfect score.

Aside from its core level where you just go from point A to point C, players get to do silly, out-of-this-world kind of stunts. There’s this certain stage where you have to crash onto a barrel of explosives and see how far you can get your character to land after flying into the sky. It changes the pace for a little bit, bringing something new and for players to entertain themselves and laugh.

However, the only gripe I have with the game is that some of the Trials University stages, which serve to be as the game’s tutorial mode, is ironically locked at a certain progression level. Not only I find this limiting for players who want to master their skills, but it also gives out a different impression that players are forced to progress further before they could take on new lessons. Tutorials, by any means, should be available from the get-go in games like this.

Trials Rising, as far as everyone is concerned, fulfills your wildest dream of doing idiotic flips, crazy hoops, and mindless stunts that are deemed nearly impossible in real-life for kicks even if the game rewards you with blatantly horrible and bland cosmetics. 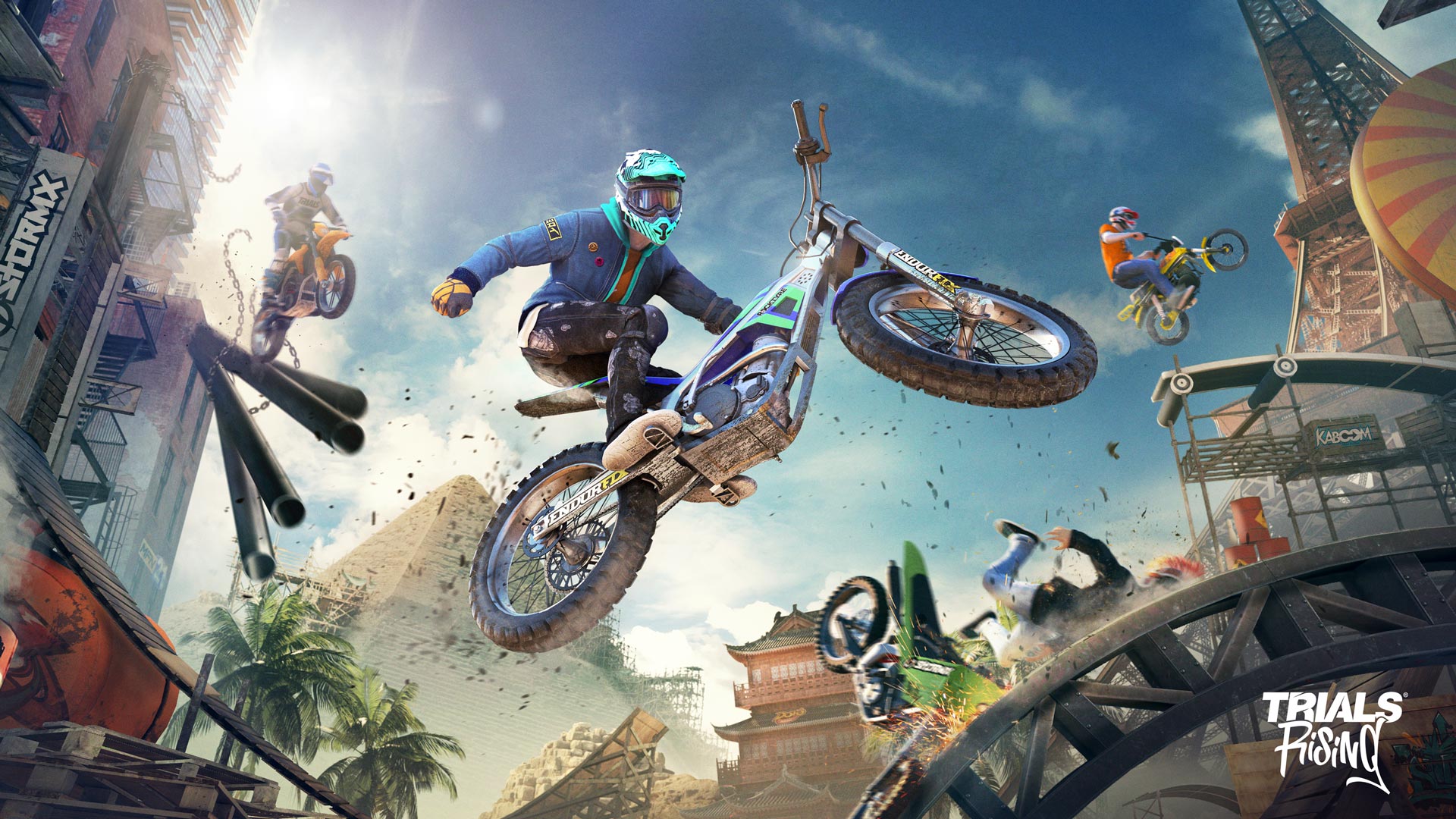 Trials Rising – Review
Score Definition
We tell you, it’s a good game! It’s not average! It might have some problems here and there, but you have to admit it is a “Good” game.
Pros
Great level design
Entertaining extreme stages
Fun couch co-op experience
Magnificent physics
Cons
Horrendous cosmetics
Gear rewards are uninteresting
Lacks a better reward system
7
Good