I Tried: Guns of Icarus – Alliance 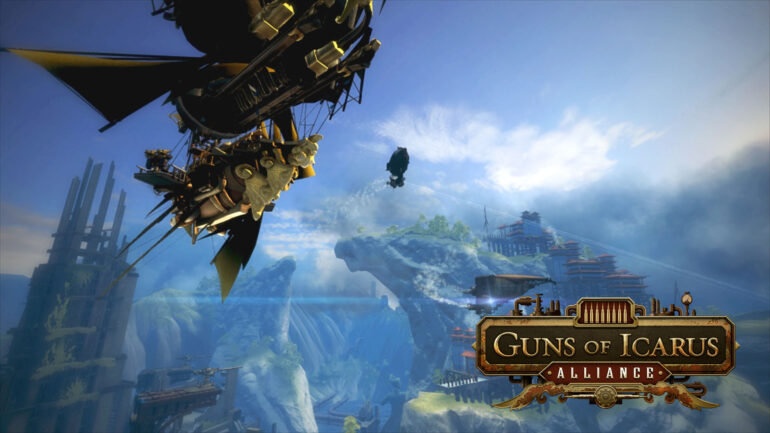 Alliance is the upcoming DLC for Guns of Icarus, which is a PVP-centric game by Muse Studios. This DLC introduces a PVE mode. Guns of Icarus never had a Coop vs. AI mode that allowed players to fiddle with their load outs or goof off with a couple friends before. You were almost always in a match against other people. Not only that, but you had another ship on your team that relied on you not sucking. Alliance offers a way for people to enjoy the game and it highlights the cooperation part of Guns of Icarus.

Since this is a paid DLC, people might wonder why they are charging us for a mode that sounds like it should have been part of the base game in the first place. While I agree with you there, Alliance is not just a PVE mode. Alliance comes with 6 new guns, 5 new ships, 5 new game mode, 7 new maps and something called Faction Warfare

Alliance is set in a world that is currently at war. You must pick and ally yourself with one of four factions, hence the name: Alliance. You have the Fjord Baronies, the Anglean Republic, the Mercantile Guild and the Order of Chaldon. Once you have done so, you either help them defend their current territories or attack a rival faction. This is part of their living world. By that I mean every season the result of the faction war, wins, lose, fame or infamy will be recorded and drafted into the story.

The new ships designs are vibrant but their gun placement seems fairly the same. In the base game the ships had vastly different gun positions. With the 5 new ships of the DLC, granted I have only been in 3, the gun placement felt very similar. It was just that the ships were designed differently. The general location of each station remained the same. I guess this is to simplify the navigation for each ship for people who just want a coop experience.

Would I Recommend The Game?

Yes, very much so. I have always seen Guns of Icarus as a coop game and it is great that the game finally has that type of content. This is a rare instance where I wished that the DLC was the base game and the base be the optional paid content but that is just how fun of a game Guns of Icarus is.

Alliance is playing Guns of Icarus without the hassle of competing with other people. It is pure coop goodness.