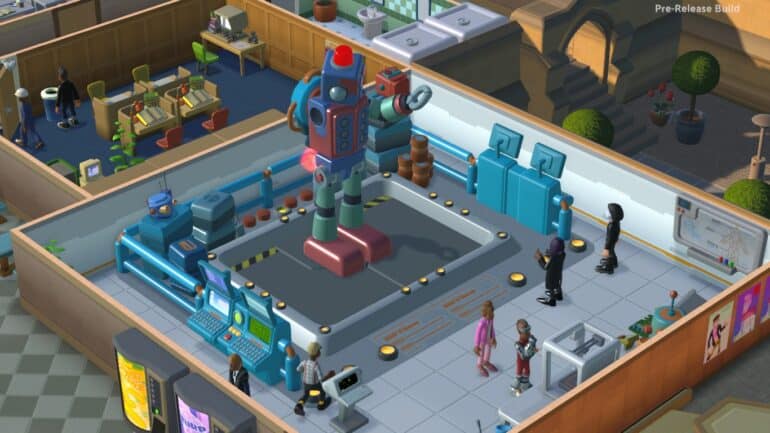 Summer is officially over and it’s time for schools to reopen their doors for another year of academics… at least in the digital world. We have moved on from the Hospitals of Two Point County and are set to take on the next big challenge in the region – Two Point Campus.

Two Point Campus is a management sim game where players take on the role of a school administrator whose job is to cater to the wants and needs of students as they grow and learn in their chosen course while juggling other responsibilities such as interior design, finances, human resources, and whatever twist the game decides to throw at you – be it a bitter school rival out to cause property damage or fake spy school students who are out to sell the County’s secrets to the highest bidder… at your expense.

The gameplay loop for Two Point Campus is simple, yet effective. Before the school year officially starts, you have unlimited time to design your campus as you see fit and hire the staff you’ll need to run the school. It’s pretty much like in Two Point Hospital except you’re not treating an endless stream of patients in triage and watching them walk away healthier than they were walking in, you want your students to stay the full length of their chosen course and get tuition fees from them on a monthly basis. And the best way to do that is to keep them happy.

The happiness of your students is your number one priority. If the students are happy, they pay more attention during lectures, do assignments, and turn in projects. That in turn raises the school’s overall grade point average which is usually the win condition for unlocking more levels and stuff in the game. And believe me, half the fun of the Two Point games is unlocking all these wacky stuff and watching the unique animations play out as the students interact with them.

The first three or four years have got to be the most stressful times in the game, at least for me. Especially at the end of the academic year when you have no choice but to expand and accommodate incoming freshmen. And of course, they’ll need their own facilities, with their own teachers, which means buying more plots of land, etc, etc. The bottom line is until the seniors start graduating, you’re always expanding to meet the demands of a growing student body. It’s both thrilling and anxiety-inducing at the same time. But in a fun, puzzle-solving, kind of way.

One of the things I adore about this game is the level of customization it has. You can literally make the campus of your dreams by buying a plot of land and designing the layout of the building as you want it to be. This stuff was only possible in Sandbox mode in Two Point Hospital and I am glad that it’s a core feature of this game. But if you aren’t feeling up to it, you can always go with the premade school grounds. It’s a different kind of challenge and it is something most players are used to already.

Speaking of which, you can also customize the wardrobe of every single individual on your staff. Now, you have a way of distinguishing senior staff members from their juniors. You can even change their clothing to fit their roles. For instance, janitors wearing blue vests can double as security guards and I’ll be looking for them the next time someone causes trouble on campus.

The challenge scaling in Two Point Campus is somewhat annoying. It doesn’t actually take much effort to get a 1-Star rating for your campus. You’re basically following the level’s tutorials after all. It’s getting the 2 and 3-star ratings that always seem to be far more time-consuming than it needs to be. Getting a 3-star is more of a test of patience than anything else. It’s the same issue I’ve had with Two Point Hospital. I know I can get that 3-star eventually, the only question is, how much time do I have to put in? Probably a lot more than I was expecting.

Another issue I have with the game is that item placement still has issues. Admittedly, they are far fewer issues than there were in the beta but since they’ve added more items in the game, the issues carried over to the newly added items. I’m sure they’ll work it out eventually. Until then, the best way to deal with it is to keep picking up items until the little caution symbol goes away.

The AI pathfinding also needs some tweaking, unfortunately enough. Though I believe it has more to do with me prioritizing room size over corridors. I’ll see students running into walls trying to get to a class on the other side of the building. This doesn’t happen in buildings where corridors are 3 tiles wide, only the ones with tight corridors. It is weird to look at but bearable once you get used to it.

And I can’t end this review without talking about the game’s audio, especially the radio. If it’s not constantly broadcasting upbeat tunes, the radio often plays host to a variety of radio commentators that are either witty or gloomy yet entertaining in their own way. And let’s not forget the dry humor of the PA announcer lady. A staple since the earliest days of Theme Hospital.

Overall, Two Point Campus is a stellar addition to the Two Point series of games. The game is a perfect complementary piece to Two Point Hospital. There’s always something new to look forward whether it’s new item unlocks to decorate your campus with or new locations with their own set of challenges, you are guaranteed something new right up to the ending of the game. And just when you thought you had a handle on things, the game throws curve balls at you in ways you never thought possible in a Two Point game. But hey, that’s Two Point County in a nutshell. If you like management games with a light sense of humor, I strongly recommend this game. 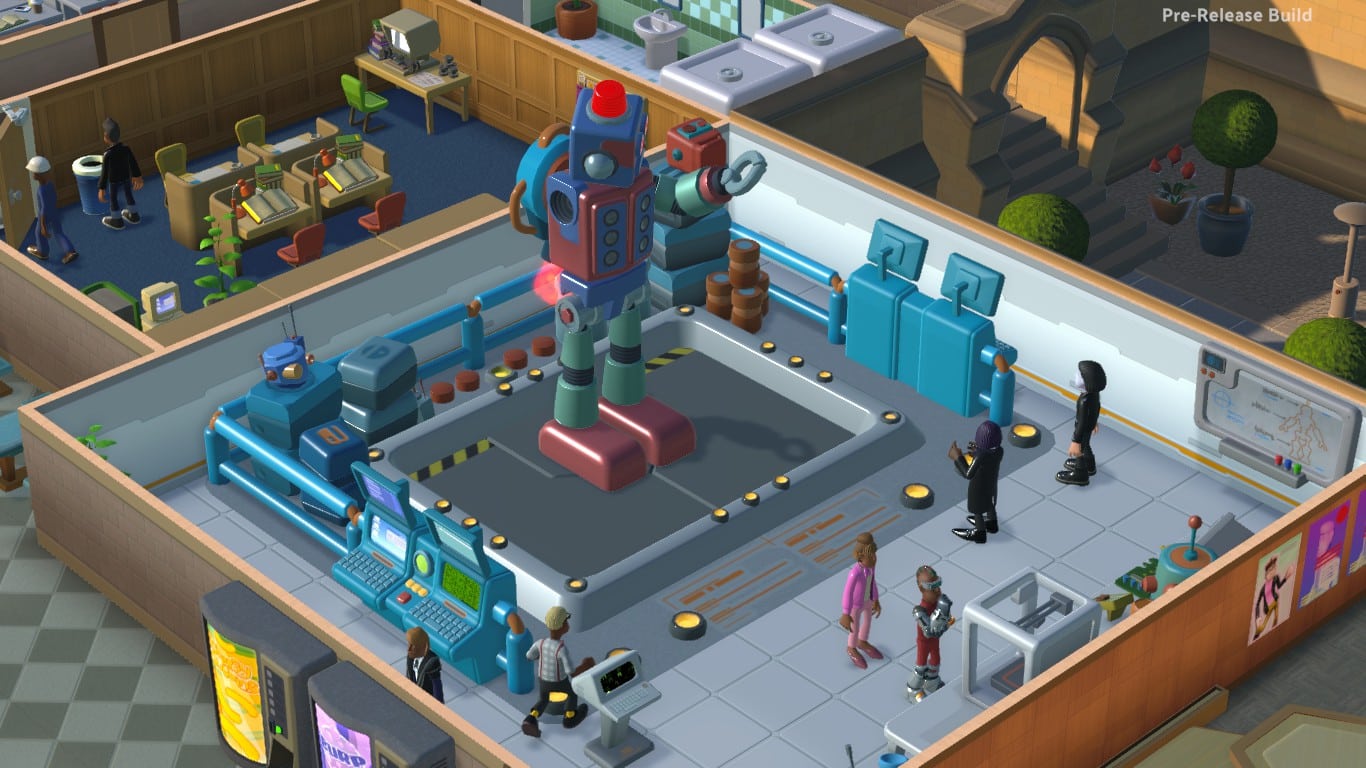 Two Point Campus – Review
Score Definition
When the issues of a game are rolled and stomped by its greatness, then it’s something to invest on if you have some spare.
Pros
A wide range courses to choose from
Each level has a unique twist with its own set of challenges
Watching the little people do their thing is a joy
You can fully customize your campus and the clothes staff wear
Cons
Some wonky item/building placement
AI pathfinding needs a little more adjusting
The potential of long stretches of time with nothing is going on
8.5
Great