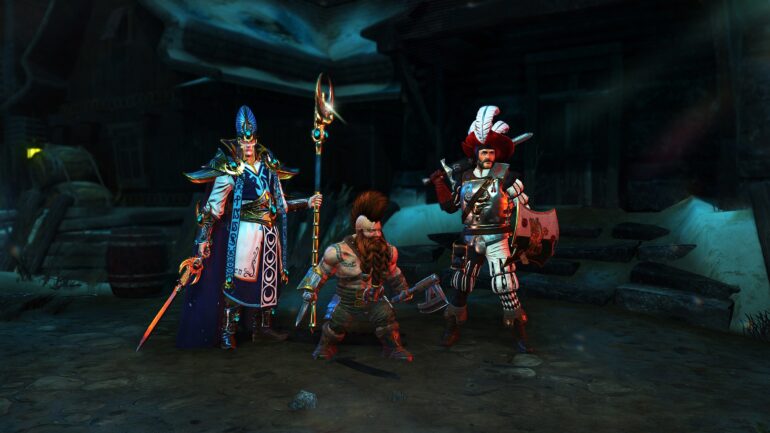 The Slayer Edition available on Xbox Series X|S is the most complete version of the game, including all DLC content (12 packs in total), all additional content (including Keela and the Tower of Chaos) and a 4K 60FPS experience. It also contains a sixth character, the Witch Hunter, and extra content.

The Slayer Edition on the Xbox Series X/S is the most complete version of the game. It will have all DLC content, which is 12 packs in total. It will have all additional content like Keela and the Tower of Chaos, and a 4K 60fps experience. It will also have the sixth playable character the Witch Hunter and extra content.

The first hack-and-slash set in the Warhammer Fantasy Battles world, Warhammer: Chaosbane thrusts players into the heart of the Old World, a continent scarred by the Great War Against Chaos – a bloody conflict that has ravaged the Empire of Man. You can play as a Human, High Elf, Wood Elf, Dwarf, Dwarf Engineer or Witch Hunter as you explore the iconic areas of the Warhammer Fantasy Battles world, which has captivated millions of fans worldwide.

Warhammer: Chaosbane will also be available on PlayStation 5 from the 12 or 19 November, according to the date of availability of the console in each country.