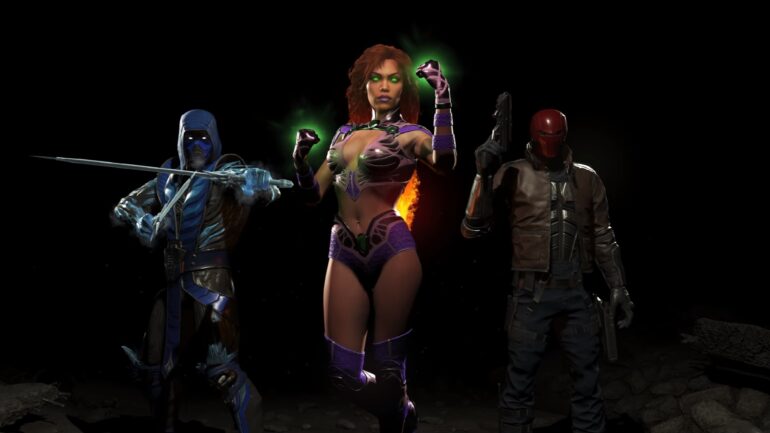 Today, Warner Bros. Interactive Entertainment and DC Entertainment has revealed the first DLC for their upcoming super-hero fighting game, Injustice 2. It shows characters such as the Red Hood, Starfire, and Sub-Zero will be making their way as the first ever character DLC. In the trailer, it also shows there will be additional Mortal Kombat and DC characters to be added in the game.

If you’re interested to get these 3 additional characters, you can get them by purchasing the Deluxe Edition of Injustice 2. For the hardcore fans and gamers who wants to get their hands of all nine characters, the Ultimate Edition unlocks all of those DLC characters.

Injustice 2 is one of the most anticipated DC games this year. Especially that there are rumors of another Batman Arkham (which is called Arkham Insurgency according to sources) that is currently being developed by Warner Games Montreal — the people behind Arkham Origins — it’s exciting to get more DC titles. How about an Arrow or Suicide Squad game? I’m up for that!

Injustice 2 will launch on both PS4 and Xbox One this May 16, 2017. Be prepared as heroes once again battle for peace and dominance!