Play the prologue on Steam today! 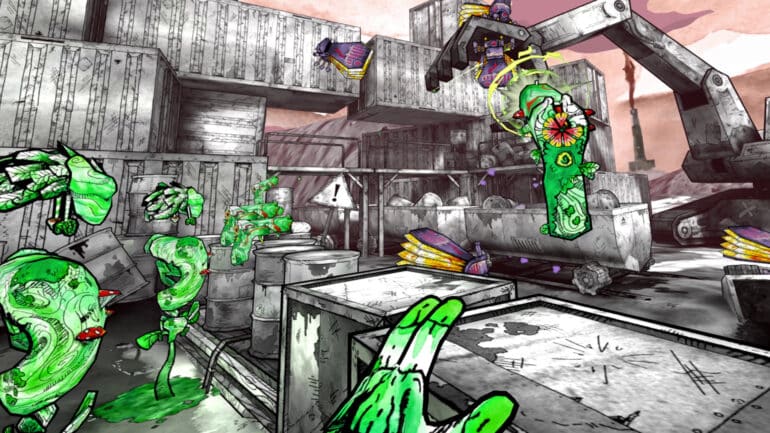 Game developer Flat Head Studio has announced a free playable prologue and a new name for their upcoming VR puzzle shooter We Are One.

The game was first called Help Yourself and with its new name, We Are One offers interesting puzzles to solve and a great narrative to follow. Players will be pushing back an encroaching industrial menace and to help them is their own past self. Ahead of the full release this year, they can also try out the new free prologue chapter of the game for free on Steam, Oculus AppLab, and SideQuest starting today.

In We Are One, players will find themselves thrust into a world ruled by violent machines. Seemingly doomed, in what might be her final act, Mother Nature imparts one final gift on We Are One’s hero –   the ability to create time loops and use their past selves to take on the previously impossible threat.

Players who love first person games and puzzles like Superhot and Portal will enjoy this game a lot. It reinvents the VR puzzle game mechanic by bending physics and creating time loops to clone themselves. Plan ahead and work together with the previous clones in order to solve puzzles perfectly in the present.

We Are One was designed to be comfortable to play, even to players who are sensitive to VR or new to the gameplay. No artificial moving and uses teleportation to navigate the game.

We Are One’s developer Flat Head Studio said, “We are really excited to announce the name change to “We Are One” and can’t wait for our players to experience the new visuals and content! We are thrilled to release the update on Oculus App Lab, SideQuest and for the first time on Steam too. Currently we are hard at work on the full version of the game including a full campaign, a level editor, and more content.”

On top of the free prologue, players can play the early access version of the game on Oculus AppLab and SideQuest right now, with a new update launching today which offers:

The free prologue chapter of We Are One is available to play now on Steam, Oculus AppLab and SideQuest. Players can wishlist the game now to be notified when it launches later this year.