When we first visited Wellington Wells in our initial review of We Happy Few, things did not go as smoothly as we had hoped. The many encounters of bugs and glitches were enough to make us feel like downers at times. But it seems, most of these issues have been and are being addressed as we speak.

Returning to the game, there seems to be some minor improvements. The level of detail went up a bit and starting quests no longer feels like a messy affair. We did, however, encounter a whole new host of audio and performance issues. These issues did clear up the longer it was in-game, but there’s no denying that it still takes some time to resolve some issues in the current version of the game.

The latest patch notes come with a laundry list of bug fixes and performance enhancements. Hold on to your butts, people! it’s going to be a long list. 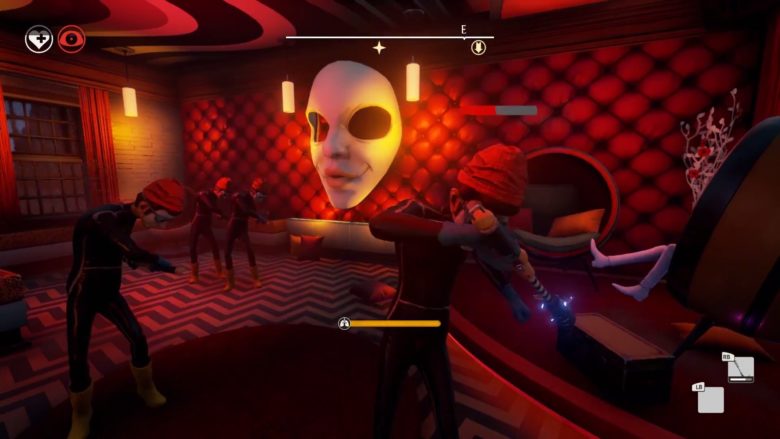 – Performance Improvements: CPU/hard drive optimizations implemented, meaning that there will be improved framerate and fewer textures and objects showing up at the wrong level of detail
– Performance Improvements: Memory leaks fixed meaning that the game should crash much less frequently on console
– NPCs no longer teleport/attach directly to you during combat
– fixed black screen transitions on weather changes when traveling through the world
– The VO line ‘Arthur Hastings! I thought you’d turned into a– oh, never mind, here you are!’ no longer occurs when playing as Sally or Ollie
– Fixed rare cases where players reported seeing duplicate assets (Doors, and even cinematic characters)
– Crashes fixed for a wide range of issues
– Fast Traveling to a hatch farther than 200m after interacting with the package no longer crashes the game
– Arthur – Fixed game occasionally crashing when loading screen occurs after reaching the Parade District and going back to the Garden District
– Fixed frequent crash when reloading a saved game in the parade district a few seconds after loading is over
– Fixed crash caused by save/loading in Apple Holm station before point of no return
– Fixed crash caused by reloading the autosave created every time Arthur crosses from Barrow Holm to Eel Pie Hold when Arthur progressed a good distance from the bridge
– Fixed the game occasionally crashing at the end of the unlock animation when acquiring the documents portraying Faraday’s whereabouts in the Bobby HQ
– Fixed crash when giving NPC a quest item and immediately Fast Traveling
– Fixed crash in Malpractice of Doctors caused by save/loading inside the encounter
– Fixed crash when moving into combat while on the Plassey Bridge
– Fixed crash caused by Fast Traveling or streaming in/out after dropping the possible heinous package
– Fixed occasional crashing during the loading screen when Fast Traveling to the Barrow Holm Track Access Hatch from another island
– Fixed occasional crash when answering the door and skipping the cutscene as Sally
– Fixed occasional crash after Arthur ‘s Hostile Takeover/document control checkpoint
– Fixed crash in The Still of the Night when rapidly filling bottles with strange alcohol
– Fixed many small/one of crashes 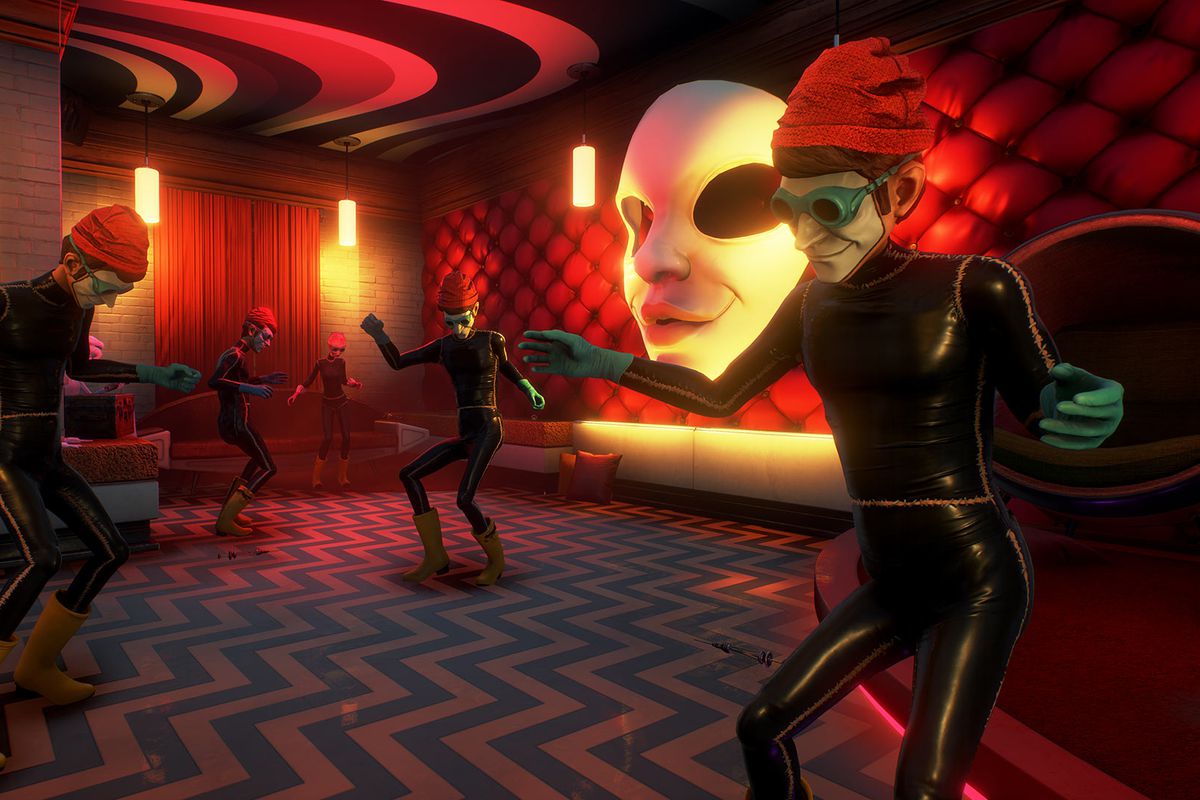 – Weapon “The Staff” appears in English when playing in another language
– Dark Linen can now be found in Arthur’s playing. allowing him to craft the Fab Threads
– Fast Travel: Removed the non-functional/misleading “Travel” prompt when unlocking the Iron Stomach skill
– Skill Tree: The Tireless skill now works as intended
– Map markers for shops will now show up from further away
– Power cells, empty power cells, and canteens will no longer be auto stored in the stash. Now, the live in the gadgets/gadgets/survival categories in the inventory menu and you will have to store them manually
– Teacups now appear in the crafting components category of the inventory, and will be stored as part of the “Place All” crafting components option
– Players will no longer be stunned by bees while wearing a Padded Suit or other thick suits
– The Bee Cannon no longer loses all its bees after reloading the game
– Lead Pipes wrongly classified as Heavy weapons, now just regular weapons
– Ollie: Can no longer Fast Travel to Parade District without opening the hatch in the Parade District
– Loading the Last Shelter Visited Save after completing a safehouse quest, will no longer cause it to become stuck in the journal
– Sally: Dexipam recipe can no longer be found systemically, which could lead to duplicate recipes being awarded

– Arthur/Ollie: Honey from the Bee Tree now lootable in all situations
– Arthur: The Germany memory will now appear in the Theatre after collecting it
– Arthur: When using a save 1.0, Arthur would be unable to complete Track Access Hatch quests. Now he can
– Arthur: WorldGen: Bobby HQ will now spawn in all cases
– Arthur: A Malpractice of Doctors: The effect of coconut joy no longer stays until save/load
– Arthur: Band of Brothers: Closing the door and going to the main menu right after unlocking the door to the dump can no longer create a progression break
– Arthur: Britannia: Sometimes, infinite loading would occur after watching the last cutscene
– Arthur: Cub Reporter: Dying while in Gemma’s house could lead to infinite loading
– Arthur: Finding Faraday: Ask the Duty Officer: Running around the Bobby HQ could cause a freeze
– Arthur: Hostile Takeover: The cutscene outside of Hostile Takeover that gives the player Future Perfect will now play in all cases
– Arthur: House of Curious Behaviors: The red bobby will now always open the gate if the player save/loads after the entering the House for the first time
– Arthur: Malpractice of Doctors: Returning to main menu while deactivating quarantine protocols no longer can lead to a loss of functionality
– Arthur: Malpractice of Doctors: Returning to the main menu during the experiment saves the game despite the message saying it won’t, leading to multiple save/load issues. Now correctly does not save
– Arthur: Mother’s Little Helper: You can now pick up the notes by the table after all save/load conditions, no longer blocks quest progression
– Arthur: Mystery House: NPCs now react to Arthur when returning to the encounter, after performing a save/load during the objective “Neutralize the cultist”
– Arthur: Possibly Heinous Package: Easier now to pick up the package
– Arthur: Superb Meat Boy: Killing the Plough Boys before they leave the alley no longer results in a blocker
– Arthur: The Slaughterer’s Apprentice: Getting shocked while in a trashcan no longer breaks progression
– Arthur: The Slaughterer’s Apprentice: The broken eviscerator part now won’t fall through the floor after using the machine for the first time
– Arthur: You Can’t Beat the Odds: The Plough Boys will now enter the shop, allowing the progress to continue
– Arthur: A Model Citizen: Doing a save/load before taking the reward no longer causes the player to be unable to move
– Arthur: A Model Citizen: Going away from the quest location during the objective: “Help the Models” no longer blocks progression
– Arthur: IN the Still of the Night: Player can now progress by filling a bottle with the strange alcohol
– Arthur: Plough Boy’s Lunch: Placing Ed down then performing a save/load no longer causes Ed to be buried alive (spawn underground)
– Arthur: Future Perfect: The level for rotating the machines in the DSIR will now always be rotated correctly
– Arthur: The Faraday Cage: It is now possible to load a saved game that was created during the Faraday Cage questline while using a save from 1.0
– Arthur: The Great Stink: Performing a save/load after picking up the “Jubilator Grand Derby” note no longer causes the lore to be placed in notes twice
– Arthur: the Great Stink: The Jubilator in the tunnel no longer gets stuck in place
– Arthur: The Two Musketeers: Fixed occasional infinite loading when going back to the main menu before and after the last cutscene
– Arthur: Point of Departure: Fixed saving and quitting after the flash back causing Arthur to respawn stuck on the camp island, depending on world generation
– Arthur: A Malpractice of Doctors: Fixed missing subtitles for the announcer when arriving at the Wellington Health Institute top floor
– Arthur: Britannia: Final cutscene now has subtitles
– Arthur: Subtitles: Fixed lines during the talk in the bunker appearing in English when playing in another language
– Arthur: Subtitles: Fixed lines during the talk in the Train Station Tower appearing in English when playing in another language
– Arthur: Subtitles: Two lines during the talk between Arthur and Ollie in the train station appears in English when playing in another language
– Arthur: Subtitles: Cult of Jack: Subtitles, objectives, and descriptions were in English when playing in another language
– Arthur: Subtitles: Turning the subtitle option on at the military base entrance no longer displays a full of page of dialogue obstructing the player’s view, even though that was kind of funny
– Arthur: Subtitles: Two strings when entering into the Odds and Ends appear in English when playing in any other language
– Ollie: Manned Flight: Performing a save/load at the back of the room on the right side at the objective “Get in Cannon” no longer blocks progression
– Ollie: Pomanceous Puzzle: The gas masks will now always spawn when reaching the quest for the first time
– Ollie: The Truth Shall Set You Free: After credit cutscene no has subtitles
– Ollie: The Truth Shall Set You Free: Using a bobby whistle before triggering the cutscene of the executive committee no longer causes the game to freeze once the cutscene starts
– Sally: Bad Dreams: The quest no longer automatically completes after the first cutscene
– Sally: Doing a save/load or dying on Wednesday’s hill no longer leads to a permanent death loop 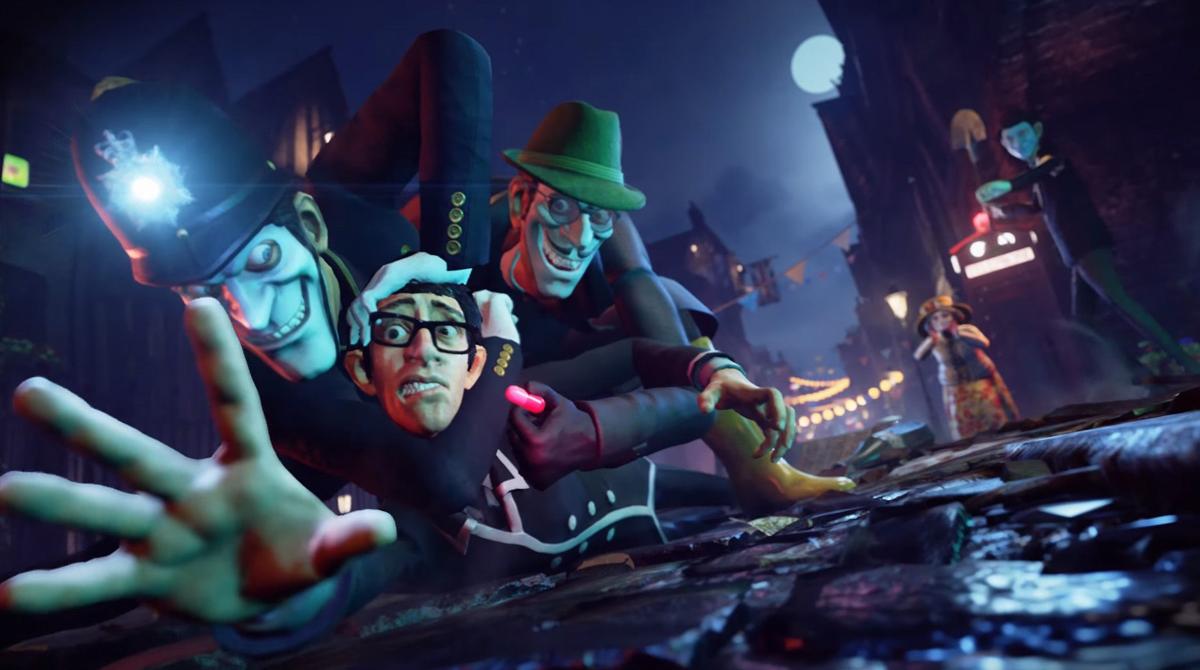 – Fixed a weapon blood VFX not displaying on PS4
– Arthur: I Sing the Body Electric: The alleyway leading to the underground has a color gradient displaying over the floor on PS4
– Brown, black, and green checkered/corrupted texture now no longer appears over wet mud, behind Sally’s House, and in other locations
– Fixed crash when taking out the peeing headboy in the Hooligan Camp
– Fixed crash when entering the Broadcast Tower as Arthur
– Fixed occasional GPU hang
– Fixed shelters occasionally failing to complete on PS4 pro