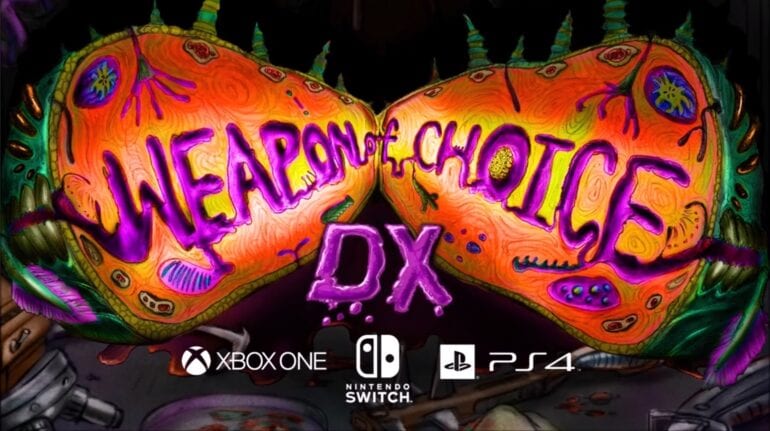 Weapon of Choice DX is a high-energy, side-scroller with a unique playable characters each with their own special weapon! Blast insane aliens, find new player characters, and choose between branching paths! The DX version improves on the award-winning XBLIG hit with difficulty rebalancing, a new widescreen layout, and uprezzed 4K art.

The world is being taken over by gene-combining beings from beyond the stars!

Hideous new creatures are popping up everywhere, and it’s up to the Solus Operatives to grab their unique weapons and split some disgusting alien skulls!

Run and Gun and Chat

Join the Mommy’s Best Games Discord to get all the news on Weapon of Choice DX, upcoming MBG games and sales, and to discuss other run and gun games. Shmup players, retro enthusiasts, and game developers are there now talking about the details of many classic shooters.

On September 2nd, Weapon of Choice DX will be available in the Americas and Europe on Playstation 5 and Playstation 4, and Nintendo Switch. The Xbox One version will support a worldwide release.

The Xbox One version is available for pre-order now. The Nintendo Switch pre-order will start on July 21st.