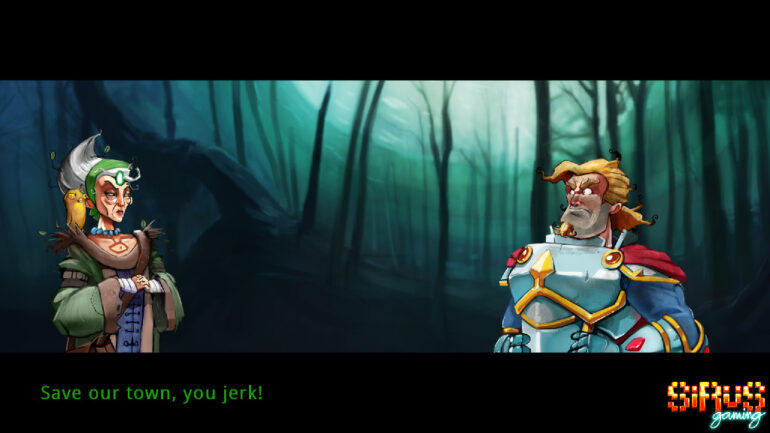 You are cursed for being such a jerk; every weapon you hold quickly disintegrates after time and you get weaker when you don’t kill anything. What would you do?

Weaponographist is a top-down, dungeon crawling arena combat game with a few roguelike mechanics developed by Puuba for the PC through Steam. Players follow the story of Doug McGrave, the world-famous demon hunter, handsome and strong and also full of himself. While on a journey with his trusty bard, Doug meets a witch who asked him to save the town of Hellside fro the demons that plague it. Due to refusing the request of the witch, a curse was placed unto him. His wealth was taken away from him, his strength sapped from his body every second, and all of his high-leveled equipment gone, and he still has to save the damned town. To survive the onslaught of the demons and to break his curse, Doug must make do with whatever weapon he can pick up during this suicidal quest. 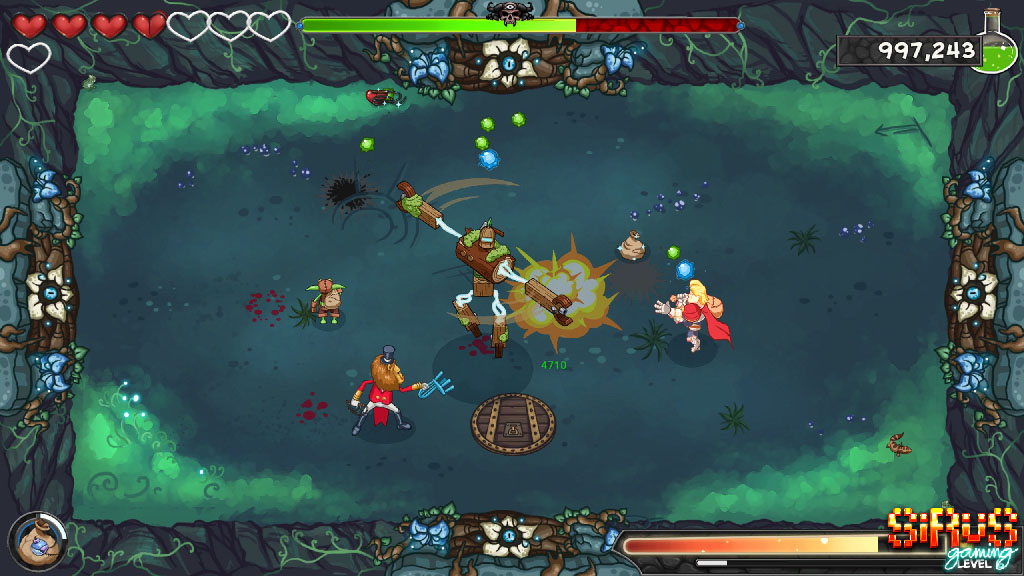 Weaponographist’s gameplay is as straightforward as it can be; you hit your enemies with your fist or your weapons and try not to get hit with their attacks by evading and running. The added catches are that you can pick up whatever weapon your enemy drops but you can only use it for a limited time and there is a bar that you need to fill up by killing the monsters but it also goes down every moment you don’t kill one, effectively weakening your attacks. You can also pick up up chunks of ooze which you can use as currency in town. The roguelike aspect comes in when you die (of course) and you get brought back to life in the town wherein you can upgrade the strength of the weapons you pick up and also upgrade other stuff like raising the instance of a chest to pop-out in a level or leveling-up your ability to run faster. Every time you dive in a dungeon and die gives you the chance to upgrade your weapons and yourself to be able to go deeper within the dungeon. 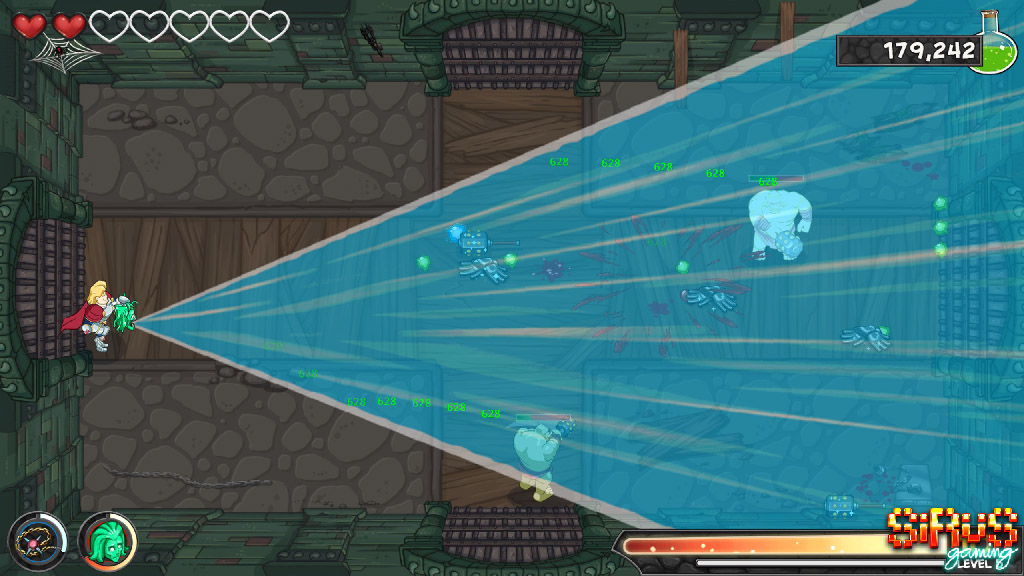 The game was presented with a cartoony artwork; not that vibrant and not that dull either. Along with its tracks and background sounds, there is nothing much about their visuals that are quite notable and worth mentioning. A plus note would be that they kept the art style simple enough that it does not distract the player from the game itself. The background music has little variation which some players might find a bit off-putting.

One thing to comment about Weaponographist is that it could get quite repetitive after a few runs plus the challenge curve can be quite unforgiving. Although the levels that you encounter gets randomized in a few aspects such as the arena and the enemies you face, it would just be the same set of levels you’d go through every run, albeit you can go faster than your previous run. The controls are simple and quite easy to learn except for the default keyboard controls which can be a bit counter-intuitive at first but you can change the mapping in the settings. It is recommended, however, to use a suitable gamepad with analog controls for this game. 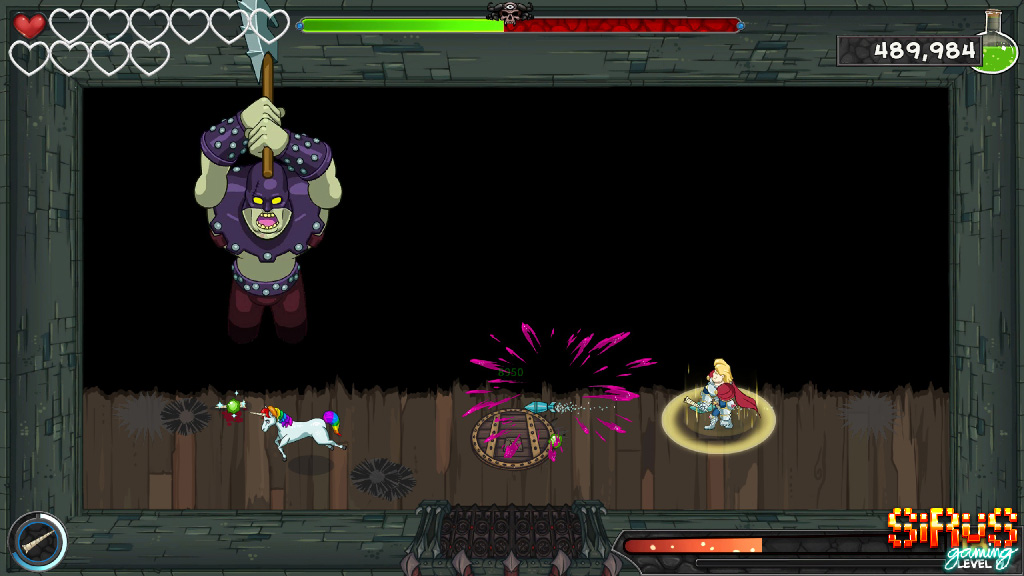 If you are a gamer that is into short-burst gaming just to kill time or just to get yourself occupied for a while, then Weaponographist might be for you. However, gamers who are also into leaderboard gaming and try to outdo themselves and others with their scores might also fancy this game. There aren’t much in-game achievements to be worked upon except for the fact that you must save the town and break the curse, but there are a couple of achievements on Steam that you can aim for that might be able to get you occupied for a few hours more. Overall, Weaponographist is there as a combat game but it’s not quite there as a game that could really get you hooked up on playing for hours and hours. My recommendation: you can try it out to experience the gameplay but I don’t guarantee that you’ll totally love it.