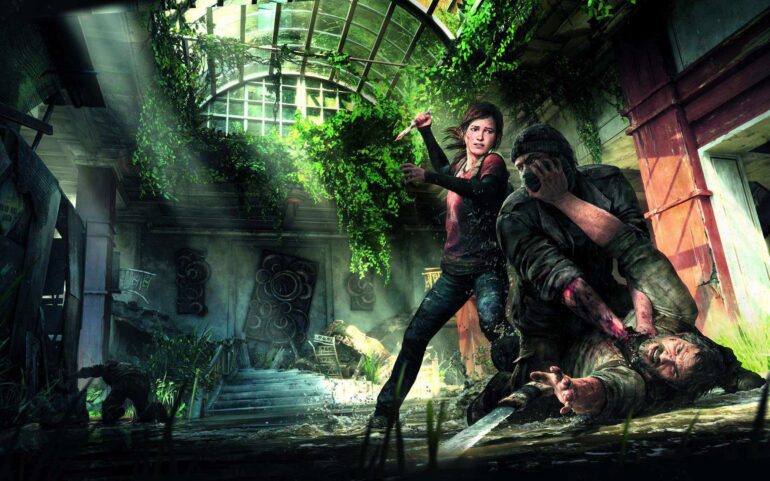 If you have been on twitter these past few weeks you might have noticed the cast and crew of The Last of Us Part II tweeting that Mo-cap recording for the game is in full swing. The most famous of these tweets is one by Ellie herself, Ashley Johnson, with Troy Baker (Joel) behind her, both of them in full Mo-Cap attire.

Mine would be Neil Druckmann’s tweet about being afraid of his co-writer, Molly Goss. This tweet is accompanied by a picture of the said co-writer mounting a dummy horse, thrusting a shot gun up in the air.

A lot of people would like for the game to go open-world but I would like to argue against that. Naughty Dog’s strength has always been about controlled narrative experience. Such control can be lost in an open world game. That said, I would very much love a bigger areas to explore. Not only can a bigger stage provide us with more opportunities for scavenging, it can also introduce us to the horror of open spaces. One might think a bigger space provides players with more areas to hide. That is true but it also makes the player vulnerable from more directions. This is something I fear in real life and to have it portrayed in a horror game.

The Last of Us Part II takes place years after the initial outbreak. By this time, resources has to be scarcer. Fighting the infected is becoming more and more taxing. These ideas were explored in the first game but with the passage of time, it would be a much harsher world and it would be nice to have that come out through gameplay.

Another interesting they can do to show the passage of time is bringing in new monsters. Something that might have learned from all the Clickers we shived from the first game. As I am not an imaginative guy, it is very difficult for me to think of a concept of a new infected but if they show us something scarier. Something that they can explore is the idea of Ellie being an infected. While she was bitten, she was considered to be the cure as she maintained her personality and human appearance. But we need to remember that her brain was completely wrapped with the fungus. What if she is just another form of the infected. As someone who appears human, it would be very easy for her to spread the spores as no one would suspect her as an infected. This could be what triggers the events of the game.

Hopefully people will agree with me here when I say The Last of Us felt like a co-op game without the co-op. Ellie was almost always at your side and the only time you played without a partner for a significant amount of time was the part where Joel was close to death. As someone who enjoys a good split-screen coop, having The Last of Us Part II be a co-op game would really make me happy.