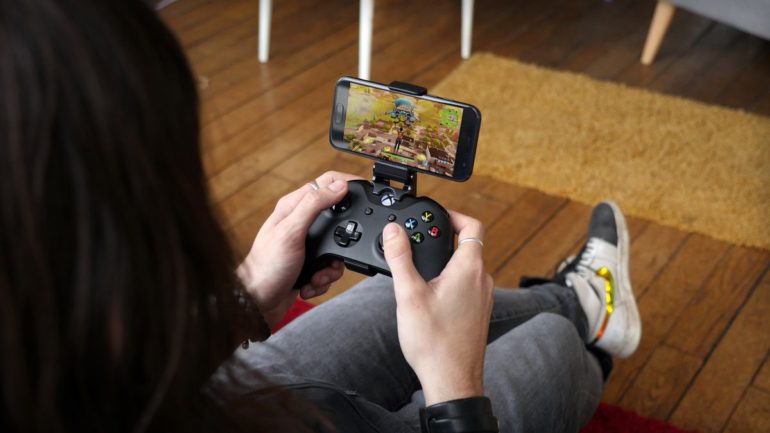 Unless you’ve been living under a rock these last few months, then you’ve heard of Google Stadia and its promise to make consoles obsolete. Pretty bold claim, right? I mean, consoles have been around for a very long time and, by all means, a part of gaming culture. Unfortunately, being a mainstay at this moment doesn’t guarantee that you’ll last forever. Just inquire about the humble arcade cabinet and you’ll get what I mean.

Once upon a time, arcades used to be a vary common sight, especially around commercial areas. I don’t presume that they’ve gone the way of the dinosaur, but it’s quite clear that they’re not as wide spread as they used to be. Even the arcades at our local SM City play host to a number of arcade cabinets, albeit old favorites that look like they’ve seen many years of service. The point here is, apart from countries like Japan, places like arcades don’t have the same appeal that they used to. And its all thanks to the little gaming machine called the console.

It’s simple really, the biggest draw of arcade cabinets back in the day was that they were generally superior to consoles of the same era. But as consoles got more powerful, arcade cabinets sort of fell out of favor. The appeal couch gaming was too good and the cabinets themselves no longer seem to innovate like they used to.

Something similar is happening in today’s gaming industry. An attempt to replace everyone’s gaming library’s with something akin to a Netflix subscription model. In theory, it doesn’t sound too bad. Players pay a monthly fee to gain access to whole library of games, both past and present. Unfortunately, early attempts at this form of service were not successful – to say the least. One need only look at OnLive to realize that the idea is full of potential, but the technology was just not there yet. Issues with video quality and input lag constitute as major factors in the failure. Any gamer worth his salt will not tolerate either one, much less both at the same time.

If you give it a chance, there’s so much potential to the idea of cloud based gaming. For one thing, it removes all need for downloads. That goes a long way for players who often whine about limited storage space. More importantly, it allows instant access to new games at the press at a button. That pretty much covers the most basic promise of the cloud. So far, we haven’t gotten there yet. There are still a few things that need to happen in order for the dominoes to fall into place.

Fast forward to the early 2020’s and we see a resurgence in the interest of cloud based gaming. (I refuse to talk more about Google Stadia. As it stands, it’s got one foot in the grave.) We have Sony and it’s so-so Playstation Now, the highly anticipated project xCloud from Microsoft, and the new kid on the block Nvidia’s GeForce Now. Along with a host of various other services that target different platforms. For more details and the kinds of services being offered – Google is your friend. Each service has got its own unique selling points and it’s up to user to decide which one is best for them.

Seeing Microsoft take the lead in the cloud based gaming is no surprise. The X-Bone was far behind the PS4 this current console generation. Almost seemingly in response to Microsoft’s efforts, Sony decided to beef up it’s Playstation Now service. Though much more needs to be done in order for it set itself apart from the others. Anyway, that’s 2 of the biggest console makers in the market, trying their hands in cloud gaming.

Does that mean the end of traditional consoles? No, not at the moment. There are still many old school gamers like me who still prefer physical media over digital stuff. For me, it’s about the collection, much in the same way one collects books. I don’t get the same feeling while staring at my steam library. For others, the issue with games’ ownership comes into mind. And for good reason. In a cloud based gaming world, the players DO NOT own the games. Players simply pay for the convenience to have ACCESS to said games. No one, and I mean no one wants to wake up one day and see that their platform of choice is no more, along with your entire library of games.

Of course, as with all things that come with an expensive hobby like gaming, there are no guarantees. People need to make space on hard drives to play more steam games. Consoles can suddenly stop working, leaving you with nothing more than a paper weight. Let’s also not forget
issues that arose from disk abuse and neglect. It’s just some of things that one has to keep in mind when getting into the hobby.

Now, if you are to ask me – today, if cloud based gaming is the next big thing. I will have no choice but to give a reluctant YES. There’s no other way around it. As much as we want to keep physical media alive, there’s no denying that digital sales continue to go up while physical media continues to decline. It’s just the way it is in this smartphone reliant world. For the time being, however, consoles and cloud gaming are just fine sharing the same space. Only time will tell if and when consoles will end up like arcade cabinets.

I, for one, do not like the idea of a world where it’s all digital. But I suppose if that’s the direction we’re headed, I don’t have much of a choice. At the very least, I can take comfort in the fact that if the internet goes down for some reason, I can still play my favorite games on antiquated hardware.