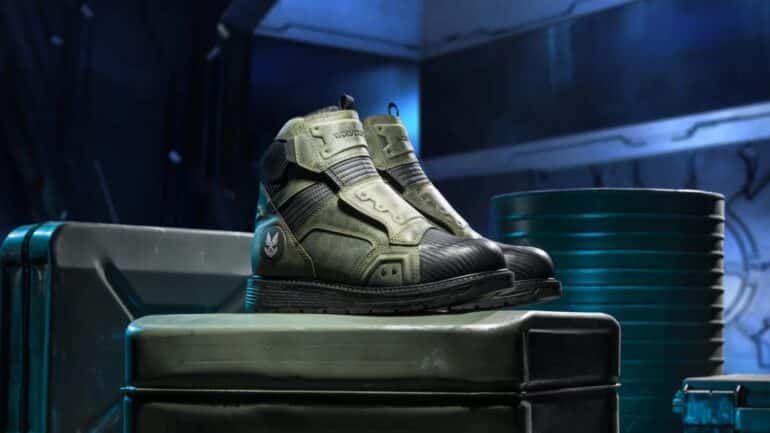 Halo has partnered up with Wolverine, the 139-year-old boot and clothing company for to release multiple Spartan-inspired boots called the Wolverine x Halo: The Master Chief boots to celebrate the franchise.

Microsoft announced the limited-edition Wolverine x Halo: The Master Chief boots to celebrate the franchise for a whole year. Microsoft wanted to bring the Halo boots to life and Wolverine offered to help for the collaboration.

The collaboration boot itself is inspired by the Wolverine’s Hellcat boot. It is a unique pair and draws inspiration from the aesthetics from the Master Chief’s iconic armor and insignia from the Halo universe. It has the looks of the famous Mjolnir armor and is said to be as tough too while offering comfort, strength, and support that Wolverine is already known for in all of their work boots.

After a year of making designs and collaboration, both companies are proud to announce that there are now 117 pairs of the Wolverine x Halo: The Master Chief boots. It will be released this coming March 29, 2022 at 12 PM ET on the official website of Wolverine.