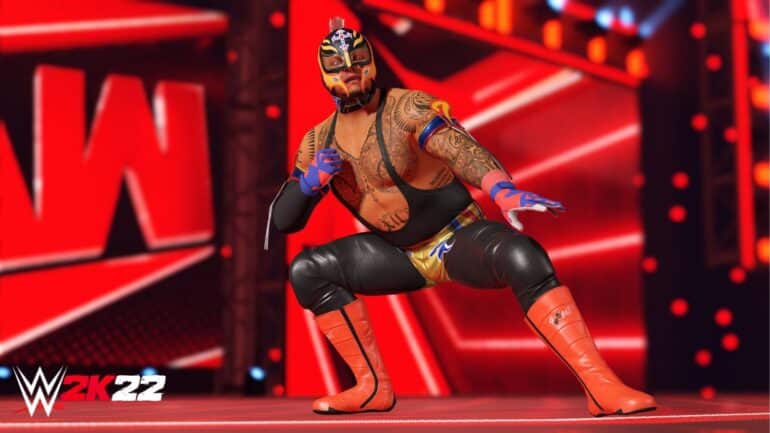 For many years, professional wrestling is considered an active sport. It has influenced many types of athletes and entertainers to perform in live arenas showing their charisma and athletic abilities to their audiences. With that in mind, WWE 2k22, the new video game from WWE and 2K games have brought out charisma and a storm of unexpected greatness for fans to see.

WWE 2K22 is a fresh take on the old formula of past WWE 2K games. The game’s theme this year is “IT HITS DIFFERENT!!!” This not only pertains to the game’s appearance but also the gameplay, the controls, and the atmosphere it has created for wrestling fans worldwide. As a vivid wrestling fan and gamer, the game made me feel like playing old WWE games in the PS2 and Xbox 360 era such as WWE Raw VS Smackdown 2007, 2008, and Smackdown: Here Comes the Pain.

Initially, after hearing of the delays and the new announcement trailer for its release, I thought the game would follow the same format as previous WWE 2K games. At this point, technically speaking, it felt a bit boring and old for me to keep playing the same old superstars and doing the usual moves.

But now in WWE 2K22, everything is different.

The controls of the game are focused more on combos in which players can choose to strike and grapple their opponents in any order. These combos are very effective and awe-inspiring as the new wave game engine designed by 2K helped improve the features of wrestling games. In my opinion, this is a great way to change how wrestling games work. Previously in older WWE 2K games, players would have to rely on the position and the proper rotation of the controllers to do their favorite signature wrestling moves. Now it is all about using the combo feature.

The game’s roster mostly involves all who were present in the WWE roster from the main line up to the NXT rising superstars to the Hall of Fame Legends. Surprisingly, the roster isn’t so bad as each superstar has their own charisma and attitude. Whether they are face or heel type wrestlers, they give a certain amount of OOMP that the game needs.

Players can also customize not only the looks of the roster but also the looks and entrances of each of them. Customizing them may look hard at first but through hard work and dexterity, the finished product is worth the wait as doing so creates certain amounts of popularity, especially to well-known gamers in different social media that use this feature. Among the rosters found in WWE2K22, I am actually glad to see the likes of Edge, Roman Reigns, Seth Rollins, and my personal favorite, the Demon King, Finn Balor.

Overall, the roster of WWE2K22 is big and is still expanding as I just learned that there are new superstars joining the game once the DLC comes out.

WWE 2K Showcase features certain legendary superstars that left a big impact in not only the gaming world but also in the industry of wrestling. This year’s WWE 2K showcase mainly focused on the career of one of the all-time greats in lucha libre wrestling and highflying ability, Rey Mysterio.

Playing Rey Mysterio in WWE 2K22 Showcase was really worth the time as I got to know more of what made Rey Mysterio such a great legend. In his early matches in WCW against Eddie Guererro to the big matches in Wrestlemania and other WWE pay per views against the likes of Dolph Ziggler, Samoan Joe and even competing against the likes of JBL for the WWE World Heavyweight Championship, relieving them was great and inspiring as the game has been given a lot to worth playing it.

For every fan in the wrestling world, there is a chance for them to become a wrestling star. These words are true as not only does it apply to the wrestling industry but also to wrestling games. In WWE 2K22, players can create their own wrestler. They can choose different types of builds, expressions, moves, and even personalities. Players can either modify their wrestling moves and entrances based on the current roster of the WWE and even some from the independent wrestling promotions. Not only that, using customized wrestlers and even WWE 2K roster has its advantages as they can be played not only locally but also online with different wrestling fans around the world.

GM or General Manager mode is another feature in WWE2K22 that is worth playing as well. In this feature, fans get to choose their favorite GMs like William Regal of NXT, Sonya Deville of WWE Smackdown, and also Stephanie McMahon of WWE RAW to choose top wrestlers of the company to either be drafted to their own roster or traded off to other WWE brands. They can also choose which wrestlers go live in wrestling events, promotions, and pay-per-views as the story goes.

This type of feature has created an opportunity for those who wish to learn the ropes of the wrestling industry and how to make it a success. As a wrestler of a Pinoy wrestling company, I can testify to the fact that making a show great and unpredictable may look easy at first but in fact, it is very hard to do so. This returning feature in WWE 2K22 will give fans an open view of how big it is.

The game is worth playing for many wrestling fans. However, after playing multiple hours into the game, I have noticed some shortcomings that may need improvement. One of which is the targeting system. In wrestling promotions, there are many types of matches like one-on-one, tag teams, battle royales, and even backstage brawls. True, those types of matches are in WWE 2K22. However, facing multiple opponents causes some amount of confusion in the ring as I had a hard time determining who am I facing or whom should I avoid.

Another issue I noticed in the game is the camera settings in the game. The camera default angle of the game is mostly through sideline type camera view and it works well on different matches but when it comes to matches like cage matches, backstage brawls, and even Hell in a Cell, there would be times that the camera suddenly changes out of nowhere and causes some weird disturbances. Knowing these, I believe that an update is required to fix these bugs and improve the camera and targeting systems of the game.

Overall, the game is great and worth the asking price. The game is available on the PS4, PS5, PC, and Xbox Series X|S. Fans can look at the WWE and 2K Youtube channels to see more gameplay and mechanic trailers of what WWE 2K22 has in store for them as the game releases on their preferred system. 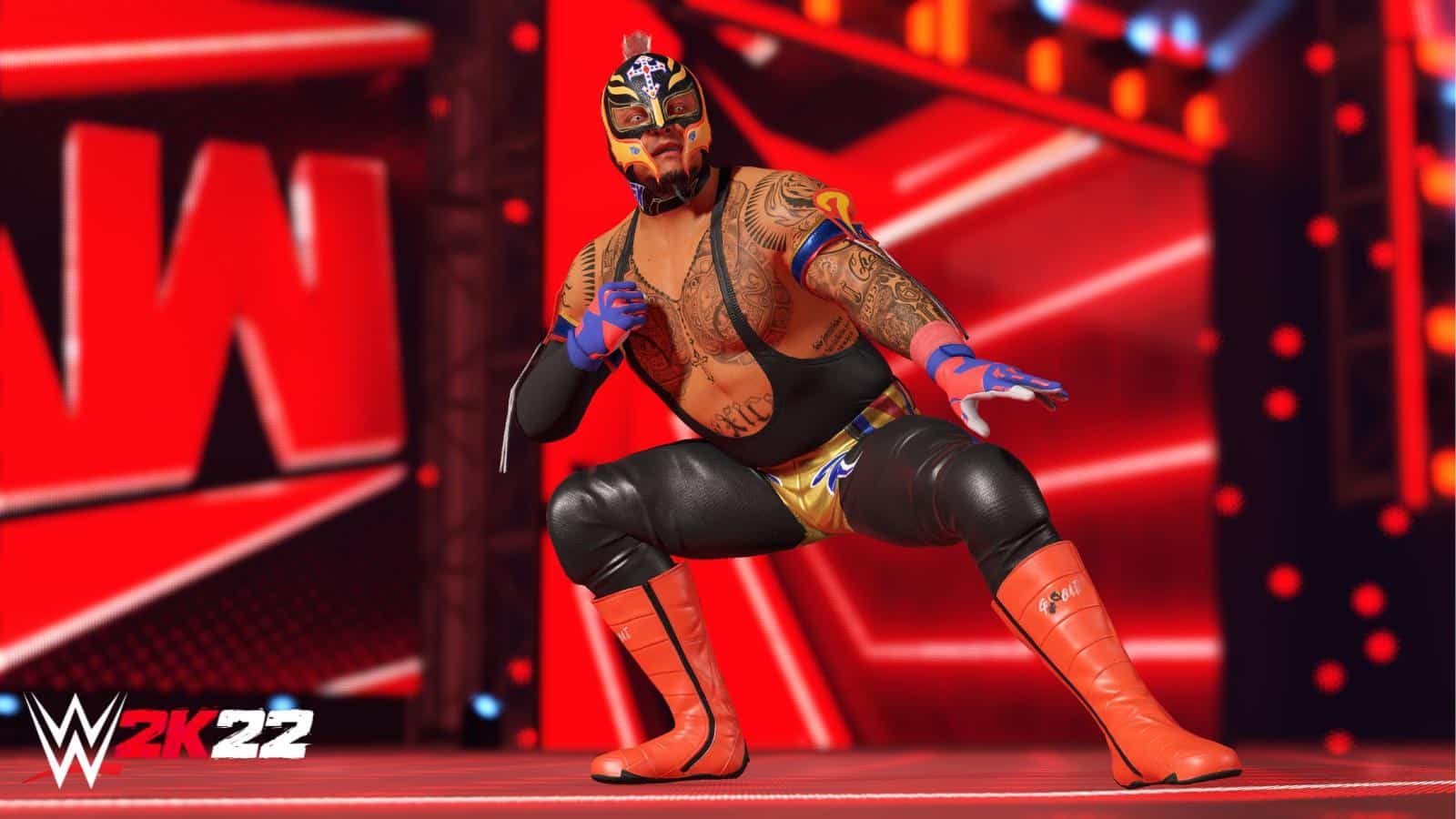 WWE 2K22 – Review
Score Definition
When the issues of a game are rolled and stomped by its greatness, then it’s something to invest on if you have some spare.
Pros
Combat controls are all combo based
Customizing is a must to this game
The roster is ever expanding
Moves, entrances and wrestlers can be customized and shared online
Old features are coming back to bring out a different type of wrestling game formula to 2K sports
Relieving one of the all time greats has its perks
Cons
Targetting system needs fixing
Camera angles causes some irregularities in the game
8
Great