Xbox Cloud Streaming on Consoles Plays New-Games on Xbox One

Tests will start this autumn. 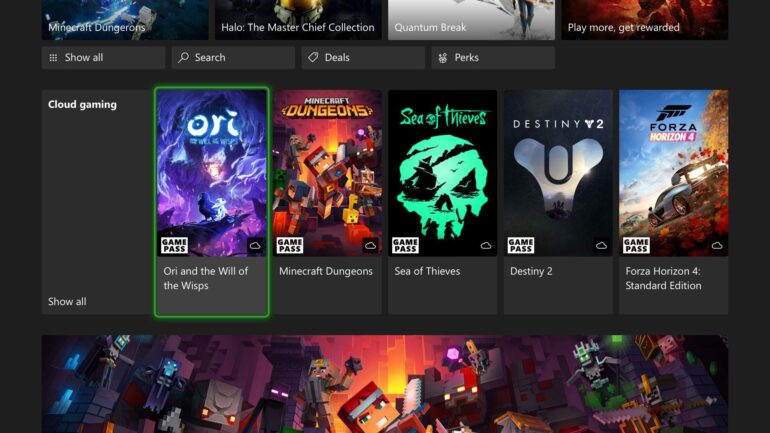 With Xbox Cloud Streaming on consoles, Xbox One users will be able to play Xbox Series X/S games via streaming. It will be launch this coming holiday and the tests will be taking place this autumn.

With this feature, Xbox Game Pass Ultimate members will be able to play 100+ games right from the cloud. In this way, the console gamers will be able to play some of their favorite games as quickly and easily as possible. They can also transfer to games with their friends easily as well without waiting for installation and even try out the Xbox Game Pass titles before even installing them.

No need to wait for the installation process to be done with this feature because Xbox Game Pass Ultimate members can easily just play via streaming first. They can play the game and then install it at the same time. Xbox One users can try out new-gen games like Microsoft Flight Simulator and The Medium via cloud even though it is a gen-9 console.

The Xbox Cloud Streaming on consoles support up to 1080p and at 60 FPS.