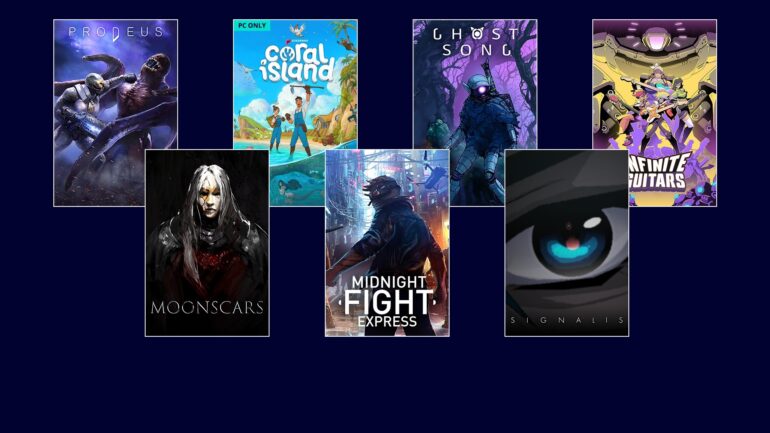 Seven new games developed by indie developers and Humble Games will be coming to Xbox Game Pass on day one. The lineup includes a brutal action beat ‘em up title, a soulslike slasher, farming simulator in a different world, a 2D adventure, a rhythm RPG, first person shooter, and a classic survival horror.

Midnight Fight Express is now available on PC, console, and Cloud. You play as a former member of the criminal world who has come back to the underworld lifestyle. Can you prevent a citywide criminal takeover before sunrise?

Moonscars releases on PC, console, and Cloud and will be available on September 27, 2022. This is set in a nonlinear 2D world and a soulslike slasher. Play as the fierce warrior Grey Irma and push the limits of your combat skills. Developed by Moldova-based Black Mermaid.

Coral Island is for PC later on October 11, 2022. Leave the big city and start a new life on Coral Island. Build a farm where you tend to your crops, take care of animals, and build a bond with nature. Developed by Stairway games.

Infinite Guitars will be on PC, console, and Cloud. A rhythm RPG where players fight mechs with metal-crushing rock. A game that features vibrant anime-inspired art and a blazing original soundtrack. This game developed by Nikko Nikko will be available later this year.

Prodeus launches on PC, console, and Cloud later this year. A first-person shooter re-imagined using modern technology and developed by Bounding Box Software. It features a campaign hand-crafted by FPS veterans and multiplayer modes inspired by the classics.

Signalis is a classic survival horror experience set in a dystopian future where humanity has uncovered a dark secret. It will be coming soon from rose-engine.