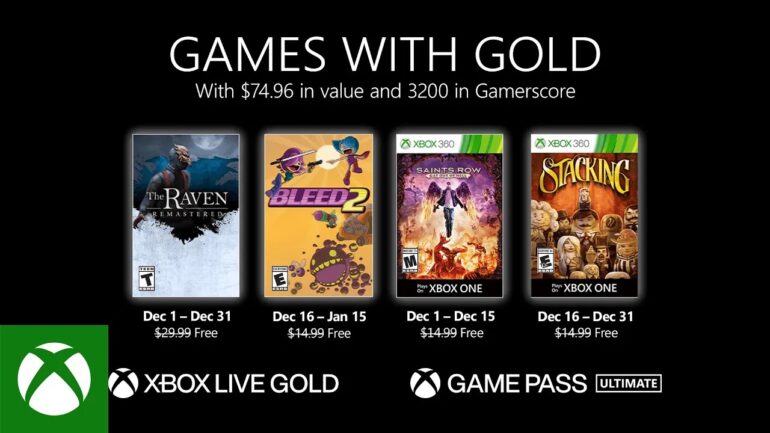 There are four titles that will be available for download for those who have gotten the subscription service. Players with Xbox Live Gold can gain access to these titles starting December 1 until sometime January 2021.

Here are the four titles that will be offered:

The Raven Remastered comes from the creators of the Book of Unwritten Tales-series. Players will be taking on the role as Constable Anton Jakob Zellner in 1964 London, hunting for the legendary master thief, The Raven.

Bleed 2 will let players take on the role of Wryn and defend the world from an invading force of villains. It will them to endure seven intense levels with over twenty-five boss battles.

Saints Row: Gat out of Hell is a popular title with crazy features. Players will be taking on Johnny Gat and Kinzie Kensington as they fight the underworld in a quest to save the soul of the Boss.

Stacking is a game where players will become the world’s tiniest Russian stacking doll named Charlie Blackmore. He will embark on an adventure to save his family from the villainous The Baron.