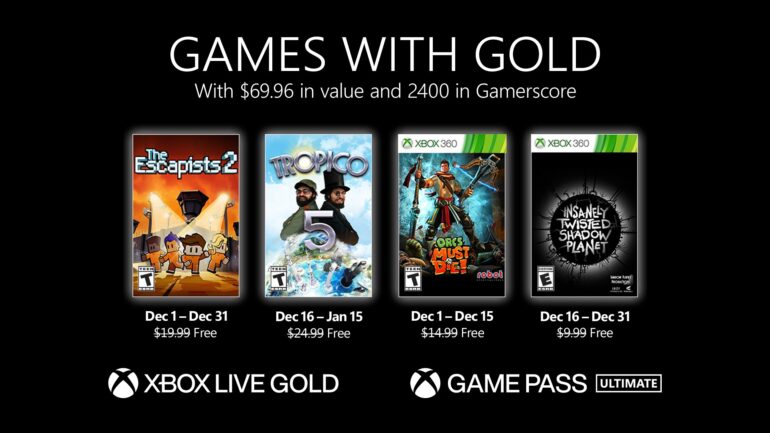 Microsoft has officially announced the Xbox Games with Gold December 2021 lineup after it was earlier leaked online.

And true to the leaks, the predicted lineup was true all along. Players can enjoy four titles that will be free to download next month, which includes a prison simulator, a city simulator with a twist, an action game involving orcs, and a 2D platformer where you encounter bizarre creatures.

Xbox Live Gold members will have exclusive access to these games for a limited time. Xbox Game Pass Ultimate members can also gain benefit of downloading these games for free.

Here are the titles that will be available to download for free next month:

Players can join up with three friends to form the ultimate crew and engineer the wildest escapes from some of the toughest prisons in the world. They must follow the rules and live by strict routines while planning for the most devilish escapes.

Build your own dynasty from early colonial period to beyond the 21st Century with the latest add-ons like The Big Cheese and Hostile Takeover. Build infrastructure, plan trading routes, and utilize the latest technologies with a twist of dictatorship.

Players will take on the role of a War Mage to defend twenty-four fortresses from a mob of beastly enemies by using different weapons and traps. Enjoy blasting away monster in this fantasy action-strategy game.

This 2D action-adventure game allows players to explore unique environments, fight bizarre creatures, and more. Explore the depths until to the center of the mysterious Shadow Planet, while solving complex puzzles in order to save the home world.