It's both 2D scrollers. 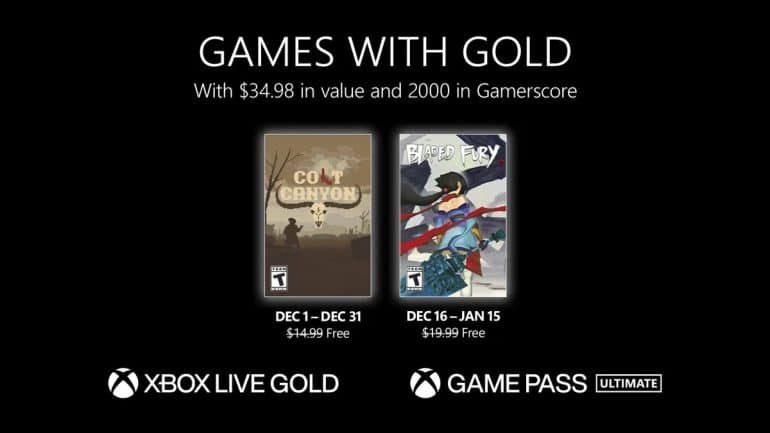 Just like usual, NONE of our predictions have hit the target as Microsoft has once again made a random choice for its free games lineup this month for Xbox Games with Gold. According to the official website, the lineup includes 2D side-scroller games Colt Canyon and Bladed Fury.

Hold on to your hats, partner. Let me tell you a tale ‘bout a gunslinger that’s been left for dead and his partner kidnapped. It’s time for you to head out to Colt Canyon, an unforgiving western landscape filled with hidden treasures, weapons, danger, and bloodthirsty scum. Shoot your way through and maybe blow a few things up with TNT along the way with a spaghetti western soundtrack humming in the background. Save your partner and other innocents, and if you’re lucky, you’ll have a blast doing so and won’t end up as buzzard food.

Accused of murder and exiled, Princess Ji goes on a breathtaking, action-packed journey to prove her innocence, rescue her sister, and blaze a trail of bloody vengeance. Unleash your side-scrolling skills in this classic 2D game based on Chinese mythology. Take on ancient enemies and gods using high-octane combo attacks! The art and sound design are gorgeously rendered, mixing traditional flourishes with a surreal edge.