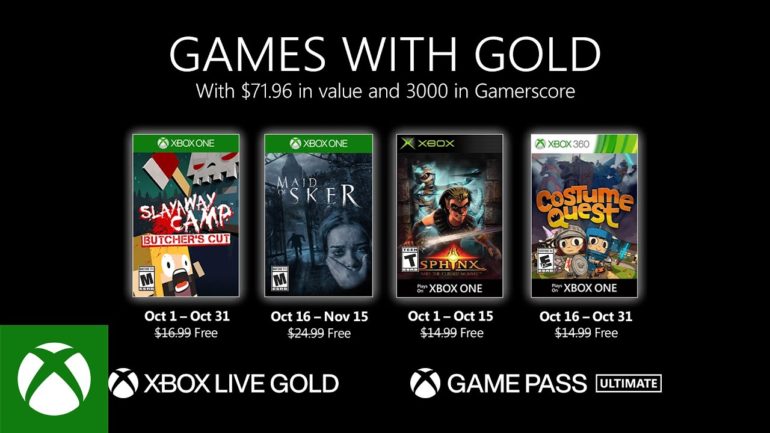 Game company Microsoft recently announced the next new lineup for Xbox Games with Gold for the month of October 2020.

The games included are mostly for Halloween meaning more about horror. It is Microsoft’s way of celebrating the upcoming season even though everyone is cooped up due to the global pandemic.

Here are the games available for October 2020:

Slayaway Camp: Butcher’s Cut will be available on Oct. 1 to 31 on Xbox One. It pays homage to the classic ‘80s trash horror and players take on the role of Skullface.

Maid of Sker will be available on Oct. 16 until Nov. 15 on Xbox One. The game is set in a remote hotel famous for its macabre and gory history. Players will have to use stealth tactics in order to survive their ordeal in this scary place.

Sphinx and the Cursed Mummy will be available on Oct. 1 to 15 on Xbox One and Xbox 360. Players will take on the role of Sphinx and his reluctant hero friend the Mummy. They will travel all over the world in order to stop the evil plans of Set.

Costume Quest will be available on Oct. 16 to 31 for Xbox One and Xbox 360. Players are tasked to collect super-powered magical costumes and level up their hero in the monster-filled neighborhoods of Auburn Pines.