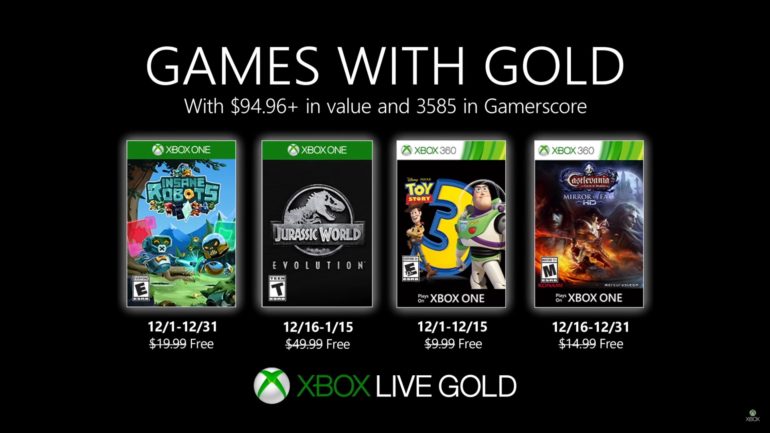 Four titles will be available for those who got the subscription service for the month of December and they can be downloaded for free. Two of them are for Xbox One only while the other two are Xbox 360 titles and can be accessed by its successor via backwards compatibility.