“Xbox One X Is Our Flagship; We Have So Many Big Exclusives” says Aaron Greenberg 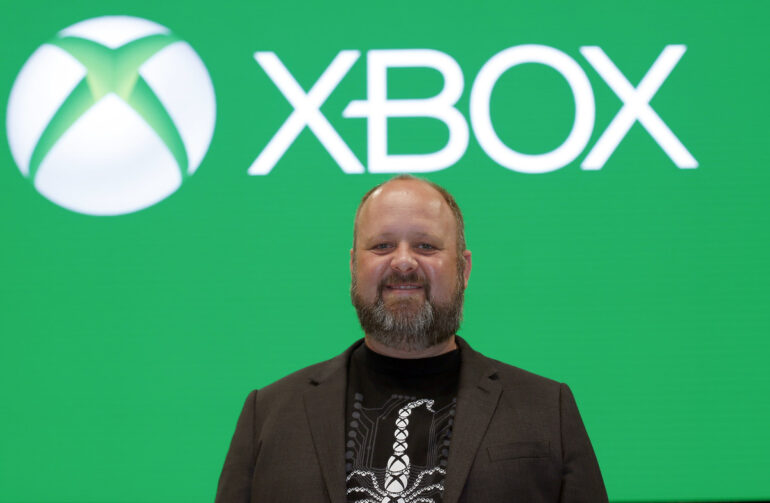 Recently, the Xbox General Manager considers the Xbox One X to provide that “top-end experience” to gamers. But with seldom first-party games, the system is going to rely on third-party launch exclusives.

Aaron Greenberg, the head of Marketing for Xbox, now titled Xbox One X as their flagship console. Considering the pre-orders of the Xbox One X Project Scorpio Edition got sold out in a matter of a few hours from its announcement, the response was overwhelming according to Aaron in an interview with DualShockers.

“I think the fact is for us that with X we’re just trying to manufacture as many as we possibly can. The response has been overwhelming. If you’ve seen pre-orders, in many countries lots of top retailers sold out right away. For us the focus on X is that it’s our flagship. It’ our premium product and the most powerful console ever made, but we don’t want people to forget the benefits of the whole family.“[/alert]

He also boasts about how easy it is to transition to the Xbox One X from your original Xbox One or the Xbox One S; and also the backwards compatibility support. With over 400 Xbox 360 titles and the addition of the original Xbox games, it’s a jammed-pack console. However, this might not be enough for others to consider buying or upgrading to the X.

“All the games work, all the accessories work, there is full backward compatibility with over 400 Xbox 360 titles, and now with the original Xbox games we have three grenerations of games on one system. We’re really proud of the S, in fact we unveiled the limited edition Minecraft bundle that is great, so we expect to sell a lot of Xbox One S units still.

We all know that Xbox One is lacking in the first-party titles department. Aaron also added in confidence that Xbox One is the only console where gamers can play Forza Motorsport 7, Cuphead, Super Lucky’s Tale, and PlayerUnknown’s Battleground (PUBG) later this year. While the 3 aforementioned titles are Xbox One exclusives, PUBG, however, is not. PS4 players will get to play PUBG some time around in 2018 and is not a Xbox One exclusive.

In addition, Aaron stated that they have a lot of big exclusives coming. These titles includes State of Decay 2, Crackdown 3 and Sea of Thieves next year. Although Microsoft has planned to fill 2018 with their countable amount of exclusives, Sony is prepping all throughout next year for their biggest first-party and second-party exclusives.

“Frankly, we have so many games right now. We have, over the next twelve months, so many big exclusives. We’re the only console where you can play Forza Motorsport 7, Cuphead, Super Lucky’s Tale and PUBG, just this Holiday. And then into the spring we have Crackdown 3, Sea of Thieves, State of Decay 2… All different types of games, all great exclusives, in addition to the fact that every type of game you like, your games are gonna play better on Xbox One X.“[/alert]

Do you think these Xbox One “exclusives” can make you buy the X? Please let us know in the comments.