The new bundle just got announced! 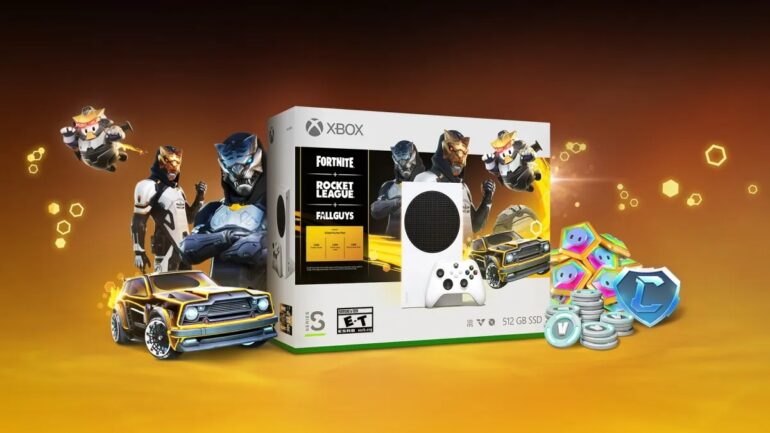 The new Xbox Series S Gilded Hunter Bundle has been revealed and it will include one Xbox Series S console and controller, a total of nine in-game cosmetics, and virtual currency for Rocket League, Fortnite, and Fall Guys. It is now available for pre-order at Xbox.com and other participating North American retailers for only $299. It will be rolling out worldwide on November 29, 2022 while supplies last.

The Gilded Hunter Pack for Fortnite will include the Hunter Saber Outfit with variant style, and the Saber’s Fang Pickaxe with the variant style. It also includes The Hunt Begins Wrap and 1,000 V-Bucks that can be spent on items.