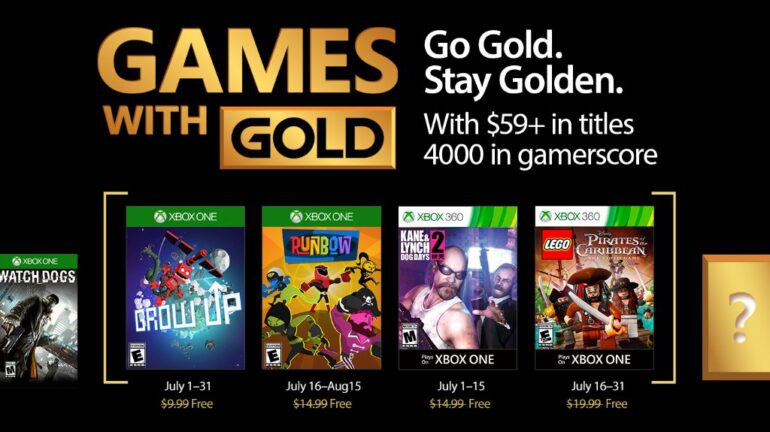 It seems that popular titles will be coming to Games with Gold this July such as Kane & Lynch 2 and Ubisoft’s Grow Up.

In a recent tweet by Larry Hryb, it also shows that Runbow and LEGO Pirates of the Carribean will be included in the Games with Gold.

July's #GamesWithGold starts off with Grow Up & Kane & Lynch 2 followed by Runbow & LEGO Pirates of the Caribbean https://t.co/AWAmRhUbSE pic.twitter.com/PLtxKyP2En

Are you guys excited?