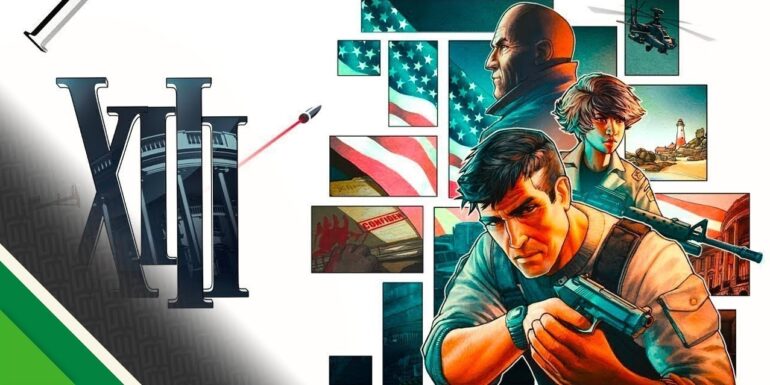 Game publisher Microids and developer PlayMagic announced the release of video game XIII, which will be released tomorrow.

The famous cel-shaded FPS is now back and will be released on PlayStation 4, Xbox One, and PC on November 10. A Nintendo Switch version will be coming sometime in 2021.

The remake of this popular cel-shaded 2003 game will follow XIII, a man who has amnesia and trying to uncover his past. He is also trying to shed light on one of the most astounding conspiracies in the history of the US.

This is a mysterious and thrilling solo adventure combining action and stealth with 34 levels faithful to the original version. Players will be going through Brighton Beach to the army bases and even the Grand Canyon Valley.

With the power of modern 3D engine, the visuals of this game have been enhanced by a brand-new art direction while still respecting the original material and its iconic stylish cel-shaded look. Nostalgic fans will find the arsenal most appealing and its gameplay improvements to surprise the veteran gamers.

There is also up to 4 player split screen battles, which will be local multiplayer mode.

The Limited Edition of the game includes:

About the Story of XIII:

Who are you?
The country is still in shock after President Sheridan’s assassination.
You wake up injured and with amnesia on the shore of an east coast beach. The only clues about your identity are the number XIII tattooed on your collarbone and the key to a locker. Despite the memory loss, you realize not everything has been forgotten as you seem to have amazing reflexes comparable to a well-trained government agent. You will soon be on your way to uncover your past, discovering in the process your role in the murder of the US president and unveiling the most astonishing conspiracy in the country’s history.
Play as “XIII” – a man who has no memory about his identity – and try to find out the truth regarding the set-up of a major conspiracy. Follow XIII in his search for his identity through a thrilling solo campaign and brutal local multiplayer battles!

Players will be delighted to hear the iconic soundtrack
and voices from the original game!