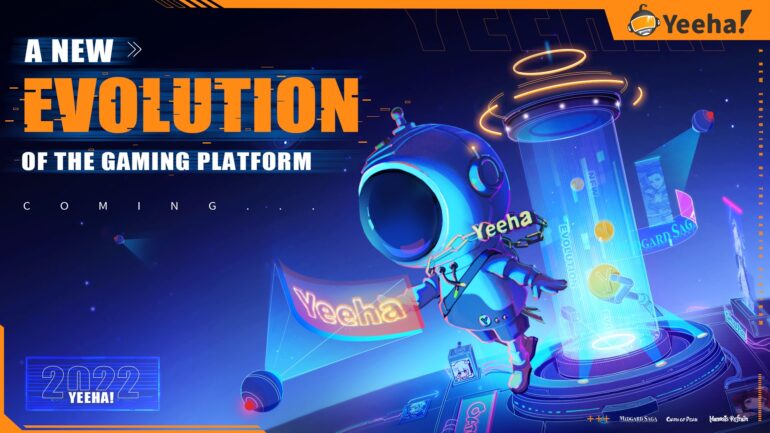 When non-fungible tokens (NFTs )have taken the gaming industry by an expected surprise, gamers around the world aren’t fond of the whole idea — a virtual product that included a unique code that can still be easily copied off. Then the rise of play-to-win games when the coronavirus pandemic started that rewarded its players with cryptocurrency is slowly losing its momentum.

This time, Yeeha Games, a $50 million-funded gaming platform is looking to shake up the playing field.

“Gamers are tired of play-to-win games with weak gameplay,” says Choy Wai Cheong (Choy), co-founder and COO of Yeeha Games. “Here at Yeeha Games, we’re all about the connections, the immersive experience, the exhilaration of knowing that there is always a way up, a way out, and a way into a whole new world of discovery. Where others create a normalized playing field, we connect gamers across global communities to build and experience their very own versions of a digital and virtual world. Whichever world you find yourself playing in, we invite you to level up in ours.”

The company is building an ecosystem that not just offers high-quality games but also a platform for creators and gamers to come together and experience new ways of gaming.

“Traditionally, communication between gamers and game developers is not so straightforward; we want to break down barriers and build trust and transparency between the parties. Our platform empowers gamers with ownership in the games they love, allowing them to not just participate in gameplay, but also get involved in how the direction of each game unfolds,” added Choy.

The press release also states that players can take advantage of the benefits, including a network of gamers and support from experts from the industry. It also continued to promise the feature to allow users to transfer or exchange their assets and switch between games easily within the ecosystem.

This gives us a sense that Yeeha Games is trying to pull off a social media-like ecosystem where gamers can interact and help each other. However, it does state they can also “exchange their assets” which means NFTs may possibly be involved.

Midgard Saga, the first of Yeeha Games’ game offerings, will be released in September. Midgard Saga is a casual card-based RPG that follows the adventures of a prince to save his fallen kingdom. The free-to-play game is now open for pre-registration to all users in Southeast Asia, Hong Kong, Macao, and Taiwan on Apple App Store and Google Play Store. Also, there is an upcoming lucky draw event for all who pre-register the game on the official website.