Yomawari Lost in the Dark Announced, Coming to PC and Consoles Fall 2022

Are you afraid of the dark? 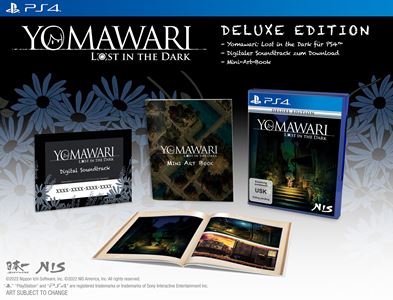 Publisher NIS America and developer Nippon Ichi Software have announced the next chapter of their atmospheric horror series called Yomawari Lost in the Dark. To break a curse placed upon her, a young girl must venture into the haunted streets of the town at night to search for her lost memories while evading the twisted spirits that lurk in the darkness.

The game will release sometime this fall on PlayStation 4, Nintendo Switch, and PC (via Steam). You can preorder the limited edition from today onwards for the Playstation 4.

NIS America released the announcement trailer to commemorate the event.

Yomawari Lost in the Dark Features

Yomawari Lost in the Dark releases this Fall on PS4, Switch, and PC (via Steam).