These battles systems are timeless 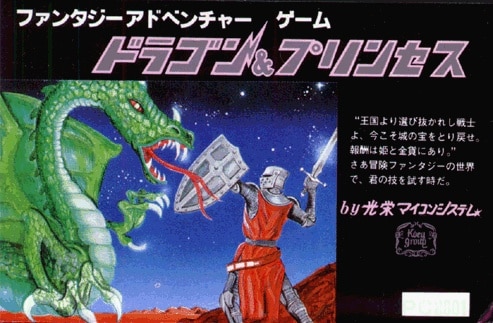 Japanese role-playing games (or JRPG) have a long, varied history, and many associate it with a fun and often turn-based, battle system. One of the earliest JRPGs that featured turn-based battles was Koei’s The Dragon and Princess from 1982. It was a text based adventure game that swaps to an overhead, turn-based battle system when enemies are encountered. All of the systems in The Dragon and Princess are still present in JRPGs today, stats like: attack power, hit rate, and health, earning experience points to level up, and random encounters.

While there are less games employing turn-based battles today, the inspiration from these early games can still be seen today. Battle systems in JRPGs are constantly evolving, and while turn-based battles aren’t entirely the norm anymore, they were the golden standard for a long time.

Games like Persona 5: Royal and Dragon Quest XI hold true to their turn-based roots, but other JRPGs aim to reinvent the wheel with their battle systems. For me, the best JRPG battle systems utilize a mixture of tried and true mechanics with some sort of an innovative spin.

Without further ado, here are my top ten favorite JRPG battle systems in no particular order.

Chrono Cross had a lot riding on its shoulders after the success of Chrono Trigger. Trigger uses the Active Time Battle system, and Cross abandons that and uses stamina points and a color coded element system for its battles. Each of the game’s party members are able to equip skills of a certain element, and each element has an opposing weakness. Each turn you’re able to use one of your elements or an attack. The more powerful the physical attack, the more stamina it uses.

Perhaps the best part of Chrono Cross’s battle system is its sheer number of possible party members – over 40! Each having a distinct weapon, attacks, design, and personality that really helps elevate battles.

Pokémon has come a very long way since its Gameboy days, but its “gotta catch ‘em all” motto and turn-based battle system have largely remained similar to its initial inception. It’s difficult to choose a single generation since they’ve all brought so much to the table. Each new generation introduces more Pokémon and oftentimes new mechanics like abilities, moves, breeding, Mega Evolution, etc. While some new additions are almost too much (looking at you Gigantamaxing/Dynamaxing), most have been worthwhile and helped the series evolve.

Let’s hope that the upcoming Pokémon Legends: Arceus brings ever more new mechanics and ways to battle with your favorite Pokémon.

I wouldn’t say Persona 4 is the best Persona game, but it is the first one I have ever played, and the first that really perfected the gameplay loop of dungeon crawling and life simulator. Persona 4 got rid of the frustrating mechanic in Persona 3 where your party would get too tired after battling, forcing you to quit a dungeon run, and it also gave you the ability to control your entire party unlike in the original Persona 3.

The protagonist controls a variety of Personas you’re able to recruit, making battles varied depending on who you use. In battles, all characters and enemies have a set of weaknesses. If exploited, the enemy is knocked down. If you’re able to knock down an entire group of enemies, then you can do an All Out Attack – which are more powerful, and in most normal battles, secures you the win.

It is a fairly straightforward and simple system that is made more powerful by growing your relationships outside of battle with your party members. By doing so, their personas learn new moves and grow stronger making it an integral part of the game.

While the remake isn’t even close to being finished, Final Fantasy VII Remake takes the best parts of the original 1997 version like the materia system, weapons, and limit breaks and modernizes it into an action RPG.

If you were a fan of the turn-based battle system of the original, you can play Remake in Classic mode so your characters will automatically attack and you can focus on issuing commands as the ATB gauge fills. If you’re into action RPGs, the flashiness of Remake’s battle system is incredibly fun as you glide across the battlefield as Cloud, Tifa, Aerith and Barett.

Swapping characters is a breeze and the implementation of being able to stagger enemies to do high damage makes battles more dynamic. I am anxious and excited to see what they’ll do in future installments as the amount of party members expands.

Dragon Quest is very much the grandfather of JRPGs. It’s been around longer than many series and serves as a source of inspiration for games still to this day. The definitive edition of Dragon Quest XI is the best Dragon Quest game and while, yes, it doesn’t pull any major punches with its gameplay, it is the pinnacle of what classic, turn-based JRPG battle systems should be.

Spamming attacks don’t really work in Dragon Quest and there is a certain level of strategy when playing. Buffs and debuffs become a major part of strategies for boss battles and normal enemies. It also introduces the Pep System which allows characters to become superpowered and use special moves. If more than one character is pepped up then they can do combo attacks.

Outside of battle, you can create and strengthen weapons at the Fun-Size Forge and this helps your party grow stronger. Let’s hope Dragon Quest XII continues on XI’s success.

Admittedly I’ve played almost all Tales games but have never beaten a single one. That isn’t to say they aren’t good – quite the opposite. It’s just that there is so much to do within the game, and battling can be somewhat addicting.

In Vesperia, you encounter enemies on the map and are transported to a battle area and are able to string together combos using physical attacks and artes (basically magic) while running in a straight line. Since you only control the party leader, it’s important to make sure the tactics for your other party members are set-up for success. You can also pause and give commands to other party members to use specific skills. Outside of battle, you can even turn off certain moves if you’re fighting a boss that might be strong against a particular type of attack. There are a lot of ways to customize and specialize your party so they work the way you want them to.

Grandia II’s battle system hinges on rewarding you for careful planning and timing. All enemies and party members have their attacks dictated by a constantly moving action bar divided into a waiting section and a section that allows you to act on the move you choose once the the character icon hits the second part of the bar.

It sounds somewhat convoluted, but it’s fairly straightforward once you get into the swing of things. If you attack an enemy while their icon is in the second part of the bar, there is a chance it will cancel the move and send them to the beginning of the action bar again. You’re also able to move around, cast magic, special moves, and use skills.

I know, I know, FFX-2 is considered to be a goofy game, but at the heart of it, it has a fantastic battle system fueled by a variety of jobs you can change to that keeps things fresh, fun, and exciting.

The addition of the Active Time Battle systems after Final Fantasy X being purely turn-based makes things more fast paced, and the ability to change jobs on the fly is integral to your success. My inclusion of FFX-2 has as much to do with the actual battle system as it does how everything looks. I was always a fan of Sailor Moon growing up, and the ability to transform in battle was so much fun to watch and always reminded me of the Sailor Scouts. Plus, the jobs available via the dresspheres were fun and had their own glitz and glam that is often missing from other job-based battle systems.

Many of the included jobs are traditional like Black Mage and Warrior, but they all have their own unique flair and design that stands out to other titles with the same jobs. Additionally, there is a Mascot job that dresses Yuna, Rikku, or Paine up as notable Final Fantasy creatures.

I haven’t seen a battle system like the one in Baten Kaitos since I played it back in 2003 when it released, and I still think of it often. Within the game, there are cards, or Magnus, that contain the spirit or essence of items, abilities, and more. These are sometimes found already as a card or can be bound to a blank Magnus for use. Each party member gets their own deck to use in turn-based battles.

You fight with weapon and magic cards, defend with armor cards and can cause different status effects with others. Cards can also morph depending on how long you have a card. Characters also can add finishing move Magnus to their decks for more powerful attacks. It’s a simple and addicting game that was well received by critics but unfortunately didn’t get much traction with the public.

Like a Dragon is quite the departure from all other Yakuza games as it features a brawler battle system. Essentially a take on the classic turn-based JRPG, Like a Dragon isn’t particularly ground-breaking with how it plays but it makes up for that with its charm and quirks.

It is unabashedly a love letter to JRPGs. The game’s main character is in love with the Dragon Quest series, and he frames all encounters as a turn-based battle. The game implements a job system that quite literally consists of jobs like Chef, Idol, and Host with their own unique and amusing set of abilities. Enemies and party members move around the battlefield of their own accord, and abilities can target one enemy, an area of enemies, or a line of enemies.

Perhaps my favorite part is being able to summon someone you helped in a quest to attack the enemy or aid the party. These summons range from killer crustaceans to men dressed in diapers. There is no shortage of humor and fun in Yakuza: Like a Dragon.