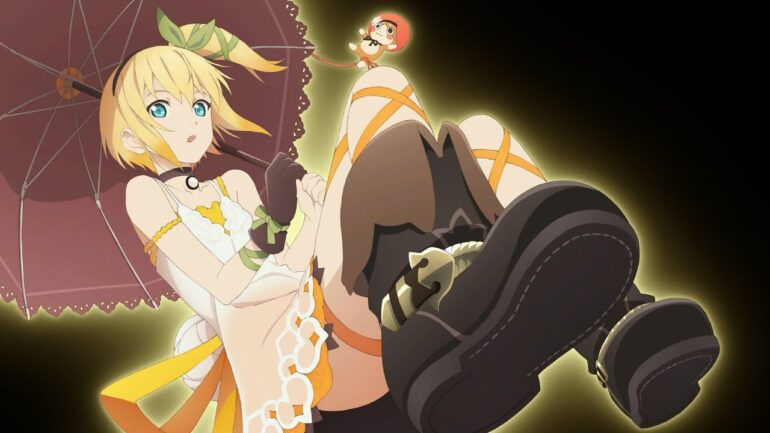 One of my favorite gaming memories involves finding Cid’s “Mop” weapon in Final Fantasy VII while digging in the Bone Village when I was a kid. At the time, I was still new to the JRPG, and I thought a mop as a powerful weapon was very funny and weird. Fast-forward twenty-five years later and thousands of gaming hours later, and a mop as a weapon is just the tip of a very weird weapon iceberg that exists out in the world of game weapons.

10 weird weapons that can be found throughout JRPG History

Final Fantasy X excels with its true, turn-based combat and distinct cast of characters. Despite all its positives, many fans have trouble forgetting Blitzball – the game’s almost universally hated mini-game. Even if you didn’t play, you were still stuck with Wakka using a Blitzball as his weapon.

Wakka hurls his Blitzball at enemies and it returns back like a boomerang. His Overdrive in the game includes Attack Reels, where Wakka pummels the enemy with a barrage of Blitzballs. If you can get timing right, of course!

Despite it’s ridiculousness, Wakka is a fast, accurate, and powerful party member.

Kanji is Persona 4‘s resident tough guy. Despite his tough exterior, he has a fondness for crafts like crocheting and knitting that he tries to keep to himself.

In battle, Kanji wields a number of blunt objects. Most of his weapons are called “plates” but several are normal, everyday objects like his folding chair. He can take enemies down quick thanks to high damage and withstand attacks with his high HP.

Joachim is a vampire wrestler from the Shadow Hearts who, in true wrestling fashion, uses a variety of blunt objects like lockers and wood to beat enemies. Perhaps weirdest of all is his giant Frozen Tuna weapon.

The weapon’s description reads, “A tuna that suffered from an incurable disease and swam into a suspended-animation device to await the day it could be cured…”

It’s hard to top that!

Edna’s Umbrellas in Tales of Zestiria

The Tales of series is known for its sometimes zany weapons and cast of characters, and Edna is no exception. She uses an umbrella to attack by poking or spinning it. She can also use it to propel herself higher She also specializes in Earth artes and can combine Water and Earth artes in some devastating combinations by using her umbrella as the catalyst for those attacks.

In 1996, Super Mario RPG: Legend of the Seven Stars was released and featured Mario, Peach, Bowser, and a few new friends.

Battles are turn-based, and Peach takes on the healer role. One of her weapons you’re able to purchase is a Frying Pan. Peach’s frying pan even follows into her kit within the Super Smash Brothers franchise.

Rinoa’s main weapon is already kind of weird. It’s a bladed projectile she shoots from a mechanism from her arm.

Final Fantasy VIII kicks that up a notch by pairing Rinoa with her beloved dog, Angelo for some of her limit breaks.

This included Angelo Cannon, where Angelo jumps onto her main weapon and she fires him into the enemies for an explosive attack, and another where Rinoa rides him into space and they rain down on the enemies as comets, dealing massive damage.

Sora’s Keyblade is essential to the entire premise of Kingdom Hearts with the unlocking of hearts and worlds. But that doesn’t make his wielding of a giant key any less weird or ridiculous.

In all honesty, the entirety of the series if weird: swinging around a giant key in Agrabah while using spells from Final Fantasy while fighting next to Aladdin is just another day for Sora!

We CAN talk about Organization 13 and the Keyblade War, but that would constitute an article all of its own talking about the convoluted story of the franchise…

Yakuza: Like a Dragon massively mixed things up for the series by going full on turn-based RPG.

Within the game, party members are able to change their job for battle. The catch is that the jobs in this game are literal jobs or roles a person might have in real life. Ichiban (and any other male character) is able to be a Chef.

As a Chef, you’ll be able to bash enemies in the face with a variety of kitchen utensils. Some special moves also involved attacking with a pepper grinder, plates used as frisbees, and a pressure cooker – all of which are delightfully weird.

Many gamer’s first introduction to Ness was through Super Smash Brothers. Before he was PK Firing on the Nintendo 64, Ness starred in EarthBound.

Within the game, all party members can equip yo-yo’s. They offer a high offense, but they do make it more difficult to hit enemies. With how EarthBound is designed, attacks aren’t visualized and you can’t see the satisfaction of bludgeoning an enemy with the yo-yo, but if you play Super Smash Brothers you can do it over and over.

Chrono Cross is known for its extensive cast of recruitable party members. There are magicians who battle with cards, mohawked-teens who fight with lures and rods, and then there is Janice.

Janice is a demi-human who is a “Bunny-Girl trainer” and fights with carrots. Yes, carrots. One of her skills in the game, 24Carrots, involves firing a barrage of flying carrots at an enemy with a giant, final carrot crashing down from above.