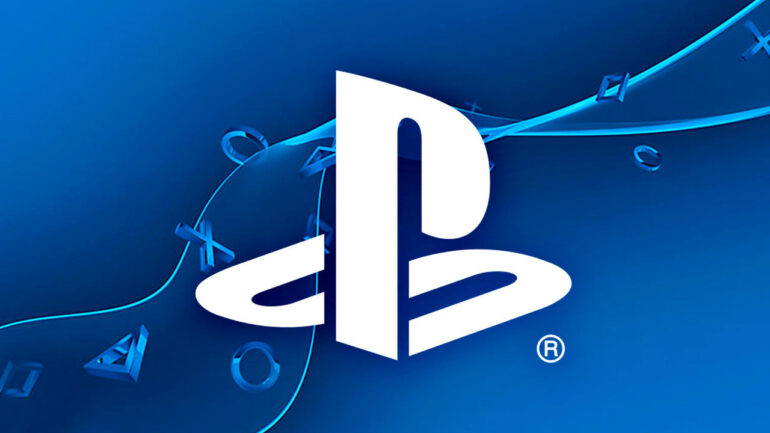 2017 has been nothing short of an incredible year of gaming and no one had more fire going for them in terms of their lineup than Sony.

We’ll be taking a look at how Sony did for the year of 2017 like their highs and lows and capping it off with how the next year will look for the company and its consoles. 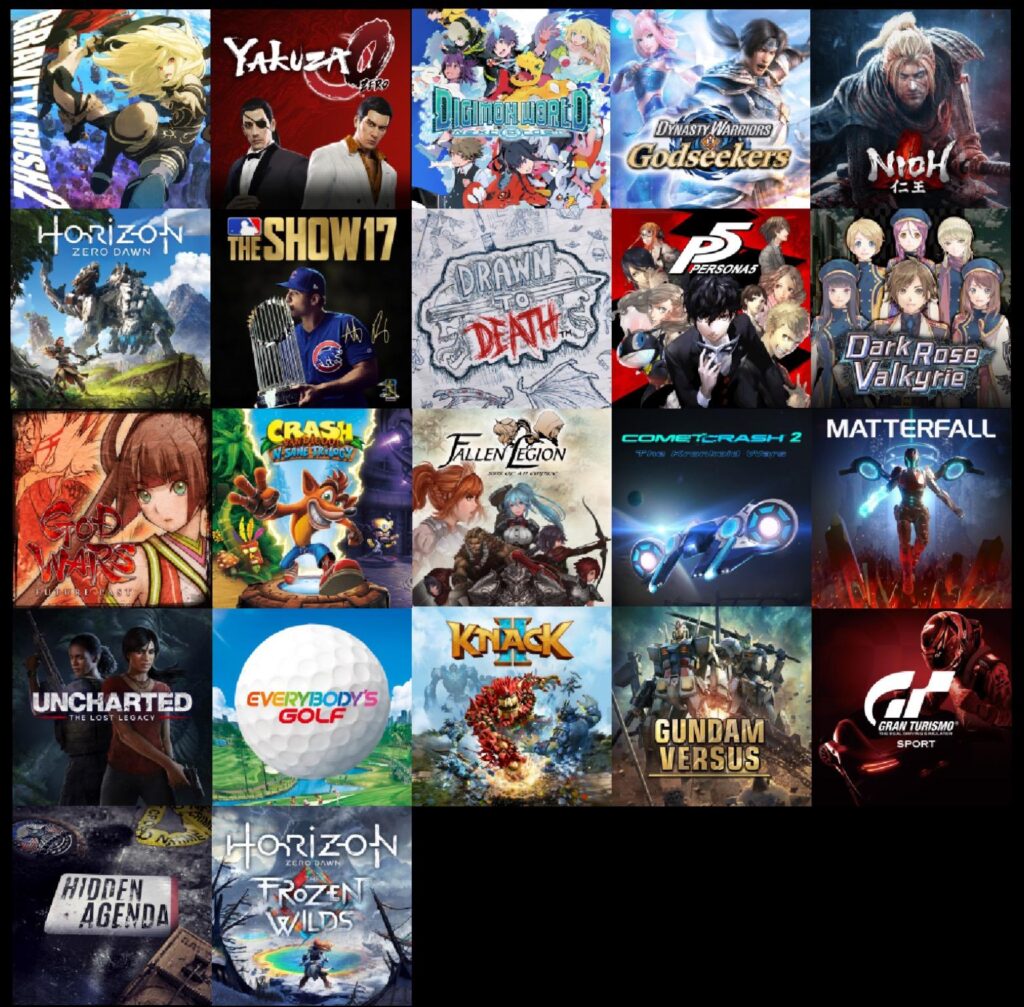 In terms of exclusives, Sony had the most powerful gaming lineup any of us has ever seen in years. They started the year strong by dishing out strong titles in January like Gravity Rush 2, Tales of Berseria, and Yakuza 0 to name a few. Then they followed it up the next month with the Samurai-style Dark Souls game Nioh and the robot dinosaur infested Horizon Zero Dawn to highlight February. The beautifully fun Nier: Automata was the highlight for March then April came and it was all about aesthetics as them most stylish video game ever, Persona 5, stole everyone’s hearts just like how the Phantom Thieves did it in the game.

Sony still didn’t let the flame die out just yet in the mid-year as their release of Uncharted: The Lost Legacy proved that they still had a lot left in the tank. They even showed great improvement with their release of Knack II. And if their new lineup wasn’t enough then their lineup of remasters and compilations was also something else as they released Kingdom Hearts HD 1.5 + 2.5 Remix, Danganronpa 1•2 Reload, and Crash Bandicoot N. Sane Trilogy among others.

In the later half of the year, Sony took a breather and only released a few exclusives like Gran Turismo Sport, Senran Kagura: Peach Beach Splash, Skyrim VR and a few more. It was the time for the big titles from the 3rd party developers to shine and Sony was kind enough to let them have the stage. 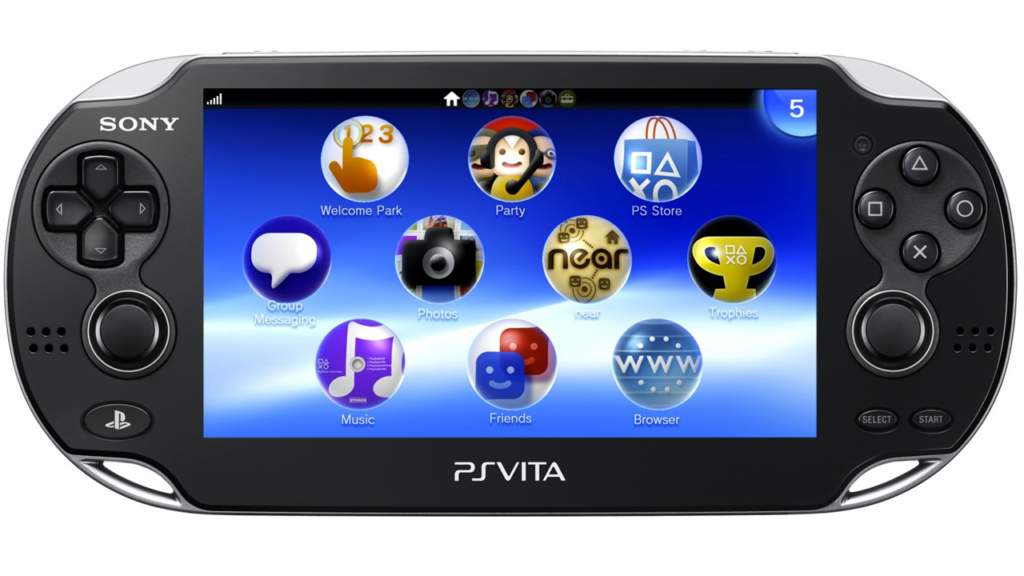 The PSVita may not have much left in its life support system from its own creators but there is still plenty left in the tank from 3rd party developers. We got to see games like God Wars: Future Past, Akiba’s Beat, Atelier Shallie Plus: Alchemists of the Dusk Sea,  The Caligula Effect, and many more. Do take note that most of the Vita’s lineup can also be found in the PS4 but at least the Japanese developers still want to root for the console by porting their games real time.

It was also a bit odd that the Vita still had official firmware support as an update was released last month although most likely it was for hacking prevention. At this point in the console’s lifespan, the hacking community is doing so much more for the Vita than Sony ever did especially with the ability to use MicroSD cards instead of the “special” cards Sony prepared for it.

The PSVR did have some fun games for 2017 like Supershot VR and Monster of the Deep: Final Fantasy XV to name a few. You can also play games that look like they would be cool on the VR like Resident Evil 7 or Gran Turismo Sport, but they also added some games that have a questionable VR feature like Tekken 7. After a year of VR, it’s safe to say that Sony is on the right track after selling 2 million units worldwide and then releasing a new version with built-in headphones and HDR support.

The PS3 finally shut down production earlier this year as Sony has left the old generation. The console still managed to get a few game releases for it and all of them already have their own PS4 or even PSVita counterparts. It also helps that PS+ games still give out some for the PS3. The highlight for the PS3 in games this year had to be Persona 5 which thrilled those who haven’t upgraded yet. The console managed to last more than 10 years and managed to ship out more than 85 million units worldwide and is ultimately a success despite the rough start it had in its lifespan. Here’s to a great run PS3, we salute you for giving us some great memories just like your predecessor, the PS2. 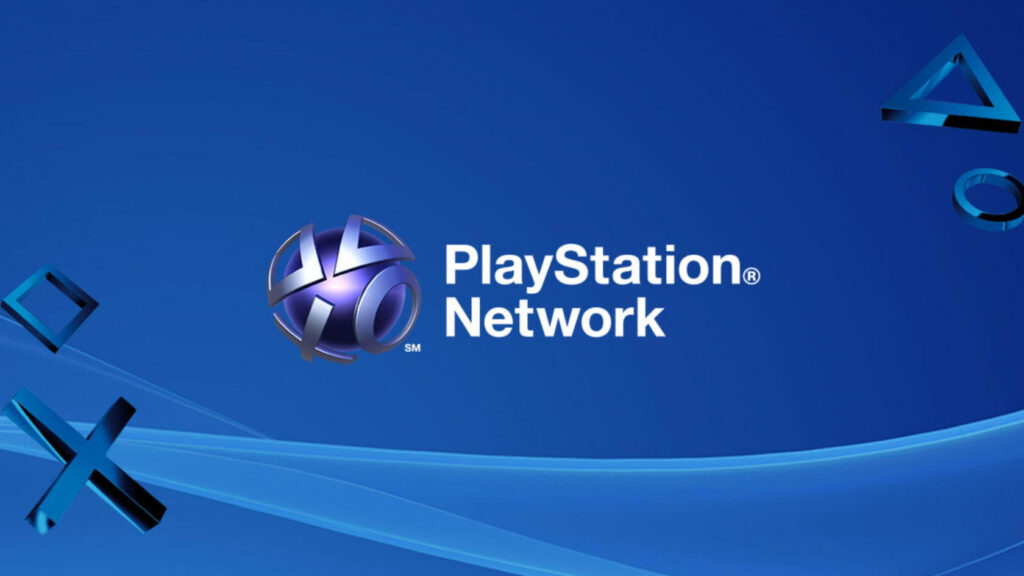 So many questions could come up in terms of the PlayStation services for this year like “why did you stop cross-platform play?”, “what’s with the lackluster 5.00 update?”, or “why are we still not getting better games in our PS+ subscriptions since we’re paying more for it since last year?”. With so many questions and so many vague and invalid answers that Sony could give, this is just one part of a great year where Sony didn’t live up to.

Players were able to play with Xbox users in Fortnite for 2 weeks until Sony had the developers fix that problem and had it considered a “bug” rather than the most desired feature for console gamers. It also hurts that we won’t be able to play with Minecraft and Rocket League with our friends on the Switch or Xbox.

The PS+ games didn’t amount to much except for a few like Metal Gear Solid V: The Phantom Pain and Infamous Second Son. Also, there weren’t any visible changes to most of the other PS+ functions as it still has its fair share of issues. Although the games in PS+ Asia were very good as they give away an extra free game like Killing Floor 2, Just Cause 3 and many more. It should also be noted that PS+ in Asia is cheaper than the other 2 regions but the sales aren’t much especially compared to the NA region where the flash sales are making a killing.

In terms of the software updates, we finally managed to get some external hard drive support and it’s up to 8TB of extra space and for the PS4 Pro owners, we get some Boost Mode action to make our games run smoother and less buggy with probably some faster loading times. The 5.00 update was disappointing since it was mostly UI-based. 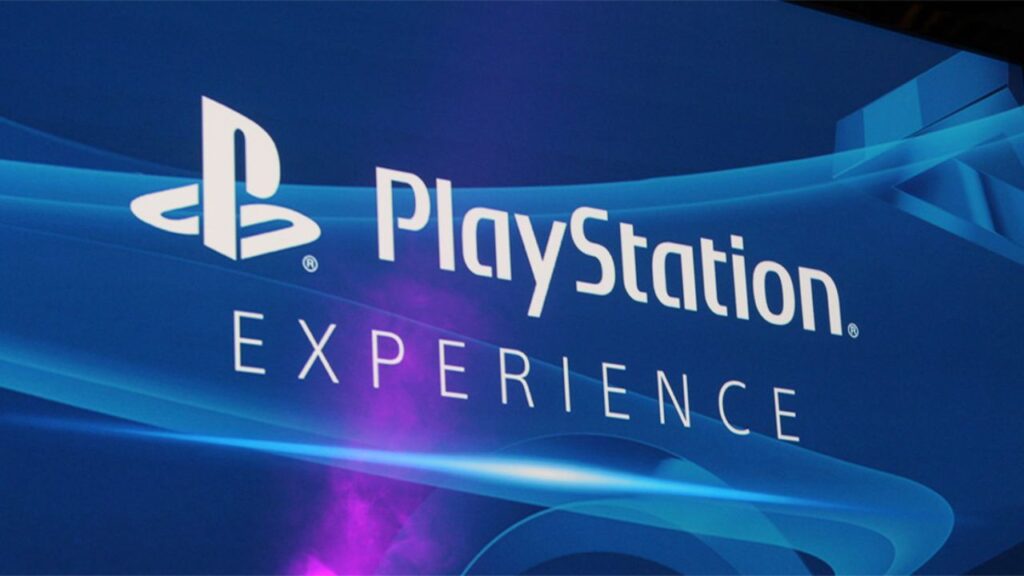 Another one of its low points was the number of announcements we got from Sony this year. Even their E3 press conference didn’t have much going for it as Skyrim VR was the only one I was personally interested in. I was even surprised that I personally found that Ubisoft and Microsoft had a better conference than them. Sony’s Paris Games Week event had a good amount of announcements while PSX 2017 pretty much bored me to sleep. Also, the best thing I’ve seen throughout the year was the new trailer for the PlayStation exclusive Death Stranding which wasn’t even shown at their exclusive events but at The Game Awards Show.

2018 looks to be another great year for Sony as their list of exclusives keep killing most of the competition. The new God of War, Ni no Kuni II: Revenant Kingdom, Dissidia Final Fantasy NT are looking to open up the new year. Then we also have another year of remakes and remasters just like the recently announced Catherine: Full Body and Shadow of the Colossus. There are also the games with ambiguous release dates like Detroit: Become Human and then those that have a small possibility of releasing late in 2018 like Death Stranding and The Last of Us: Part II which are nearly guaranteed Game of the Years.

There’s also a possibility we might one day be able to change our PSN IDs but we’ll just have to wait and see on that one. It’s also surprising that the Vita has a pretty good lineup for 2018. We’ll be seeing great games like Digimon Story: Cyber Sleuth Hacker’s Memory, Secret of Mana, Super Robot Wars X, and many more with an unspecified release date including a port of Stardew Valley.

Sony still has plenty up its sleeve and 2018 is looking brighter as we get closer and closer to the days. The PlayStation brand is at its height and it doesn’t look like it’s giving an inch to the competition no matter who they are. Here’s to another year of great gaming and crying as our wallets keep getting lighter and lighter with each great release and even more if we game in more than 1 platform.