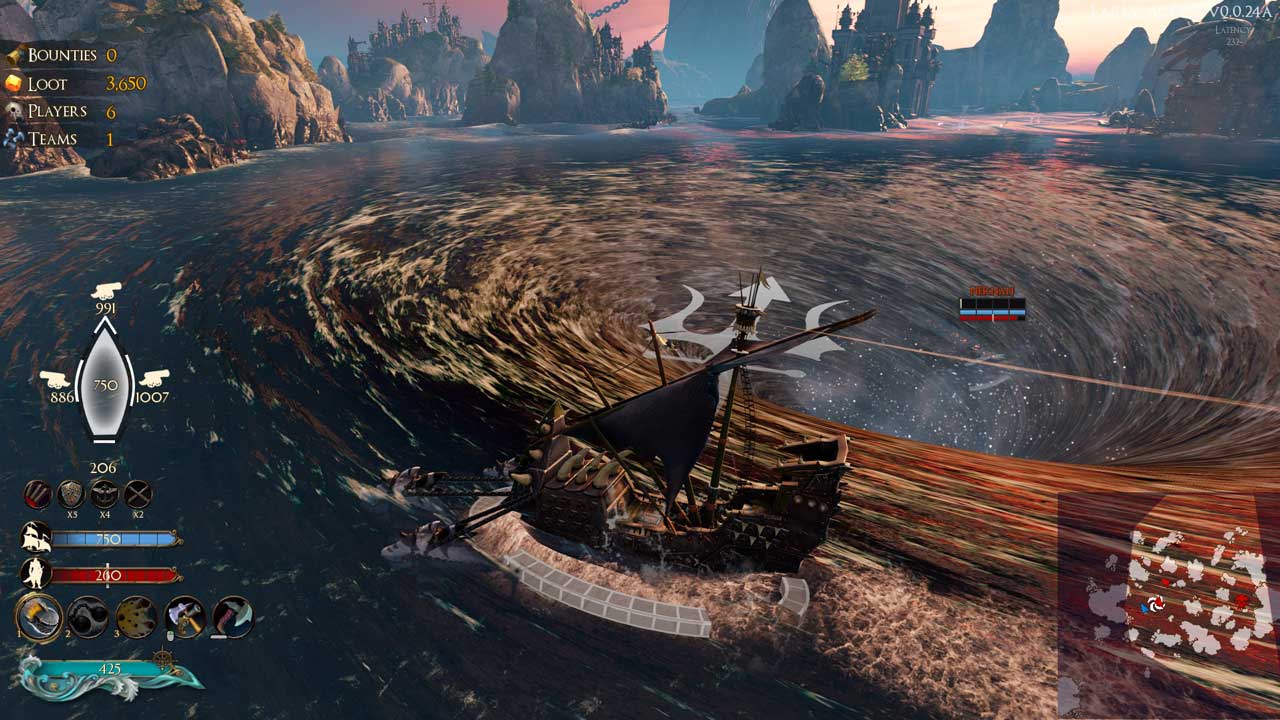 A round of Maelstrom can be described as 8 minutes of chaos. You have the player control ships trying to outmaneuver one another and often times ramming each other. It is hard to believe there are only 15 people here.

Maelstrom is a battle royale game at heart, yet does things differently to stand out in a saturated market of clones and almost copies. The obvious difference is that you are a ship not a single player, and a heavily armed ship at that. This removes the early scramble for equipment and a lot of “safe plays”, essentially removing the boring segments and throwing you into the action. You aren’t going to die instantly, but there are better things to do.

Early game, in my experience, is knowing when to pick a fight. I still find it weird that there are only 15 players in a round. Maybe it lends to how near everyone spawns to each other. In other games with set spawns this could be a problem, in Maelstrom, it isn’t. They spawn out of your vision, but even when spotted, you can’t really do much at long range. It gives you the option to either go in closer so that your guns would be in-range or just to ignore each other. I would recommend doing the latter, especially if you are outclassed. You might think this is that “safe play”, but safe play in this game lasts 10 seconds or so.  I recommend going for the AI ships that are sailing around as they give important buffs to your ship.

Around mid to end game, it is all about maneuvering and mastery of the ship you chose to bring. Since the ships are from a fantasy version of age of sail, your guns have limited firing arks, and bringing some guns to bare may open you to a barrage that may take you down. On more than one occasion I have taken down big armored ships with my fast unarmored one. This is not out of the box though, as you need to pick up those boons from AI ships.

Maelstrom’s take on the death ring, rather square here, has an interesting take. The square doesn’t damage you over time, but it gives a compelling reason to stay inside it. If you do decide to stray outside, be prepared to become something’s lunch pretty fast. You can see the monsters’ movements on the mini-map, but once you hear water splashing its all over. I never got a good look at the monster and I would want to keep it that way.

I am honestly happy that this game made it to Steam’s Top Selling chart, but only time will tell. It isn’t a perfect game, but it has a solid foundation laid. Gunpowder Games has released a dev map for the future of the game, so maybe it is all smooth sailing. Who knows though, there could be something lurking under the calm waters.

This preview is based on an early access code provided by the developers/publisher.