The Swords of Ditto Review – The Routine Of A Nameless Hero

Right off the bat, The Steven Universe-esque world within The Swords of Ditto has one of the most beautiful visuals in a video game I’ve seen this quarter. However, it pales next to gameplay that’s both bland and rage-quit inducing.

The Swords of Ditto is about a hero struggling to defeat the evil sorceress that’s taken over the island. You are born as a reincarnation of the nameless hero tasked to defeat Mormo in four days and are dubbed as the “Sword of Ditto.” The catch? This game doesn’t have an extra life option. When you die, you die, and are reborn again after 100 years to take on Mormo (again) after four days. 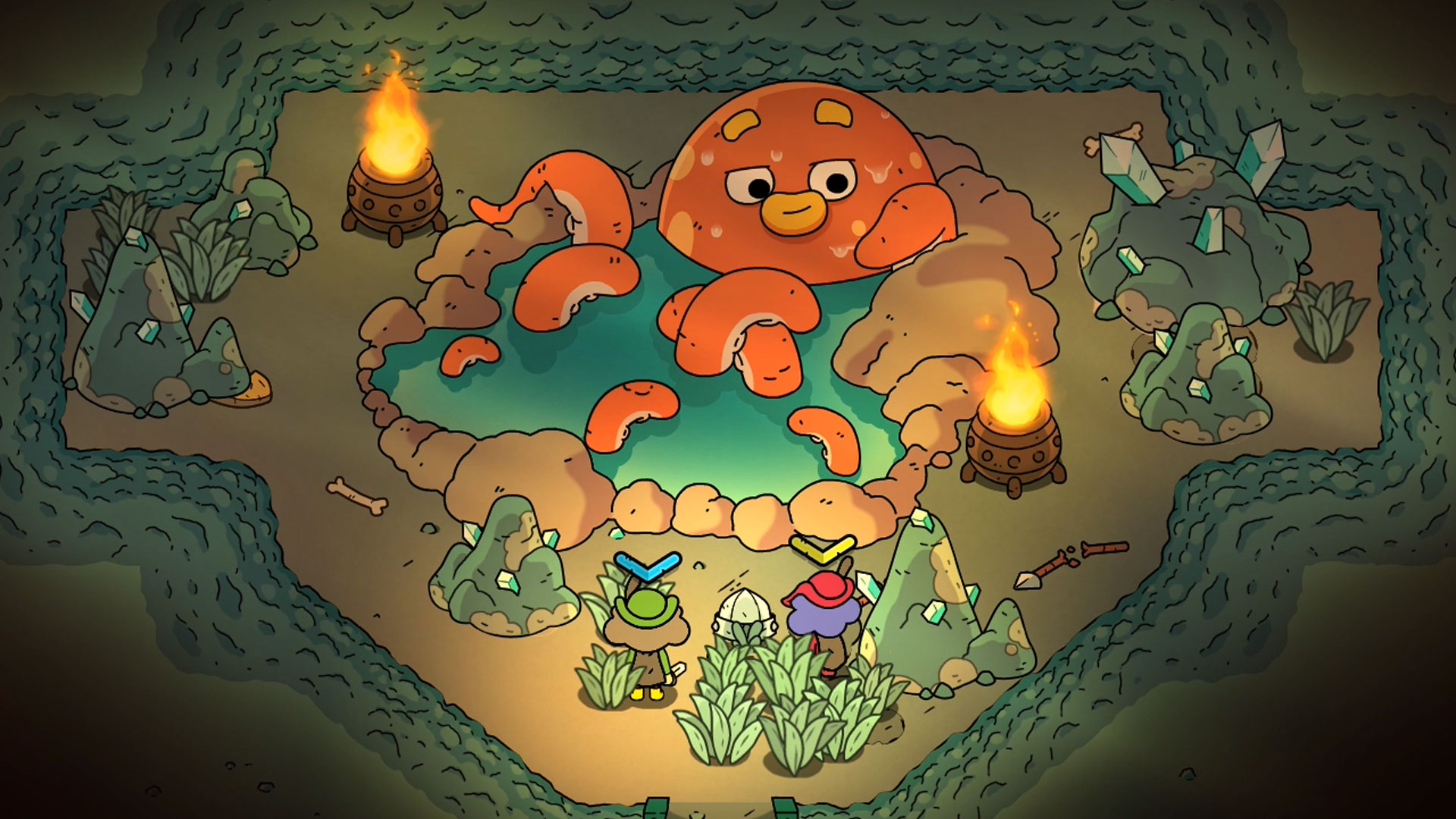 The concept of The Swords of Ditto revolves around reincarnation and how you use your time in the remaining four days before facing Mormo. There are dungeons the hero must enter where he solves mini puzzles while fighting off enemies to help weaken Mormo before the final battle. The difficulty is managing to enter and complete all dungeons before the days are up. If you are skilled enough, you may fight and defeat Mormo without having to complete all dungeons. However, that’s a huge stretch and a risk, depending on how much you’ve completed and the level you’ve gained.

I have honestly died way too many times, and most of the time it’s before facing Mormo. The idea of a reincarnating hero, with your physical appearance changing every time, is intriguing and refreshing. It’s a concept that doesn’t allow the player to become the character, but rather the spirit of the hero within the characters.

The main weapon of the hero, of course, is a sword found on the Island. Only The Sword may wield it. Other than that, the player will also be given “toys” or tools and weapons used to complete certain puzzles in the game. You start with a bow and arrow in the beginning, for example, and then unlock a throwing disc later on. Dungeons also contain “toys of legend” that the player may use to defeat Mormo on the fourth day.

Besides leveling up, the player may also equip stickers (like armor enhancements but more adorable). These stickers may be purchased in a town which changes its name every reincarnation (after 100 years). 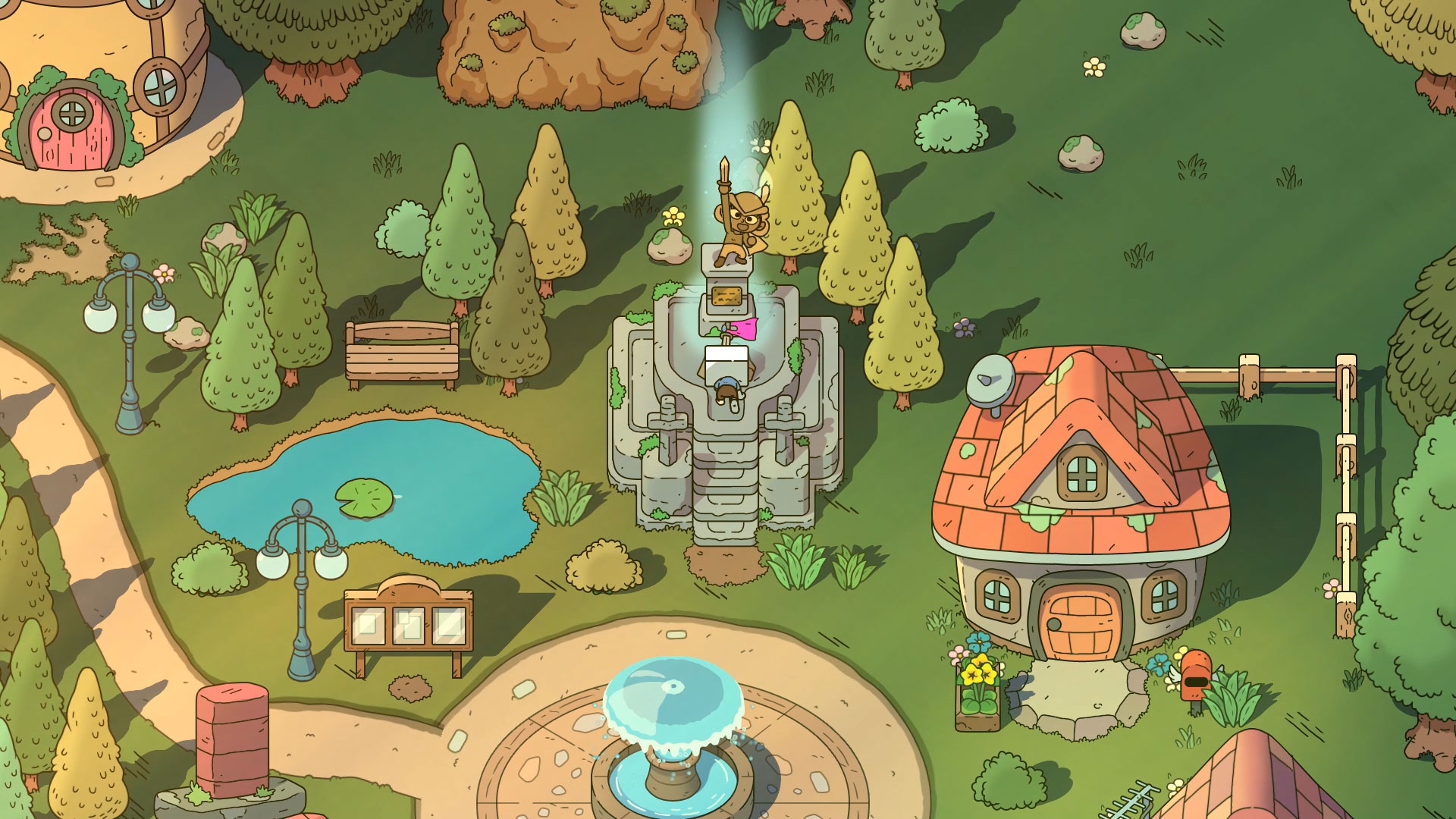 Despite its appearance and simple gameplay, the time limit of four days creates a staggeringly routine experience. You are born, find the sword your predecessor left upon death in the graveyard, level up, enter a dungeon, hope you don’t accidentally die, level up, find another dungeon, and so on and so forth.

As in all video games, dying is extremely annoying. But with this, it feels like starting from the very beginning (your level, however, stays the same), empty and having to enter the dungeons you had already completed. You will also need to level up all over again which is already time-consuming as it is. I was annoyed and impatient, so this may not be for gamers looking to better proceed with the story rather than trying to stay alive.

Granted, you may heal your hero, however, you’ll need to earn enough coins to buy enough food to heal. Some areas in dungeons as well may not even give you the time to heal when your life is in danger. This is what I meant by rage-quit inducing. I was frustrated with having to go into a dungeon all over again with the story staying stagnant anyway.

The routine and challenge may be great for gamers who enjoy the idea of level grinding, mini puzzle-solving, and routine gameplay. But this requires the player to be patient and ever-enduring because the game was most likely created for that idea. Immersive players who look for the story, variety, and depth, may not enjoy this as much. I feel that there can be something more that can be done with the concept that doesn’t limit itself to a hero being born just to fight off an evil witch. The game may be viewed as a gate to ideas that construct hero-writing better. 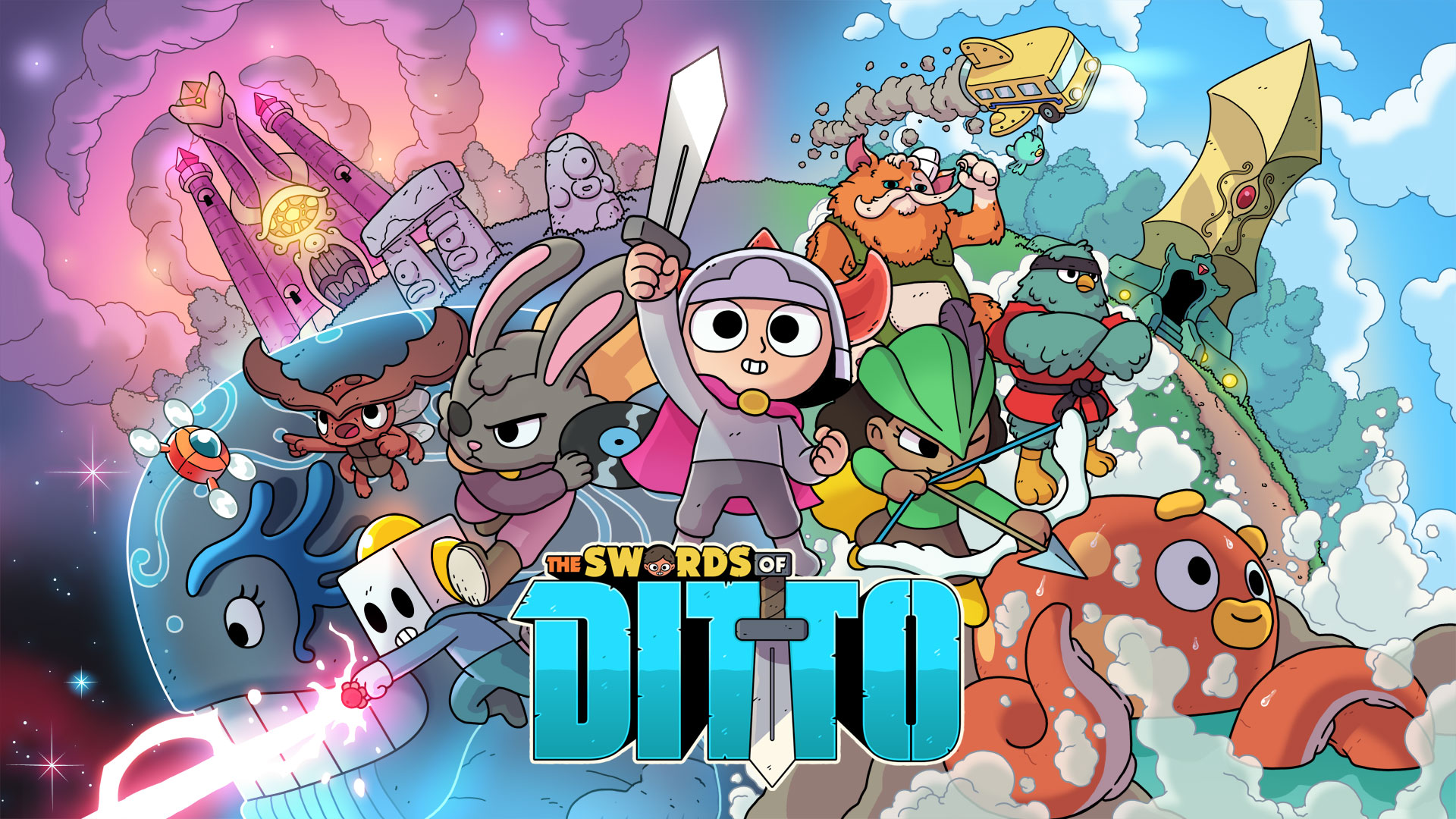 The Swords of Ditto - Review
Score Definition
You better have to choose if it’s worth spending your spare cash, because it might not be the game for you and it might be for others.
Pros
Aesthetics - beautiful, colorful, and adorable
Concept - a hero being reborn every 100 years for you to control all is interesting
Cons
Routine - it’s the same thing over and over again
Lack of story - it’s a game for you to play when you’re simply bored
6.5
Justified