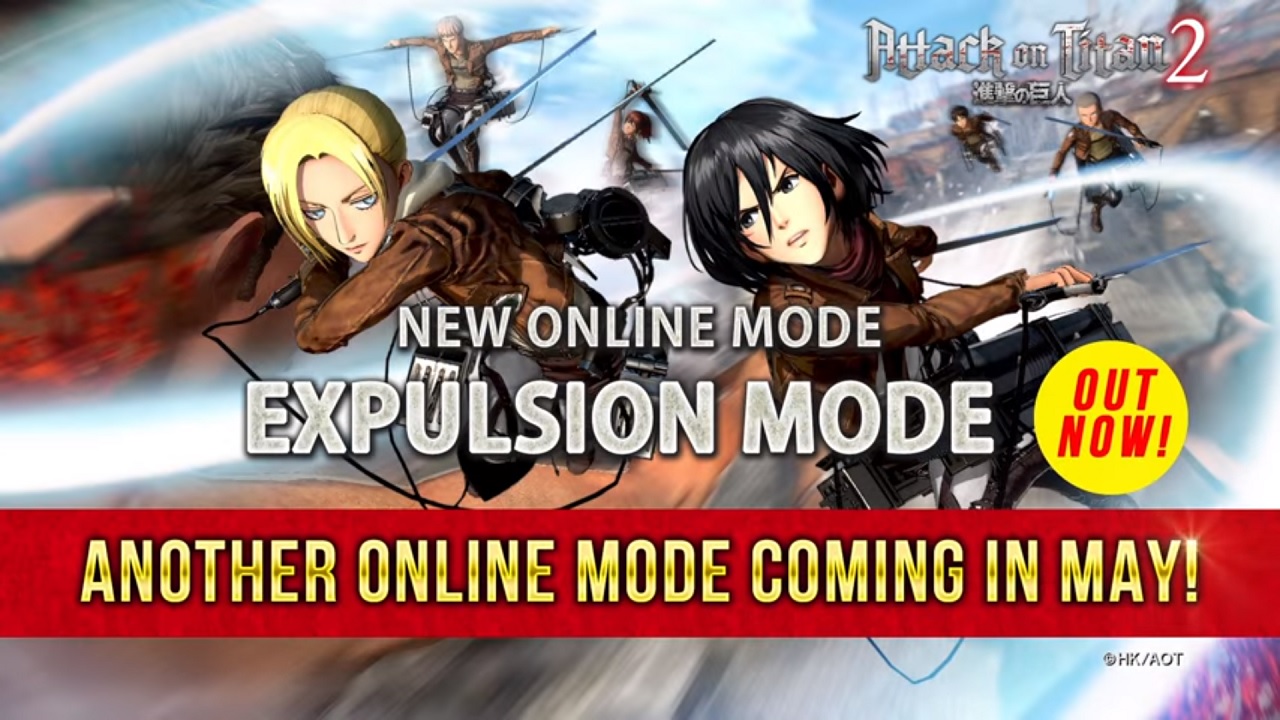 The new mode for the video game based on the popular anime and manga is a free-for-all battle royale mode, similar to the popular ones right now. Expulsion mode will release this coming July 22 and will feature up to six players. The goal of this mode is to eliminate as many Titans as possible within the time limit in order to get more points to be the winner of the round.

Players only need to select Another Mode to access Expulsion mode. From there, go to the white tent on the right side and they can access the new Multiplayer Mode at an NPC with a globe icon. This new mode will be together with other modes like Annihilation Mode, and Predator Mode.

The game was released for the west last March 20 on PlayStation4, Xbox One, Nintendo Switch, PS Vita, and PC.