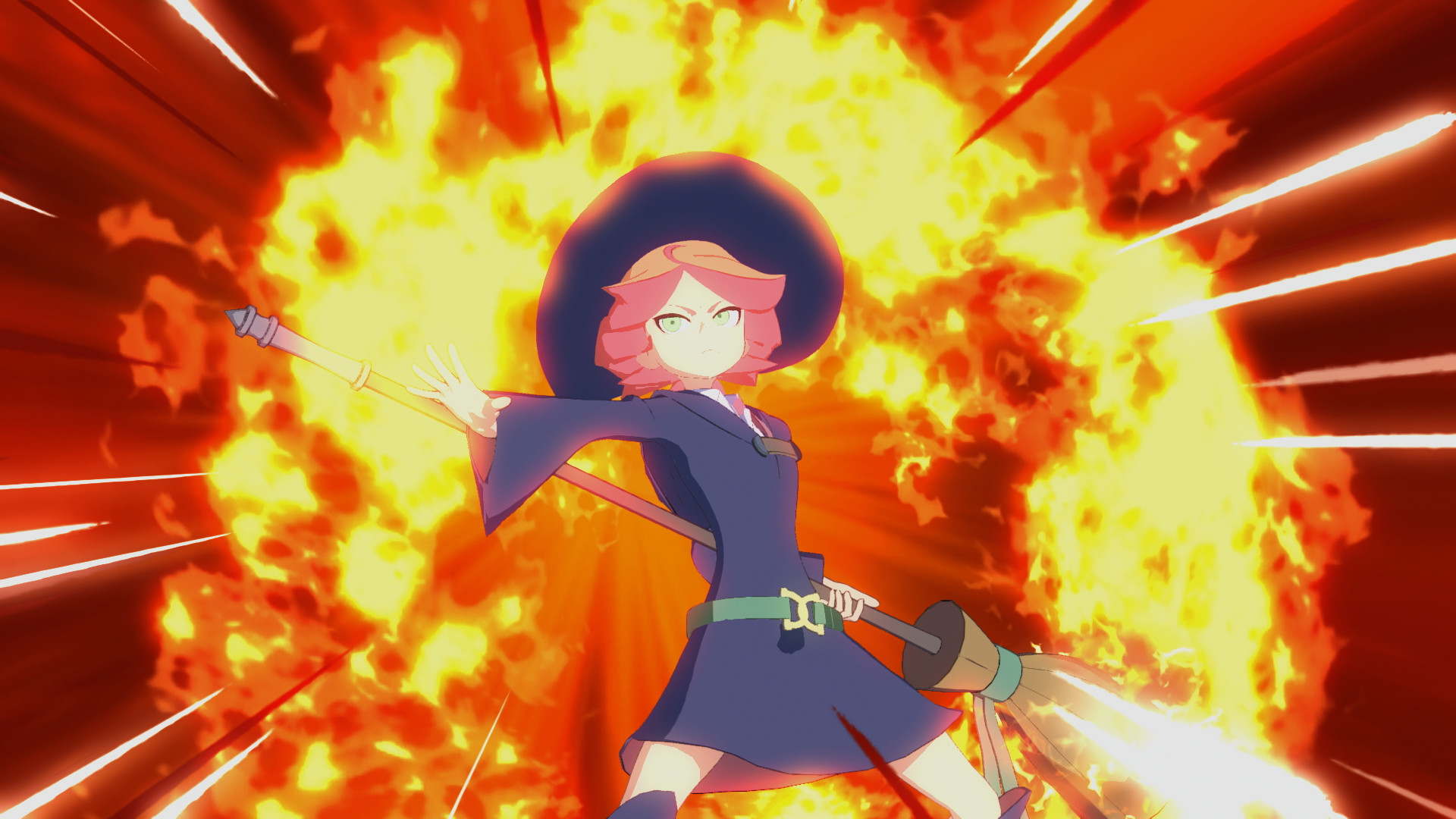 “Always remember, a believing heart is your magic.”

World famous witch Shiny Chariot’s words had never left Kagari “Akko” Atsuko’s heart even after years had gone by since that fateful magic show she had attended. Emboldened by Chariot’s example, Akko had worked hard and had been accepted as a student of a prestigious witch academy Luna Nova.

In Chamber of Time, Akko encounters a mysterious chamber with a giant clock, which leaves her and a couple of friends stuck in a perpetual loop on the first day of summer vacation. Since nobody wants to repeat the same day over and over again, they all must traverse through the dungeon within the chamber in order to restore the flow of time to its rightful state. 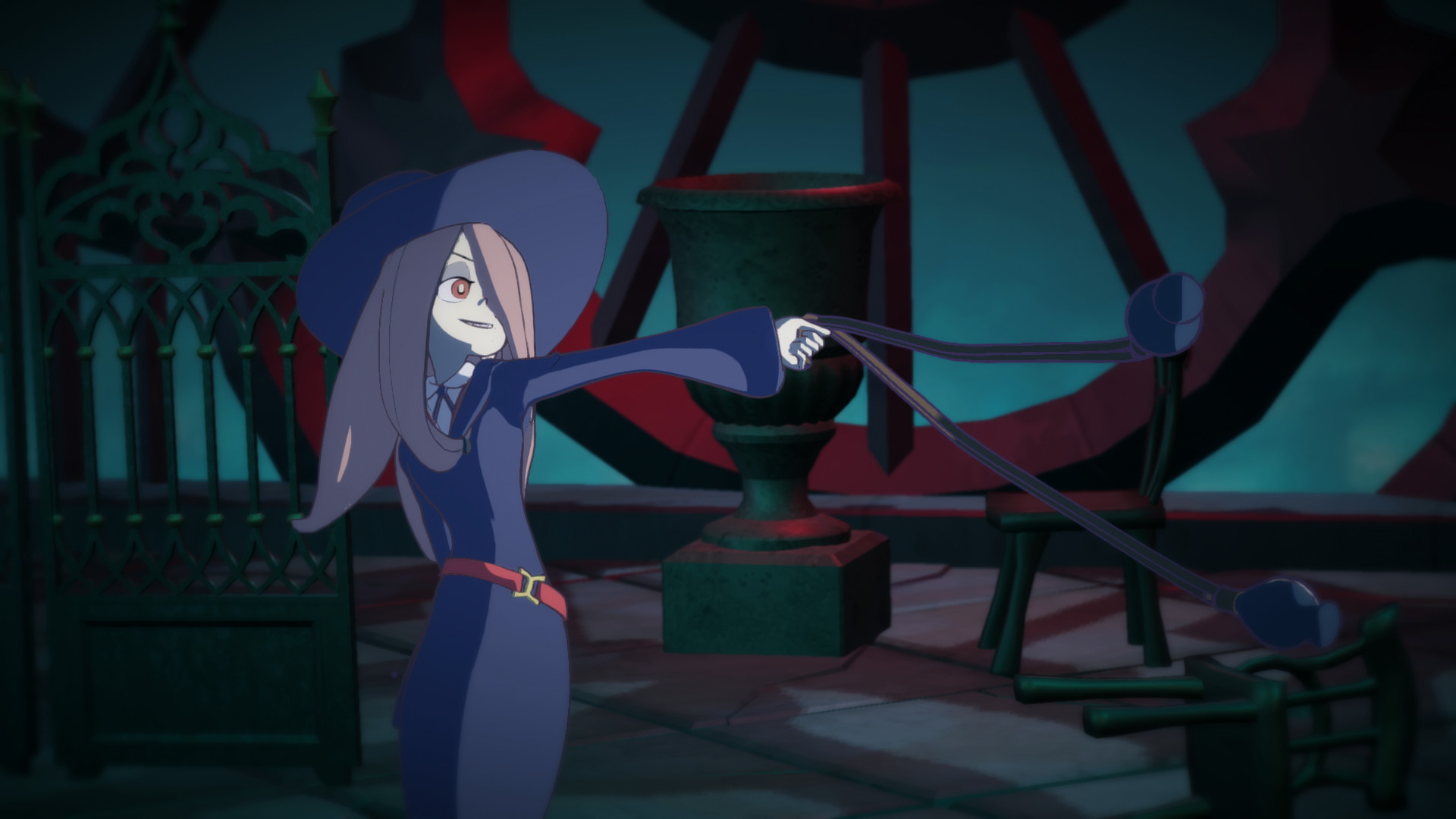 There’s a lot of noteworthy things about Chamber of Time. The whole campus of Luna Nova and its inhabitants are modeled and animated fully in 3D and yet is still able to keep its original wacky vibe. While sometimes the anime look of the characters clash with the environment (to the point where it can look very awkward), it still manages to provide a stunning backdrop, especially since the game makes it capable for us to actually explore the entire campus. The character cutscenes are also animated pretty well, with the transitions from 2D to 3D neither ruining or diminishing the quality of the wacky character expressions that Akko tends to make. If you didn’t know any better, you would be convinced that Studio Trigger (the animation studio that created the original anime series) were also the ones that had developed the game; they did, however, animate the 2D movies in the game.

The whole adventure is smartly designed around time. Within the 24 hour period that you are able to explore the campus, characters and quests change by the hour. You are also able to retain your knowledge from previous loops which affect how you influence events to a significant degree (which you actually do in some sidequests). This causes some frustration though since the character/quest shifts are hourly/bi-hourly and Luna Nova presents quite a trek on foot. Thankfully, the minimap provides you a handy hint on where sidequests can be found and the Events tab helps you keep track of your progress.

Battling is as fun as it’s supposed to be. Reminiscent of how those retro arcade games play like Double Dragon or Teenage Mutant Ninja Turtles but instead of using your fists or weapons, you use spells. Combat happens in a 3D side-scrolling environment, with you playing as Akko or one of her friends and classmates (like Lotte, Amanda or Diana) and two other characters accompany you as independent support. Each character has her strengths, weaknesses and a unique leader skill, so party compositions are very important. Whichever character you control is capable of firing three basic spells for your Weak, Normal, and Strong attacks respectively. You are also capable of firing special spells at the cost of MP. While MP does regenerate, your spells do need a buffer before you can fire them again (except for your basic attacks), and certain spells do require a certain amount of MP before you are capable of casting them. The main issue is that it can get confusing at times, especially with three characters firing spells simultaneously. This makes it hard to gauge your own performance in battle. 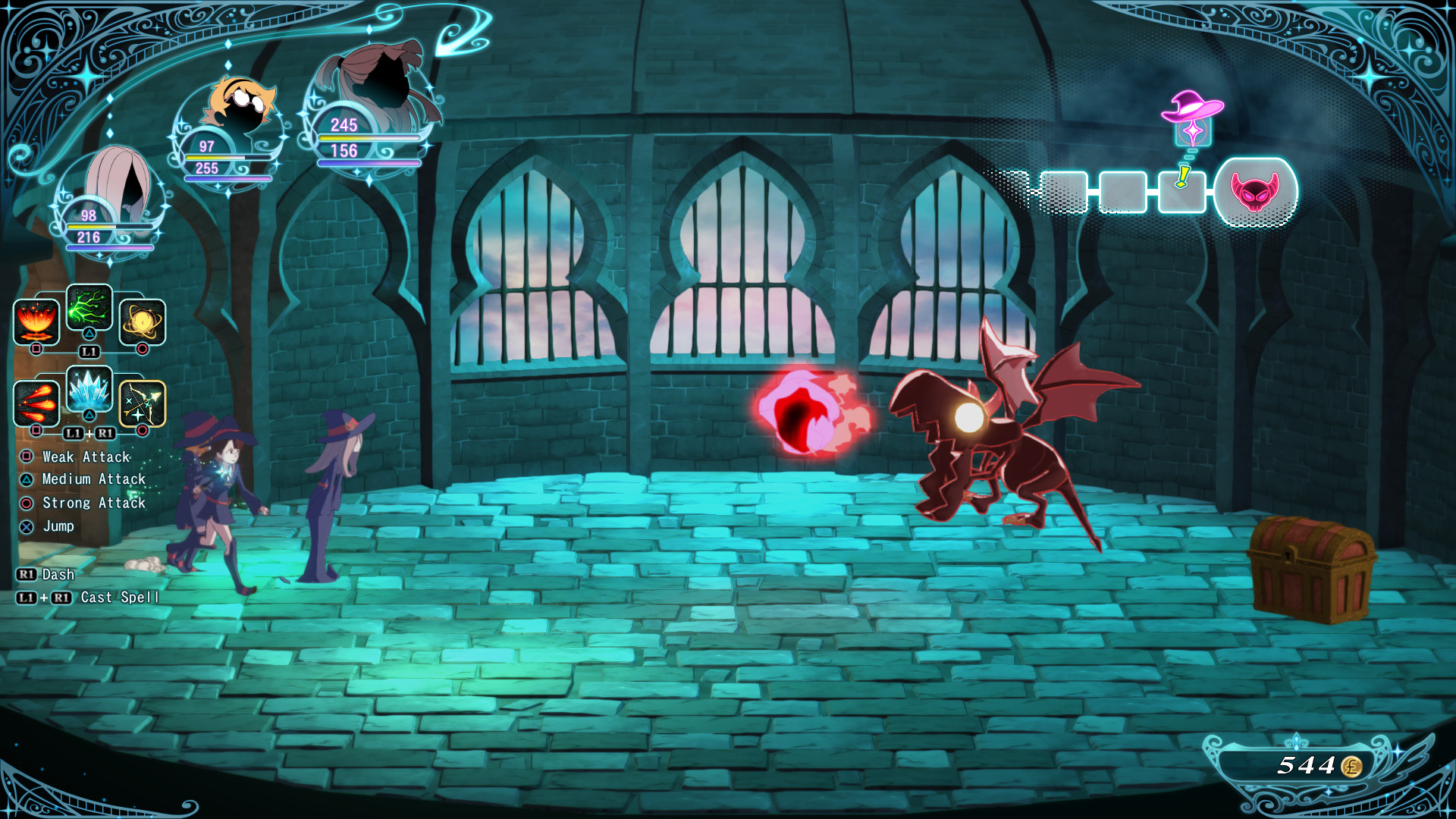 It’s also interesting to note that the developers took extreme care in creating the character stats and skills in conjunction with their anime counterparts. For example, since Akko is considered a dropout character, her MP is pitifully low and thus is unable to use powerful spells. Meanwhile, Diana, the genius character, has the highest MP right from the very beginning. For the sole purpose of diversity, we are able to increase stats through leveling up and proper allocation. This means we can increase what stats are lacking for each character and that attention to detail is very nice to see.

Overall, for an anime-tie in game, they certainly put in a lot of effort to make it an engaging experience as it could. From Akko’s animations to conversations and movement, it certainly feels like we are playing the anime instead of watching it. Everyone is also fully voiced, even the minor NPCs. The minor hiccups like the slightly misaligned camera, the mistimed lip syncing, and the awkward mesh between the anime look 3D characters and the normal-ish loom of the 3D environment only slightly dampen the experience.

If you’ve watched and enjoyed the original Little Witch Academia, then it’s highly recommended for you to pick up Chamber of Time, as it can be considered its OVA, but in game form!

Little Witch Academia: Chamber of Time - Review
Score Definition
When the issues of a game are rolled and stomped by its greatness, then it’s something to invest on if you have some spare.
Pros
A fully 3D experience that lets you reimmerse yourself to the LWA universe
Cons
Catered only to those who’ve watched the TV show.
Battles are a bit of a confusing mess
8.5
Great