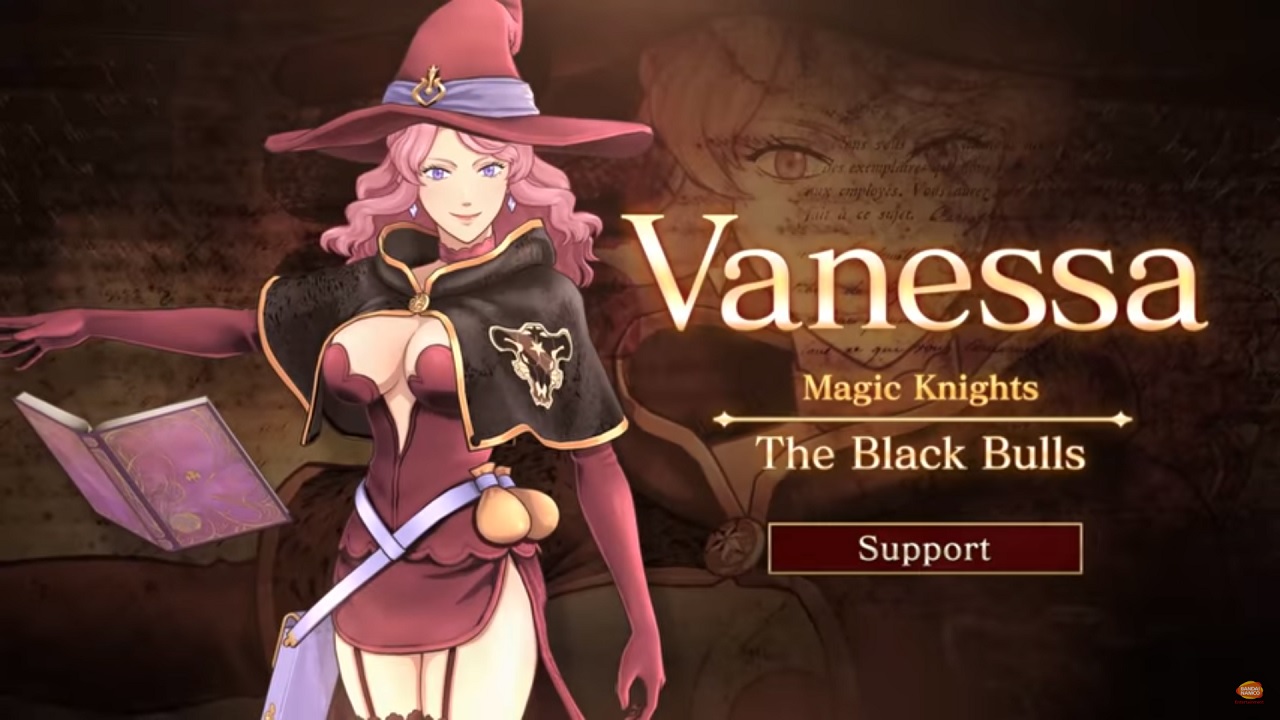 The new trailer that Bandai Namco Entertainment revealed featured the beautiful and sexy Vanessa Enoteca, a member of the Black Bull Squad. She is a powerful spellcaster that has the ability to control thread. Her support in the battlefield includes mending her companion’s clothes.

In the video game, Vanessa can go into the offensive when needed. She loves to drink alcoholic drinks, which made her known as the Drunken Frenzy Witch.

The game will launch first in Japan this coming Sept. 13. North America and Europe will get their copies on Sept. 14. It will be available on PlayStation 4 and PC.

Check out Vanessa’s character trailer below: