Hi-Rez Studios has a bit of a reputation of riding gaming trends. I guess it has something to do with people comparing their game, Paladins, to Blizzard’s Overwatch. Granted, Paladins eventually did do enough to distinguish itself. In the eyes of the gaming public, however, it will always draw comparisons to Overwatch. Fast forward to today, and it seems like the good people at Hi-Rez are at it again with their own take on the Battle Royale genre. Ladies and gentlemen, I present to you Realm Royale! 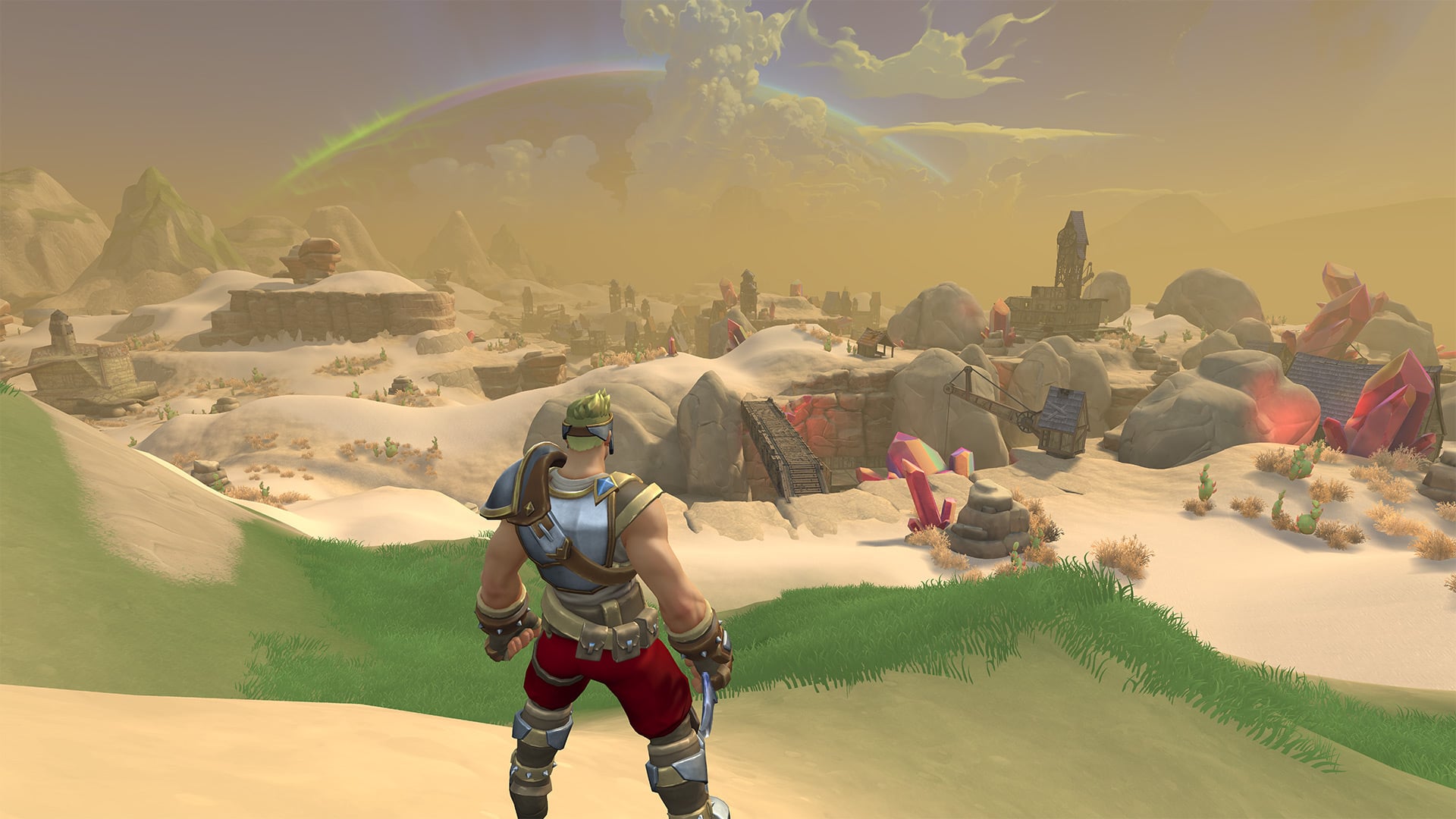 A round of Realm Royale starts like most BR games – you enter the map on a zeppelin, choose a landing point on a map that contains several biomes ranging from deserts to swamplands, and scavenge for weapons once on the ground. From that point on, it’s only a question of which of the 100 players survives to the end of the match. And I do believe that’s where the similarities end.

Realm Royale is unique to the genre in several ways. First, all weapons have unlimited ammo. The no ammo excuse is pretty much non-existent here. Secondly, you are able to craft gear while being in the vicinity of a forge. Third, character classes possess unique abilities that further encourages team play. And lastly, players have the ability to summon mounts at any time to help outrun the zone (aka the fog) or just a means of getting to your next encounter a lot faster.

As mentioned previously, Realm Royale is a class-based BR game. Players can choose from a variety of classes including the warrior, mage, assassin, or engineer. Each class comes with their own abilities that no other class can utilize. Mages can use different spells, assassins can use smoke bombs to hide their position, and engineers can build turrets to watch over them as the team work on the forge. 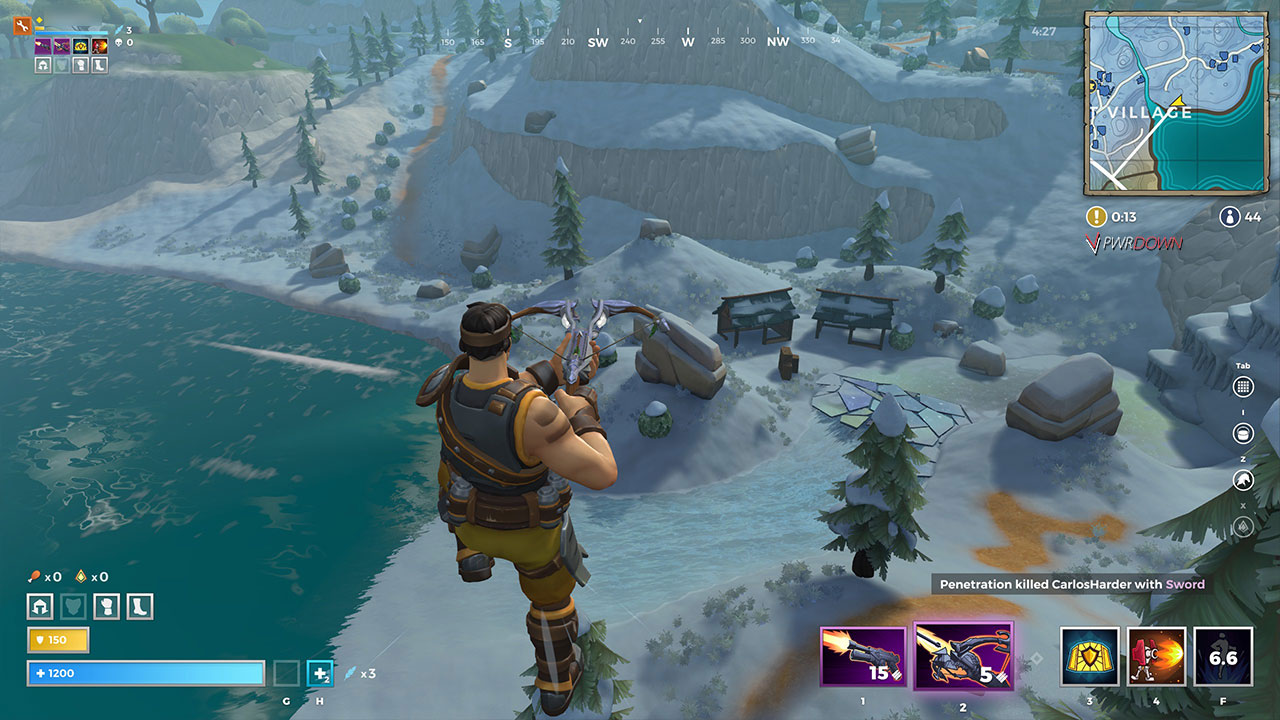 Players have access to health potions and armor potions to keep themselves alive. Gear in this game is split between armor sets and 2 equippable weapons. All players in the team can see the rarity of your armor sets as well as the types of weapons you are wielding. The weapons come in a variety of forms, from the traditional rifles and shotguns, to the fantasy stylings of staffs, swords, and crossbows.

Players can equip up to 3 abilities/spells that allow them to do various things. Offensive magic like the fireball inflicts burst damage with a hint of burning. Recovery spells like the iceblock allows you to be impervious to attacks while gaining health. Mobility spells like soar allows mages to fly through the air with ease.

The forge is where players can make gear using shards they get from recycling random gear and unwanted items. A cap of 200 shards prevents players from hoarding them all through out the match. Players can only forge one piece of legendary gear per forge. This not only discourages the prolonged camping of one forge location but also ensures that forges all along the map become hotspots for player activity. Legendary gear is not allowed to be picked up by anyone except by the person who made it for a limited amount of time. Should the owner fail to pick up their gear, it will be unlocked for all to pick up. It sucks to lose out on a gold and silver set that is both beautiful to look upon as well as terrifying. 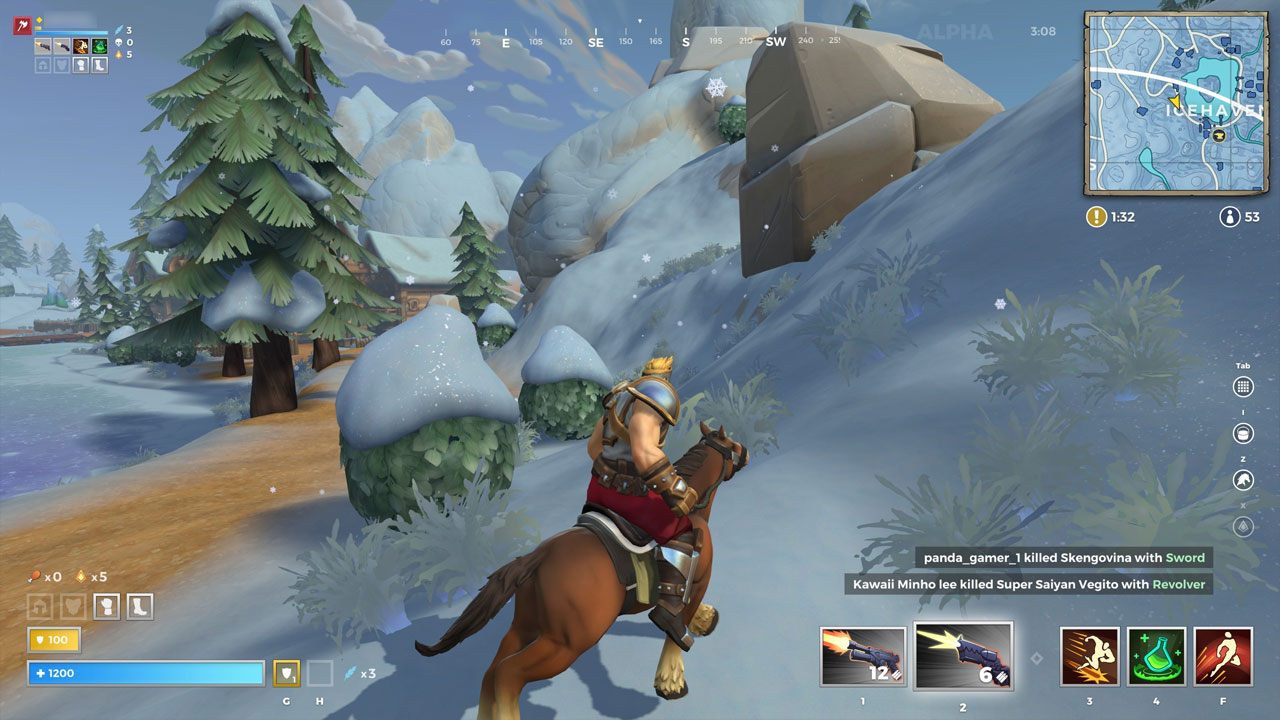 With all the basics out of the way, let’s talk about zone. Or in this case, the fog. Zone damage in this game is different from a game like Fortnite. In Fortnite, the storm ignores shields and directly reduces health. In Realm Royale, however, the fog damages armor first before taking any health. Once a player goes down, they turn into a chicken. Players turned into chickens have no choice but to run around, dodging enemy attacks, for 30 seconds. If they survive, they get back into the game with critical amounts of health. Turning players into chickens and taking their golden chicken statue allows for the creation of powerful gear in the forge.

Supply drops are kind of under rated at the moment. They start to appear as the fog at least covers more than half the map. The problem lies in the fact that by the time you find one of these illusive containers, you will probably have legendaries of practically everything.

And that is pretty much all that can be said about Realm Royale. It’s an amazing game if you play it with a group of friends. The single player experience can be all over the place. I do think that winning a solo game takes a fair amount of skill compared to other games. The mobility and the fact that any player can forge their classes’ most powerful gear means that its going to be an uphill battle at the end. It’s going to take an absurd amount of luck to outplay a group of players all rocking legendary weapons and armor. Only time will tell how High-Rez is going to handle balancing with the game.

With everything said and done, the question still remains – Do you have what it takes to claim the Crown Royale?