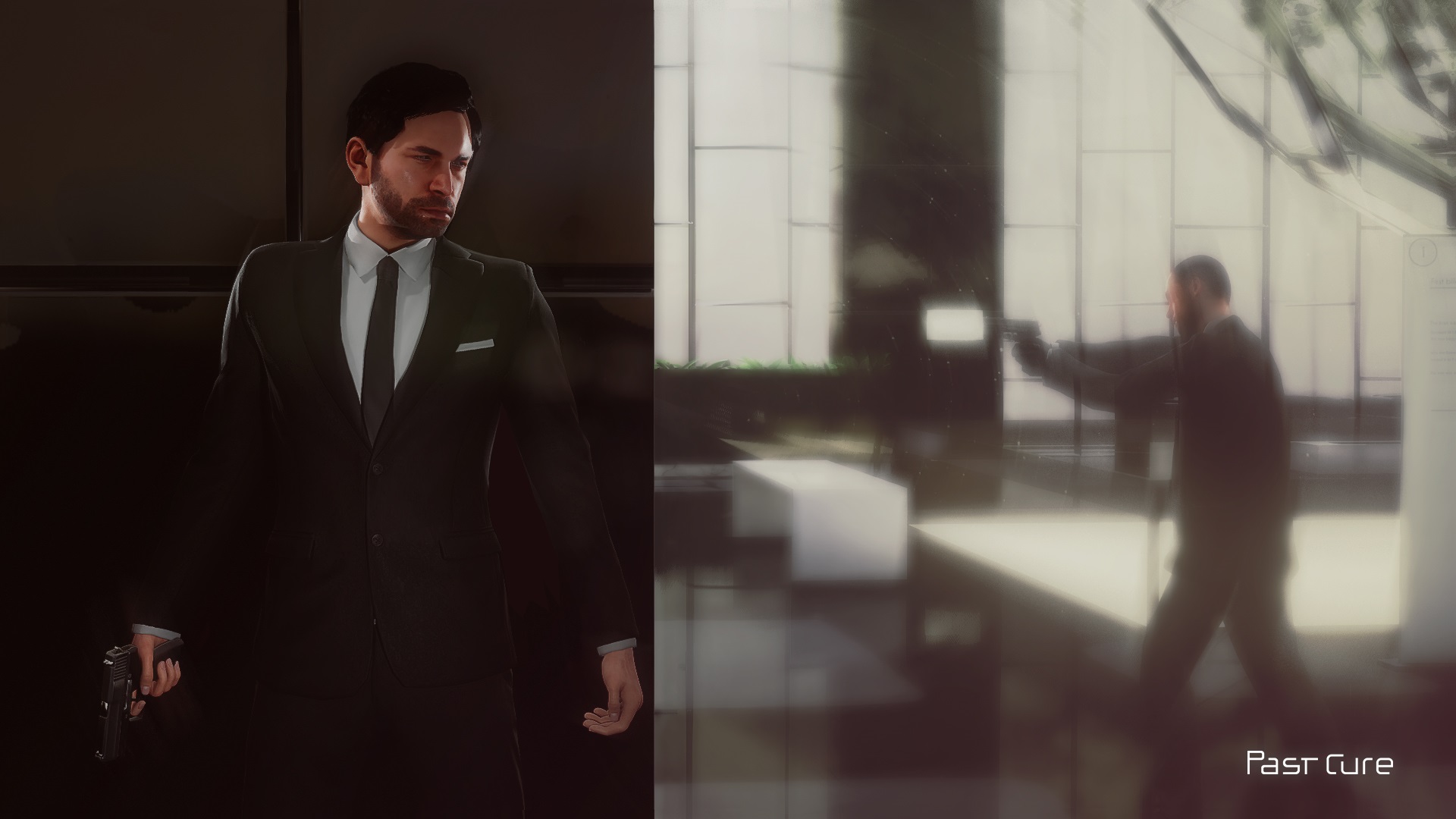 Past Cure Review – An Utterly Buggy Mess Of A Game

What do you get when you combine Hitman and Silent Hill into one game? An utter mess, that’s what! Past Cure is a game that has half-assed stealth gameplay, weird puzzles, buggy visuals, and so much more. Whoops, I’ll stop there and just tell you more below. Check out some details first.

Now, let’s get into this mess of a game.

Graphics: Another game with washed out visuals, buggy, and ridiculous

Past Cure’s visuals are a mess. Sure, the overall visuals aren’t that bad and are actually serviceable, but it just breaks down as the game goes on. I’ve played so many bad games before and this one just goes up a notch to my list of horribly gone buggy games. I’ve played this on the Xbox One and I’m pretty sure that the console can handle tons of visual assets, even the heaviest ones like No Man’s Sky and State of Decay 2. Past Cure is just messy and a lot of times failed to load their assets as the game goes on. I’ve played it on digital and it seems like it forgot to load that certain area or hell forgot to sprout out that certain NPC. 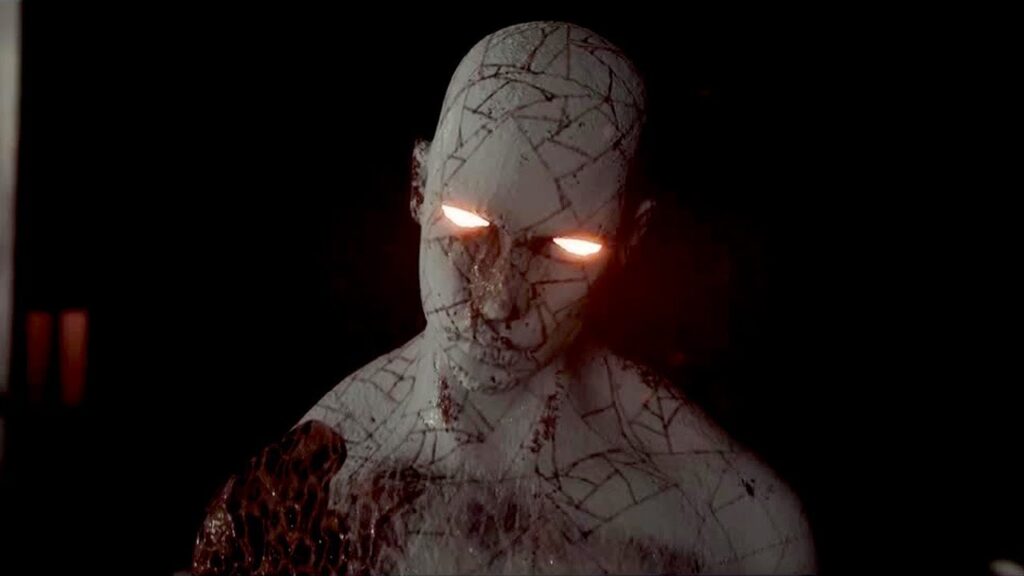 On default settings, Past Cure will be a very dark game to play. I’m sure I’m playing on a good monitor and the colors and brightness should be at peak settings. It still is too dark to play that I had to adjust the brightness in the game. Sometimes the dream sequences can be so dizzying to play, even though it is on a third person view perspective.

There are some small things too like the doors, maaaaaaaan, the doors just, I dunno, it just flies open when you press the action button. Past Cure has some pretty ambitious visuals (that I felt fell short), but can’t they put more effort on some animations? Even the hand-to-hand combat looks off. I’m gonna stop here, it’ll just punish them more.

For graphics, I’ll give them a 3 out of 10 points. The game looks ambitious and has tons of areas that could’ve been great in terms of visuals, but it feels like it felt short.

Story: It’s hard to put together

Sure, Past Cure has some sort of story structure, but I can’t seem to sympathize with the character. The beginning of the game is so bizarre and weird that you feel like you were in the twilight zone. Get past that and you will finally know what it is all about. It’s about some Latino guy that was once military and was abducted by some mysterious organization. After a few years, he turns up somewhere in Europe if I’m not mistaken and he got these weird powers that he could use against his enemies. It’s a combination of dark psychic powers and out-of-body experience with some dark horror Silent Hill style. He also behaves like the guy from Hitman, but he has some poor stealth takedown skills by the way. Then he goes into this dream state where his dreams are filled with weird mannequins trying to kill him with just one hit. Seriously, it’s kinda freaky and I just don’t understand what the hell is happening to him when he fuses that with reality. In sort of wicked way though, it’s the work of some kind of drug that some of the grunts also get these strange powers as well. 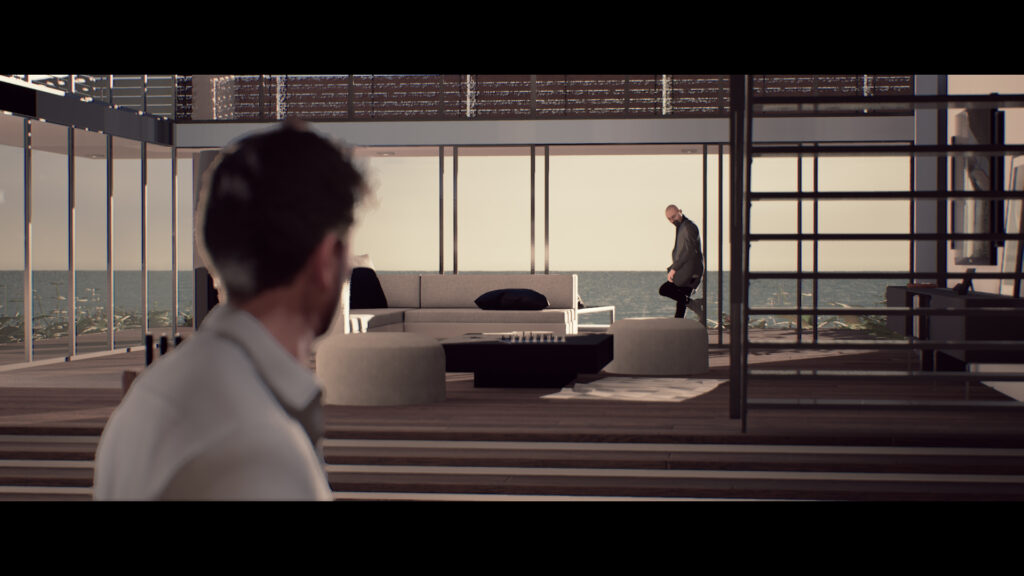 Anyways, the point of the story is his quest to look for the guys who did this wacky thing to him and make them pay. And also to get answers and maybe a cure for his weird powers. Yeah, that sort of a story.

For the story, let me give this game 4 points. It’s got some structure, well sort of, but it just confuses me with this strange fusing with this dark psychological stuff.

In the beginning of Past Cure, you are thrown into this nightmare world and you have to survive against these terrorizing mannequins that hunt you down and kill you with one hit. That’s normal mode. NORMAL. MODE. They kill me with one hit, but I shoot them with my handgun twice or thrice before they go down. And my bullets are gone. Yep, you die so easily that it frustrates you and lessens your pride as you lower your difficulty to easy just to survive this one stage. Jeeze. Then on later stages, you go into a la Hitman style by infiltrating a building that has this drug that you have to find. Buggy stage? Check. Awkward takedown animations? Check. Gun sight mechanics feels a bit off? Check. Gun changing mechanic animation buggy? Check. Surprisingly, the countering an enemy with hand-to-hand combat is a lot easier to do. The rest is just so awkward, even shooting a gun feels off. 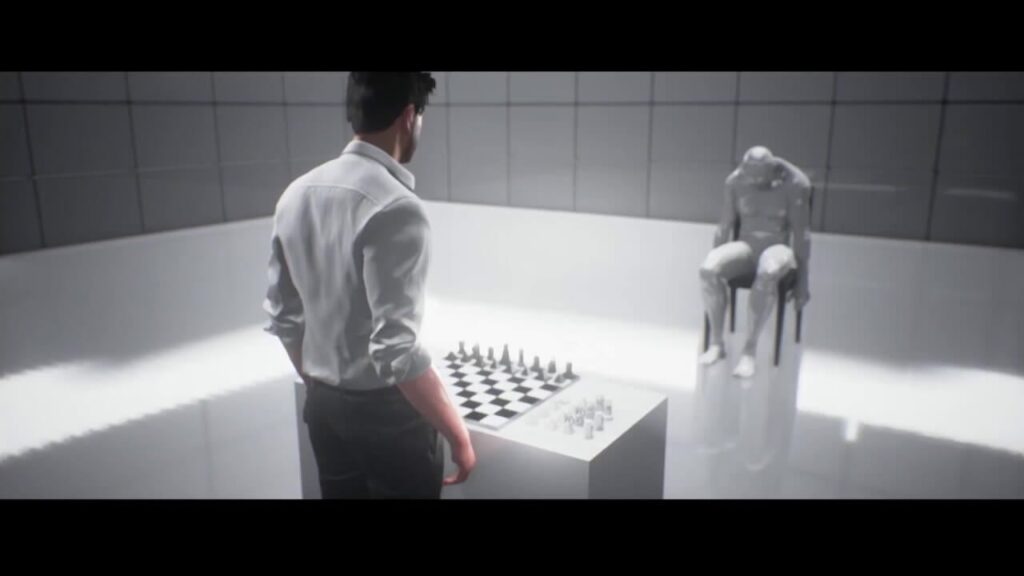 The illusion or nightmare mode of the game is quite weird as well. The puzzles can sometimes be a bit frustrating, but most of them are easy to figure out. It’s just so weird that when these sinister figures touch you even once, you will die instantly by beating you up to death. Weird. It looks like a horror, survival type of mechanic, but it does not really blend well with the gameplay. It’s better to have a separate game about psychological horror and another game for stealth action adventure genre. Don’t mix them in equal manner, it just doesn’t feel right.

For gameplay, my grade will be 3 points. Just make it straight psychological horror please?

Aside from the broken sound effects, everything else is fine. The voice acting is actually okay since that’s how the character is portrayed to be: a silent type of guy that encountered some weird stuff. At least the dialogues are good and can be understood. The soundtracks are pretty intense and thrilling at the same time. Nothing that grand, but at least it’s serviceable. 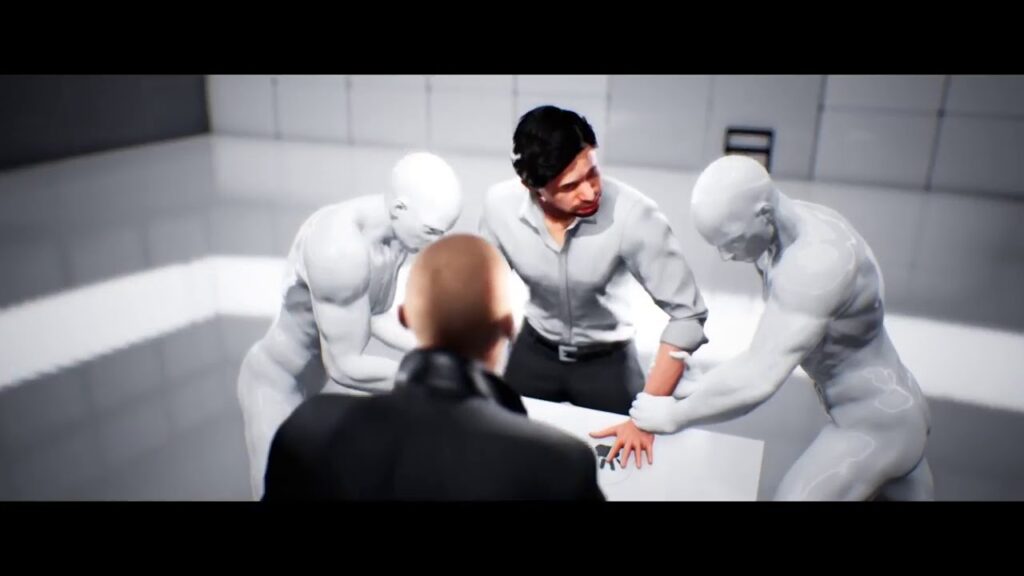 For audio I’ll give it an 8 out of 10 points. That’s something the developers done good with.

Replayability: It’s a game you should play only once

Will I play Past Cure again after finishing the last chapter? Nope, I don’t want to go back and I want to delete the game from the Xbox One game library afterwards. The game should be played only once and never again touched. It should be buried away in the library forever, never to be found. There’s no sense of going back anyway, there’s no leveling up mechanic and no new game plus so yeah, I’m done with it if I finish it once. 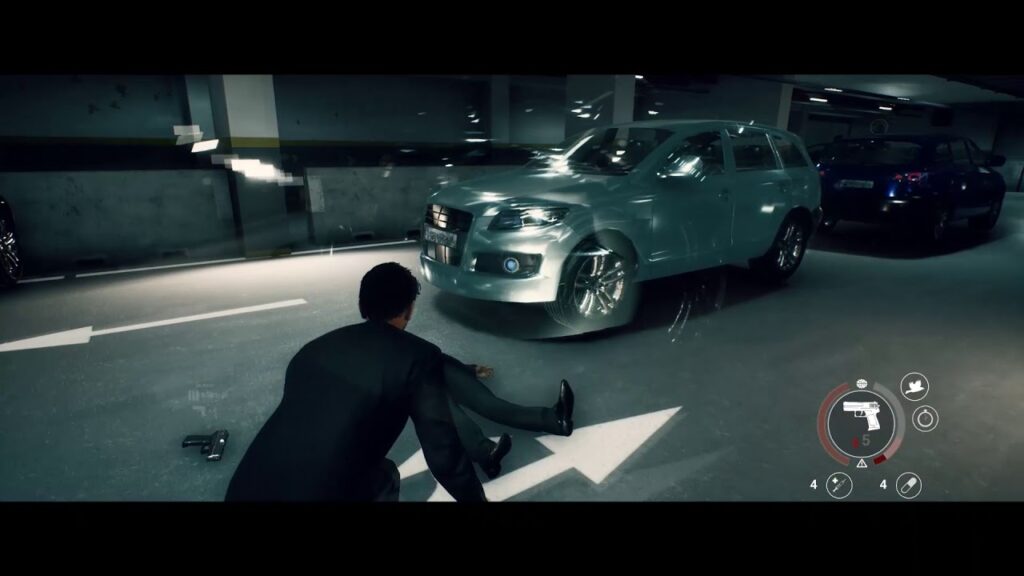 For replayability value, I’ll give this a 2. It’s a game best forgotten and left alone.

To sum things up, Past Cure is waaaaaaaaaaaay past to cure and a poorly developed video game trying to combine psychological horror with stealth action gameplay. Awkward animations, super difficult “normal” mode, weird story, and poor replay value. At least the sound tracks and effects were good. 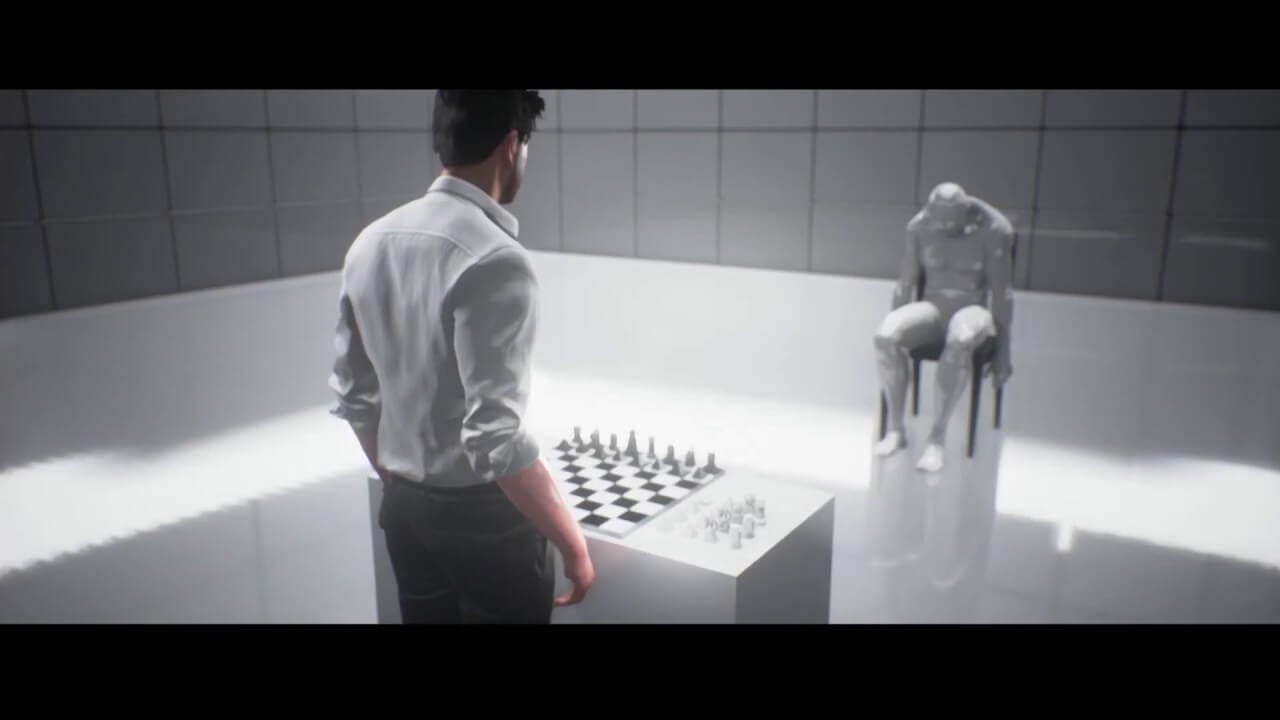 Past Cure (Xbox One)
Score Definition
You’ll be left out with a “meh” after finishing the game. What game did we just play?
Pros
Good music
Okay dialogue
Story is structured in some way
Cons
Super buggy
Bad combination of mechanics
Buggy animations
Normal mode is hard mode
No replay value at all
Gun sight mechanic feels off
Super hard monster enemies
Hand-to-hand combat feels awkward
4
Below Average