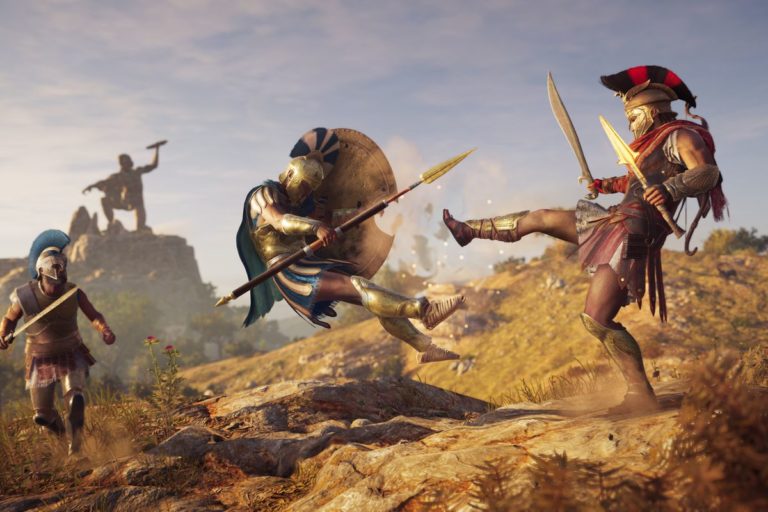 Ubisoft has just announced that Assassin’s Creed Odyssey had the best launch week in franchise history for the current console generation. What with other media publishers giving high praise and some even lauding it as the greatest Assassin’s Creed ever, it isn’t really a surprise that it managed to come out on top of it’s predecessors (you could even say it Spartan Kicked the others out of the way).

Here is what Ubisoft had to say:

“We are incredibly proud of what the team accomplished with Assassin’s Creed Odyssey, and humbled by the amazing reception from critics and players,” said Ubisoft senior vice president of sales and marketing Geoffroy Sardin in a press release. “Based on the quality of the game and the very encouraging reactions from players, we expect Odyssey to be one of the top performing Assassin’s Creed games of all-time. Launch is just the start of this epic journey. We have robust content plans for Assassin’s Creed Odyssey that will keep players engaged and exploring the game’s beautiful and compelling world for a long time to come.”

With the bar set so high, high enough for even a leap of faith even, our review of the game should set the record straight here in Sirus once it’s out so stay tune everyone.